Platforming games are traditionally a console staple. With games like Super Mario Galaxy, Ratchet & Clank, and Jak and Daxter populating the now fully 3D gaming landscape, the PC often misses out on platforming experiences. There are notable exceptions to this rule, of course. Beyond Good & Evil and the underrated Psychonauts are both fantastic PC platforming experiences. Both games have achieved cult classic status at this point, and if you haven’t played them, stop reading this and go do so right now.

The thing is, around the time of the Nintendo 64 and Playstation, we started to lose the classic 2D platformer. With more horsepower came bigger, more elaborate worlds to explore. Again, there are exceptions (Castlevania: Symphony of the Night comes to mind), but awesome 2D platforming games are harder to come by. 2D platformers on the PC just aren’t very common.

Thankfully, we were blessed last year with Super Meat Boy from Team Meat, which was classic 2D platforming at its finest: brutally difficult and geared around precise split-second timing with hazards galore. It was a return to form for gamers who loved the old school challenge of games like Contra and Ninja Gaiden. 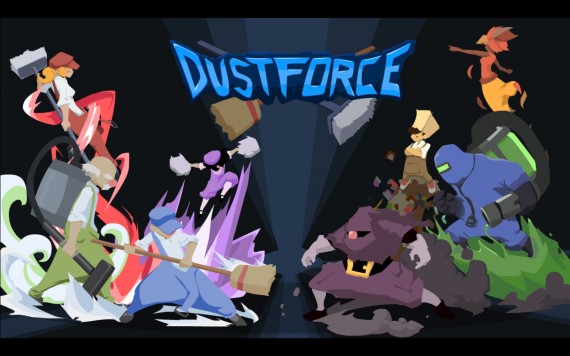 This year, we are lucky enough to have Dustforce bestowed upon us by indie studio Hitbox Team. While not the keyboard-shatteringly difficult game Super Meat Boy was, Dustforce is a gorgeous, well-designed game that will keep you coming back for more. You will play levels again and again, trying to work your way to a perfect Double S rank to move up the Steam leaderboards. 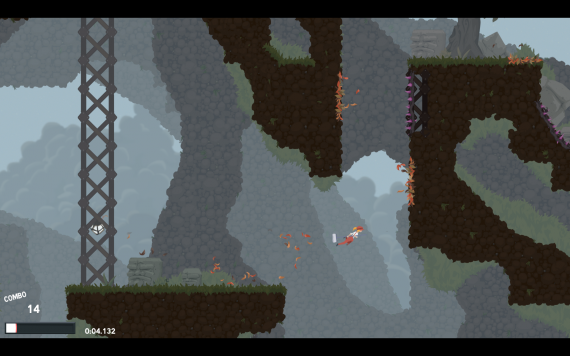 Dustforce is a deceptively simple game. You play as one of four broom-wielding protagonists tasked with clearing a level of any leaves or dust, as well as freeing enemies from their filthy prisons to return them to allies. You can scurry up walls, run across ceilings, attack in midair, and double-jump your way out of peril. 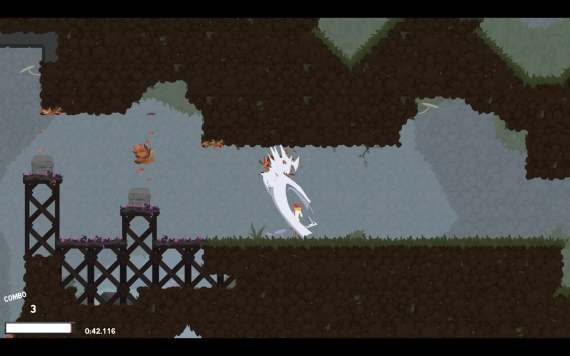 There are two types of attacks: a standard attack and a slower power attack. A combo meter fills up slowly as you clean up filth and attack the imprisoned animals to set them free. Once you’ve maxed out the meter, you can press both attack buttons at once for an area-of-effect attack that will clear any dirt in your vicinity. The combat is tight, and the way enemies are lined up provide for interesting combo opportunities. 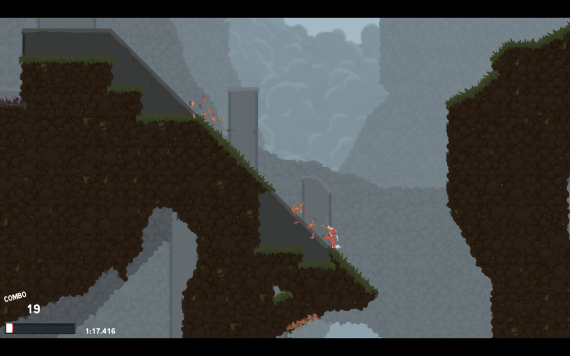 This is all a byproduct of some truly stellar level design. Platforms and ramps flow in and out of one another seamlessly. Timed jumps over spiked pits fling your player across the map and into a timed dive down a leaf-covered hill. Half-connected loops offer a fantastic test of your finger finesse to clear every bit of dirt, while still keeping your character connected to the course. The loops are almost reminiscent of Sonic the Hedgehog once you get the hang of soaring through them. It may sound complicated, but the concept is instantly accessible and familiar to anyone who’s played a Mario Bros. game in the past 15 years.

Thankfully, the developers have seen fit to make the keys completely remappable. If you’re not comfortable with the standard WASD layout, you can rework the key bindings as you see fit. Dustforce also has extensive controller support, though the game surprisingly did not automatically recognize my connected Xbox 360 controller. I played with both my keyboard and a USB SNES pad I have connected to my computer for emulator use, and I found the game slightly easier to maneuver with the gamepad. However, if you’re used to playing these type of games with a keyboard, you’ll feel right at home.

Along with tight controls, Dustforce features a fantastic soundtrack. The music is catchy and changes to fit the mood of whichever part of the level you’re in. It doesn’t have a huge orchestral score like Skyrim, but it fits the tone of a modern platformer perfectly. It’s like a modern update to the SNES 16-bit chip tunes of yesterday. This game is definitely one you should play with the speakers on and the sound cranked up. 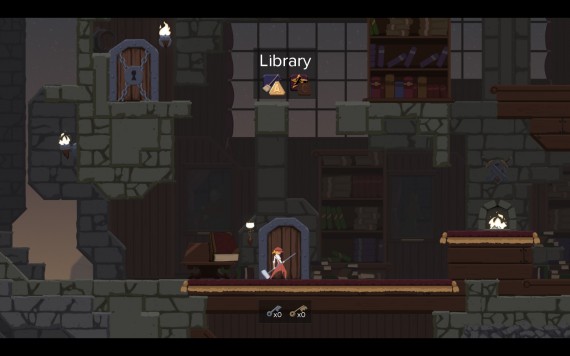 The game features local multiplayer, which sadly I am unable to take advantage of. My wife isn’t much of a gamer, and until I have spawn of my own to poison with video games, I pretty much play solo. The lack of online or even LAN-based multiplayer is unfortunate for such an outstanding game. Should I get the chance to play with more than one player or Hitbox Team decides to patch in online support, I’ll report back with my findings.

The only other shortcoming I found in my time with Dustforce was a startling lack of options for configuration. Aside from being able to remap your controls, the only video option is for windowed mode, and the only available audio options are volume adjustment for sound effects and music volume from the game menu. The game’s graphics are hardly taxing on even a moderate gaming machine, but it would have been nice to at least have simple options for things like anti-aliasing. The game still looks great, but I like to tinker.

Even with its lack of online multiplayer options and its paltry configuration settings, Dustforce is a game that should not be missed. Hitbox Team has done a fantastic job of creating a game that is both amazingly fun and incredibly addictive. You will repeat levels again and again to achieve the best rank. I played one level no less than 40 times during the review process, and stringing the whole level into one 200+ combo to finally get that Double S rank was a truly fantastic feeling.

If you’re a fan of platformers, you should be playing Dustforce today. And with a price tag of only $8.99, there’s really no reason not to. I give this game 8 out of 10 dustpans.