Episode 31 is here and with it comes the return of a very special guest: Jared Gerritzen, Creative Studio Head

Blacklight: Retribution Opens Up to All Tonight

We’ve been closely following free-to-play Blacklight: Retribution since closed beta began. The game has gone through many changes, bug fixes, 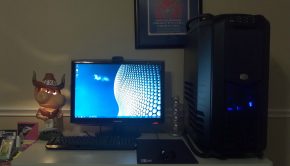 We’re going to keep this short and sweet – this week we feature a submission from forum member ElPolloGuapo. This

Historically, first person shooters miss the mark when trying to develop an engaging single player campaign. All too often the

Amnesia: A Machine for Pigs Coming to Haunt You This Fall

Amnesia: The Dark Descent has become legendary on YouTube and live streams as the scariest game available. Search “Amnesia playthrough&#

Terraria is one part Minecraft exploration, one part 2D adventure RPG. The game became a smash hit almost overnight after being released

After handing out beta keys like they were candy over the past few months, Hi-Rez Studios announced today that Tribes

This week, John rejoins the podcast after completing a cross-country move to California. We recap last week’s awesome game night,

The Secret World has been on our watch list for some time. Our own Nick J. put this on his

We first reported on the complete insanity that is Orion: Prelude–a combination of Call of Duty, Turok, and some Tribes-like

Guild Wars 2 to Have Epic “World vs. World” PvP

ArenaNet has been releasing plenty of information about the PvE (player vs. environment) aspects of the upcoming Guild Wars 2,