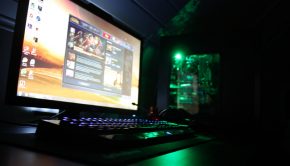 This week, we have a clean setup from forum member Poden. With LEDs behind his monitor, a backlit mouse and

I am almost ashamed to admit this, but I used to play SimCity 2000 every day after school on my

After the large 1.1 update back in January, Mojang is at it again with the 1.2 patch for Minecraft. This

New Baldur’s Gate on the Way?

Baldur’s Gate is a PC classic and one of the first games ever released by Bioware. Originally released in

As reported by Venture Beat, forthcoming free to play title Hawken has caught the attention of some of the same investment