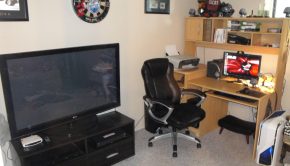 This week’s bro cave is using my personal favorite brand of case, the NZXT Phantom. Add to that a nicely

The original Max Payne games from the early 2000s hold a special place in many a PC gamer’s heart. At

Episode 48 means another notch closer to the 1-year anniversary of the KBMOD podcast! The full crew is present this

PC players have been getting the rough end of the stick from Call of Duty for years now. Since the

MOBA games are all the rage these days, and we know there are a ton of you out there putting

Perspective: Blowing Our Minds in 2D and 3D

Ever since Portal changed how we view puzzle games, challenging and unique puzzlers have been all the rage. Games like

Episode 47 of the KBMOD Podcast is here! We don’t have Brandon this week, as he was busy with work,

Seriously, Frictional Games? One trailer in and already you have us curling up in the fetal position in horror? Just

Late last week, a new patch rolled out for Blacklight: Retribution that continues to evolve the game with the addition 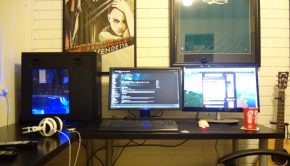 This week’s bro cave comes to us from forum member lukasensei. With dual monitors, a SteelSeries headset, and a couple

We loved what we saw of Ubisoft’s upcoming title Watch Dogs at E3, and now more details are starting to

It’s that time again! After a month hiatus due to the Child’s Play marathon, community game night is back! Come