Curiosity Beckons You to Crack the Cube

Peter Molyneux and his development studio, 22 Cans, have just released their “game” Curiosity, now available on Android and iOS. You can now join thousands of other players in tapping away at a monolithic black cube in an effort to reach the center. To discover what lies inside the cube, it’s been revealed that players will have to chip away at approximately sixty billion pixels. 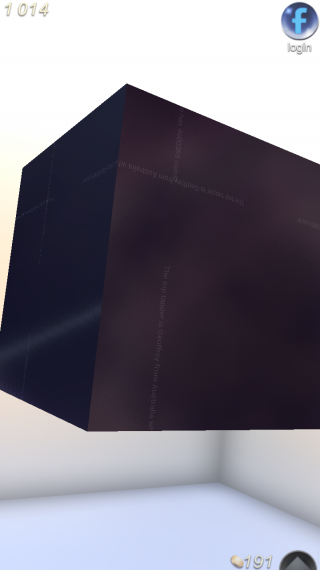 I’m not exactly Peter Molyneux’s biggest fan, and you may recall that I was not keen on the idea of this experiment when it was first announced, but after trying the game, I think I might owe the man an apology. I am surprised to find myself saying that Curiosity is actually pretty well executed as a social experiment. And I’m apparently not the only one who thinks so, because the game’s servers were slammed as soon as the it launched, with users trying to get in and leave their mark.

Honestly, Curiosity is pretty simple. See the cube, zoom in on the cube, then poke at the cube. But instead of bits falling off randomly as you pick away, you can choose precisely which bit you’d like to get rid of, allowing all sorts of shenanigans. People are drawing patterns, logos, profanity, and other nonsense, but overall, it’s rather impressive. As you chip away at the outer layer, the layer below begins to reveal itself slowly. However, you can’t begin picking at a lower layer until every single pixel is removed from the current layer. Thankfully, once a face of the cube is clean, the game lets you know and moves you to one that still needs to be cleared. 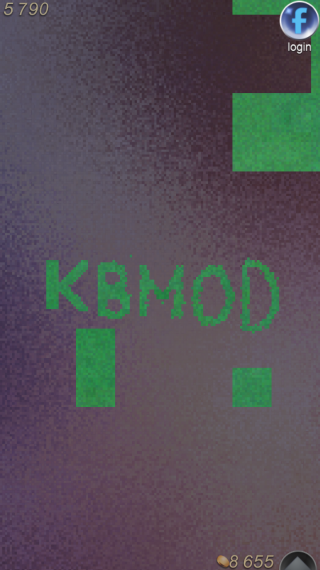 To entice players to keep tapping, each pixel you break adds to a combo multiplier that increases the coins you earn for breaking away pieces of the cube. As long as you keep hitting pixels that can break away, the combo keeps going up. At one point, I had a 19x multiplier, only to bump a pixel on the layer below the surface and lose it all.

Additionally, if you manage to clear all the pixels on your device’s screen when you’re zoomed in, you get a coin bonus. These coins can then be used to purchase upgrades that allow you to destroy more pixels at a faster rate. At the moment, I’ve got just over 50,000 coins from a couple hours of randomly tapping around. I’m still a long way from getting the fabled diamond chisel, which costs an ungodly three billion coins.

Whether or not the content of the cube will be worth the effort remains to be seen, but as a diversion to pass the time while waiting for the bus or standing in line at the grocery store, Curiosity is an amusing way to doodle and play around as you try to crack to the core. It’s also amusing to see what others have drawn on the cube or collaborated to create. The game is free and definitely worth checking out, as it’s actually a lot more interesting than I initially expected. In short… I’m sorry I called you a smug bastard Peter.

2 Responses to Curiosity Beckons You to Crack the Cube