This week sees a full cast, including a special guest appearance by our own CheddarChezz! In the news, we discuss

Streams this week start off with Dan continuing his playthrough of The Walking Dead with Episode 4, followed immediately by 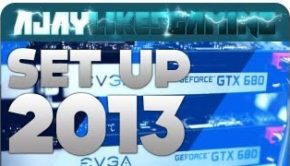 This week’s bro cave comes to us from streamer extraordinaire AjayLikesGaming. He has built a beast of a machine and even

The Walking Dead Let’s Play is now on YouTube

I wasn’t a believer in Telltale’s The Walking Dead and didn’t really give it its due in 2012.  Now that

We’re three-quarters of the way to 100 episodes and still going strong! This week, we dive into the major

Another week of livestreams are coming your way! Dan continues his playthrough of The Walking Dead tonight, and Nikon hits

When I first heard about Cyberpunk 2077, the new IP from CD Projekt RED, I was sold. Cyberpunk-themed RPGs traditionally

Welcome to the January version of our PC build guides. As with before, we have implemented hard price limits ($500,

This week, we’re getting back into the groove with our regular cast. We start off with what we’ve been playing,

Our livestream lineup is bursting at the seams with exciting shows for you almost every night this week! The Grind

DigiPen student-made puzzle game Perspective has been on our radar for some time, and once it was released last month, we