This week we make some changes to the stream schedule and introduce a new KBMOD feature. Monday and Tuesday Dan

Episode 102 is here, and the full OG crew is back. We start off with talking about the final damage

We start off the week with the finale of the excellent Tomb Raider.  Tuesday brings a slight change up of 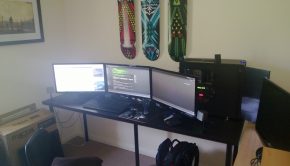 Every once in a while we post some sweet highlights from our (nearly) daily livestreams. Today is one of those

Welcome to the July version of our PC build guides. As with before, we have implemented hard price limits ($500,

It’s hard to follow up episode 100, but we try our best with an intimate group of four. John, Brandon,

The century mark. Triple digits. The big 100. We are finally here and are packing a mega-cast to back up

Episode 99 is here!  One episode away from the big 100. Dan, Scott, John and Nick Fenton take you through