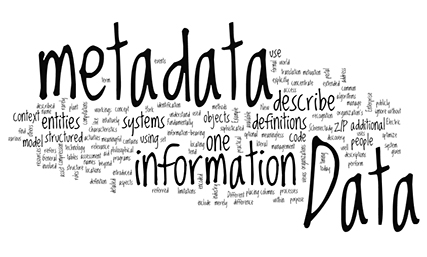 Published on September 5th, 2014 | by ryankapsar

This is the beginning of a weekly column I’m writing for KBMOD that will help tie everyone’s interest in gaming to the important trends in tech business and policy. Each one of these articles will try to connect these concepts to gaming as well as your life beyond gaming. I won’t always be successful but I’ll do my best!

Since Edward Snowden released a large amount of information on the shady dealings of the NSA, we’ve known that American government has been spying on Americans. Many of the more cynical among us might have believed that this was always happening and that we’ve been naive for thinking anything differently. The difference between what most people assume the government is doing and what it is actually doing is pretty significant.

So, what type of spying does the NSA do? There are two major programs that the NSA uses to capture data. The first is PRISM, this program “listens” to the data that you transmit through the internet. They capture all the data that is being sent two and from any given user. They have collected over 850 Billion phone records and emails to date. The other program is simply called the Bulk Metadata program.  This is part of that 850 billion phone records, but was originally intended to focus on terrorists that have links in the US. Mostly what ended up happening is that the NSA has a huge amount of metadata about everyday people, not terrorists.

Why should this matter to you as a gamer?  From metadata you’re able to do two things: first, determine who talked to whom. That allows you to create a social network of all of an individuals contacts. In some cases if you know anything beyond just the connections, you’re able to fairly easily to determine who someone actually is. Second, you are able to determine routines in a persons life. If a conversation happens at the same time every day, that can tell you something about the relationships a person has. If it happens weekly or maybe during work, you can find out something different. Example of a social network

These networks allow the NSA to put together different connections of how relatively important a person is in their network. For example, Dan would be the large dot in the center. The people that he connects with the most would have thicker darker lines indicating strength of connection. From Dan our KBMOD network would have connections to very different networks, such as Jared Gerritzen’s which would have a very different reach than say, Bob’s network, which would pull in connections related to his job.

Using the multitudes of networks we’re members of, it’d be possible to fully develop the KBMOD network. Furthermore, since this community is international, it would likely garner more attention than a network that is solely in the United States. From these connections, the NSA would know all the different people you’re hanging out with, the games that you play, the times you play, and a litany of other data.

This isn’t meant as a scare tactic, but just an explanation. The point isn’t that you should stop gaming, or leave gaming communities, it’s that the US government shouldn’t be spying on you. You have the ability to put pressure on your leaders in government to try to fix things. You shouldn’t have your data recorded for your emails or tweets. You shouldn’t have your metadata tracked and potentially compromise family and friends.

Fortunately for us all, this program is being challenged in the courts. It has been ruled unconstitutional once, and may again in the future. For now, stay frosty out there and check out the KBMOD guide to internet security we posted: Part 1, Part 2, Part 3.

One Response to Policy and Games: Understanding NSA Metadata and Gaming Communities