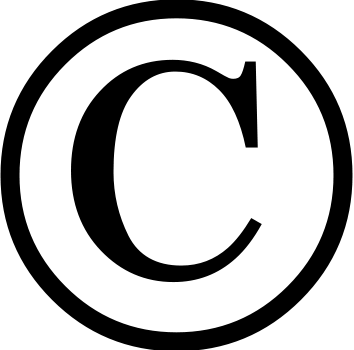 Policy and Games: If Copyright is so tough, why are there so many copycat games?

All creative endeavours are covered by up to three government monopolies; copyright, patent, and trademark. Each one serves a unique purpose – copyright protects entertainment and written media, while patents cover technology, and trademark protects brands.

In the case of copyright and patents, they are often both applied to a technology. For example, Oracle had a patent on their Java API alongside a copyright on the underlying code – this is literally written character by character in the code itself. Google and Oracle got into a lawsuit over this as Oracle was trying to take some ownership of Google’s Android operating system. The jury partially ruled in Google’s favor and partially in Oracle’s favor. It was found that Google did not infringe on the patents, however, the court ruled that the code is copyrightable and that Google did plagiarise part of Oracle’s code in their Java deployment.

While copyright and patents protect things you can buy, trademark is related to managing a brand. A few years ago, there was a lawsuit between Victoria’s Secret and Victor’s Little Secret (a lingerie store) over trademark. Since both businesses were in the same industry and there was a potential for confusion, Victoria’s Secret won the suit, forcing Victor’s Little Secret to change the name. Interestingly, it’s impossible to trademark common names – for instance, the Windows OS title cannot be trademarked because, well, everyone has windows!

Gaming is not immune to these types of issues either. Granted, a lot of this happens more in the mobile gaming space where pumping out games quickly, cheaply, and with micro-transactions is vital to some of these company’s long term survival.

The mobile gaming company, King, has been the most successful at this approach. Their biggest game, Candy Crush, is essentially Bejewelled with some slight differences in the level construction. The game’s core mechanic is otherwise identical; switching two items so that three or more are in a line and eliminating them for points, followed by refilling that space with additional items. This mechanic isn’t copyrightable though it might be patentable. When Bejewelled first released, most companies weren’t patenting software and so no efforts were made to protect their intellectual property.

Since mechanics are not copyrightable and patenting is far too slow and expensive for the mobile gaming space, there’s very little protection for these companies. Instead, developers are forced to rely on trademark to protect their brand. Notable examples include Candy Crush creators, King, who went as far as to try and trademark the words ‘Candy’ and ‘Crush’ to protect their IP.

In the PC space, we have seen companies continue to churn out games with very clear similarities. There are large nuances between a Call of Duty and Battlefield game, but the underlying mechanics have been the same since Doom or Wolfenstein – WASD to move and click to shoot.

Of course, with graphical developments, there are a few more bells and whistles but you still move, shoot, pick up guns, kill and die. Those are the bare basics of a first person shooter. However, these base mechanics are not copyrightable and thus this offers games designers huge opportunities to innovate and improve them in their own titles.

King has a reputation to copycat ideas and this isn’t likely to change. Triple AAA titles copy their own model and try to keep their success alive. However, new companies can just as easily take an existing set of mechanics and create truly novel games with wild success. I think that’s what I love the best about indie games – the mechanics aren’t novel, but the games certainly are.