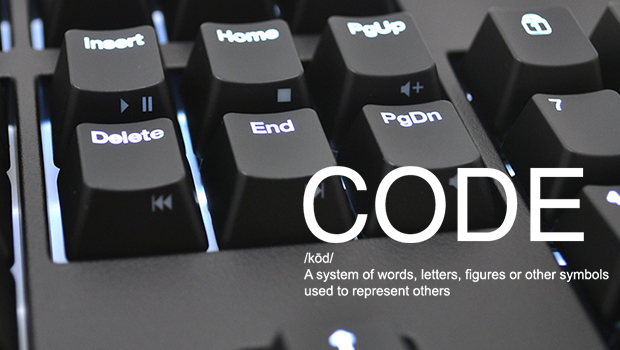 Published on March 18th, 2015 | by AjayLikesGaming

This is a KBMOD community post by @Dalesy617.  If you want to help shape our content and take a larger role in the community here at KBMOD, submit your article idea for consideration at [email protected].

Three years ago, mechanical keyboards were looked at as premium products, sought after by typists and other enthusiasts looking for the best experience possible. With a limited number of mainstream manufacturers, they were often quite expensive, and not easy to find. This is not so much the case today. While still carrying a heftier price tag than traditional dome keyboards, mechanical keyboards have become far more affordable and common as of late, as many popular gaming peripheral manufacturers like Logitech, Razer, and Corsair have begun producing and marketing them as their flagship “gamer” models. Mechanical keyboards are now found on the shelves of virtually every electronics store, and they are a more relevant option to the average gamer than ever before.

However, this evolution of production and marketing has not killed off the original enthusiast crowd surrounding mechanical keyboards. There are still many companies today working to create the best keyboard possible, with some models shooting to what many would consider absurd prices.

One such attempt at typing perfection (that has fallen into a reasonable price range) is the CODE Keyboard by WASD Keyboards.

The manufacturer’s website describes the CODE Keyboard as a labor of love taken on by two keyboard enthusiasts who simply couldn’t find their ideal keyboard amongst the hodgepodge of mechanical offerings currently on the market. One facet of their ideal keyboard is a simple and clean design.

As opposed to “gaming” keyboards, which all too often feature very busy, asymmetrical, and loud design elements, the CODE is all business. The keyboard’s simple black casing is minimal, hugging the keys closely, producing a wonderful aesthetic. The backlighting, while not capable of outputting RGB like many premier gaming keyboards, is a clean white on all seven brightness levels, and reflects beautifully off the white surface underneath the keys. The simple Helvetica font used on the keycaps is a welcome change from the square-ish and overly stylized fonts found on Cooler Master and Razer keyboards, amongst others. The lock-indicator LEDs are subtle and small, which offers a nice, clean look.

With such a simple design, one might worry that media controls get lost in the minimalism. This is luckily not the case. Thanks to a clever dip-switch implementation, the user is able to turn the oft-ignored menu key into a function key, which enables shortcuts that turn the six-key cluster above the arrow keys into a fully featured media control cluster. One negative of this design, however, is that this dip-switch (which is not enabled by default) must be enabled in order to control the brightness of the backlighting. This leaves users who want to make use of their menu key, as well as have on-the-fly control of their backlighting, in a bit of a rough patch.

As far as build quality goes, this thing is a tank. Despite the casing being plastic, it has an insane amount of weight to it, and not a single part of the keyboard feels cheap. I believe the designers, while setting out to make the ultimate keyboard, perhaps also had some worries about home safety, because this thing could easily be used to stop a home invader in their tracks!

The underside of the chassis features the port for the detachable micro-USB-to-full size USB cable that connects the keyboard to the computer, as well as three channels for cable routing – a nice touch that makes it easy to keep your desk nice and tidy. Also on the underside of the case is the dip-switch panel, six rubber pads that will keep the keyboard in place, and rubberized flip-up feet to angle the keyboard. I’ve personally found that the keyboard is angled enough right out of the box, and that the flip up feet simply add far too much elevation.

The design of the CODE Keyboard leaves nothing to be desired. It is as clean and simple in person as it is on the manufacturer’s website. 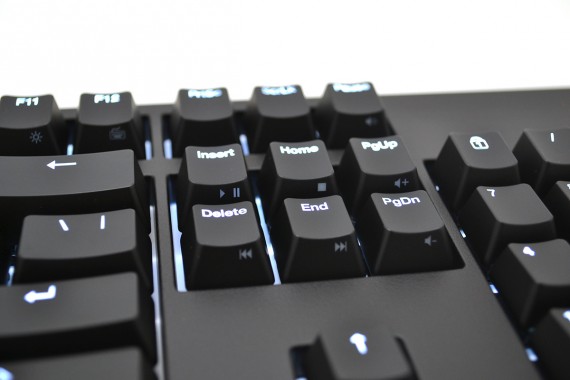 While many would argue that Cherry MX Reds or Blacks, both linear switches with no tactile or audible feedback, are the best Cherry switches for gaming, I would disagree. Having clocked over one thousands hours of gaming on a Corsair Vengeance K60 with Cherry MX Reds (a quality keyboard in its own right), I can safely say that I prefer Cherry MX Browns for gaming. There are many situations, particularly in Counter-Strike, where I find the tactile feedback provided by these switches is a massive aid to accuracy. The tactile bump felt when you depress a Cherry MX Brown switch gives an indicator of when the key has registered. This helps immensely for FPS movement techniques that require precision, like counter-strafing in CS:GO.

The typing experience is also favorable with the Cherry MX Browns. The tactile bump aids the user in not bottoming out the keys, meaning that they only have to depress the key as far as necessary to register the keystroke. This technique, known as touch-typing, helps alleviate strain on the fingers during long typing sessions.

However, the switch is not the end-all, be-all indicator of a keyboard’s quality. The implementation of those switches can drastically affect the typing experience. I’m glad to say that the CODE Keyboard’s implementation of the Cherry MX Browns is mostly great. The typing action is nice, and when the keys do bottom out, they do so onto what feels like a sturdy metal baseplate. 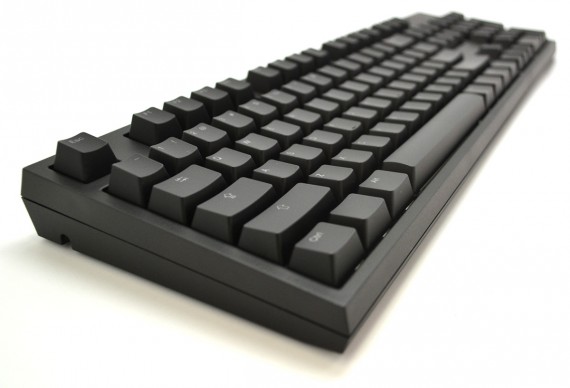 The CODE Keyboard features 6-key rollover over USB and N-Key rollover over PS/2 with the included adapter. This means that you’ll only be able to register six keys (plus modifiers) at a time over USB. However, most gaming-grade motherboards still feature PS/2 connectors. Also taking into consideration that the USB cable’s detachability avoids the common problem of having to restart your computer in order to connect a PS/2 keyboard, this is barely a complaint.

The CODE Keyboard’s aforementioned dip-switch system also enables a great deal of customization. The user can use these dip-switches to disable the Windows key, change the layout to Mac, Dvorak, or Colemak, amongst a number of other useful customizations.

The one significant negative of the CODE Keyboard that I have been able to find is the stabilizer implementation. Stabilizers, the little things that flank the keyswitch on the space bar, shift, backspace, and enter keys, are used to ensure that the wider keys don’t wobble when pressed. Most backlit keyboards use Cherry-style stabilizers, which are essentially Cherry MX switches without the springs. The CODE Keyboard, however, uses Costar-style stabilizers, a wire based solution that is not typically found on backlit keyboards. The reason that these stabilizers are not typically found on backlit keyboards is that they have to be slightly modified in order to fit the LED keyswitches. In the case of the CODE Keyboard, this modification results in a bit of stiffness on the stabilized keys, which may be a dealbreaker for some. Personally, I did not find this stiffness very troublesome, although it is noticeable.

The CODE Keyboard is an excellent offering at its price-point. It is hard to beat this keyboard in terms of customization, aesthetics, and function at the $150 mark.

The CODE Keyboard is available for purchase from WASD Keyboards and is available in Cherry MX Brown, Green, and Clear switches, as well as full-size and tenkeyless layouts.

Summary: The CODE Keyboard is an excellent offering at its price-point. It is hard to beat this keyboard in terms of customization, aesthetics, and function at the $150 mark.