Welcome to the June 2015 version of our PC build guides. As always, we have implemented hard price limits ($500,

The normal crew gets back together this week for the podcast. In one of the most scattered, chaotic podcasts to

Good morning. I played Please, Don’t Touch Anything last night and only managed to get five of the 26 endings 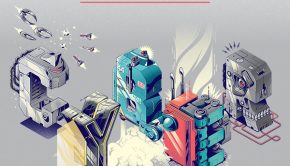 I unboxed the CYBER-themed June Lootcrate and it was a darn good one. Some very cool stuff was included this month

Good morning. I am now back in the world of reality, and I have to admit, it kind of sucks

Good morning.  Things can’t get any weirder today, right?  If you missed it, our post has been updated to reflect

Good morning! I hunted down some news…

Good morning.  There wasn’t much from the weekend for news, mainly because E3 is over, but there is some interesting

Good morning! Wait…what time is it?!?

Good morning.  Hero Siege is a bad game.  By that I mean I love it, but it kept me up