Those sensitive to minor spoilers may wish to avoid the video presentation of this review.

Touted as the harrowing finale to Rocksteady’s hugely successful Arkham series, Batman: Arkham Knight has made many bold promises of being the best outing yet. Excluding Warner Bros. Games’ own attempt at the series with Arkham Origins, it has been almost four years since the release of Rocksteady’s award-winning Arkham City. Following an extended 8 month delay from its intended release, Arkham Knight should have had adequate time to deliver on its promises, and hopefully much, much more. 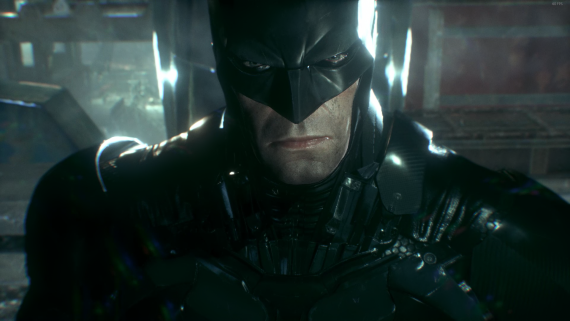 Haunted by his troubled past, Batman struggles to take on the fear king of Gotham, Scarecrow, alongside the game’s titular antagonist, the Arkham Knight. Though the series has never shied away from tackling the darker side of our pointy eared hero, Arkham Knight’s villains take things one step further by persistently ramming these themes down the throats of players over the city’s PA system. “You are the product of everything you fear; violence, darkness, helplessness.” remarks Scarecrow in a ham-fisted reminder of Batman’s core components.

It is unfortunate, then, that this heavy-handed approach also ruins the game’s most anticipated reveal; the identity of the Arkham Knight. If fans had not cracked the case based on derivative themes from the dark knight’s most popular comic arcs, then they most certainly will have within a few hours of tackling the 15-hour main mission. Gamers will likely find themselves wishing the story’s focus was on the infinitely more interesting Scarecrow – a villain who sadly finds himself restricted to small highlights at the beginning and end of the game.

Fortunately, Arkham Knight’s stellar voice work carries the story throughout a majority of its shortcomings. John Noble’s unsettling portrayal as the maniacal Scarecrow does wonders of convincing the player of the severe threat that looms over Gotham. Likewise, Jonathan Banks’ humanising take on Commissioner Gordon is wonderful, though criminally brief, as the game opts to focus on Batman’s other allies, instead.

The absence of veteran Batman writer, Paul Dini (Batman: The Animated Series, Arkham Asylum/ City), is clear as day, and although it doesn’t quite come together as a whole, Arkham Knight’s story still offers enough to remain engaging; featuring some truly shocking turning points, and a number of surprisingly poignant moments. 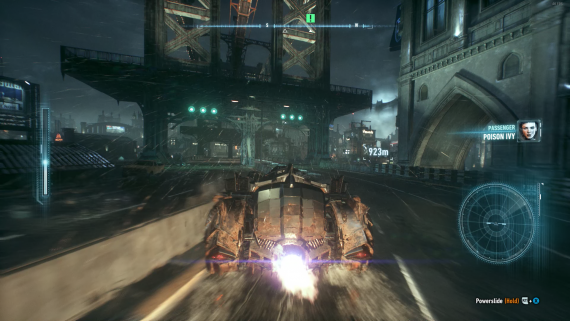 After Arkham City perfected the fantastic free-flow combat system established in Arkham Asylum, it was hard to imagine how Rocksteady would manage to iterate and improve on it for Arkham Knight. Unsurprisingly, the changes are rather minor, but ultimately satisfying. Batman can make controlled use of the environment now; pulling down light fixtures in the midst of battle, or using enemy’s weapons against them. In group fights, the dark knight can utilise his allies to execute spectacularly animated joint-takedowns – although the timing is determined by the game, and requires only a single button press.

A common complaint directed at Rocksteady’s previous games was their inability to portray Batman as the ‘the world’s greatest detective’. Surprisingly, Arkham Origins was the first title to introduce missions based about forensics; showing the dark knight scanning crime scenes for clues to piece together the mystery. Fortunately, it appears Rocksteady were paying attention, as the strongest aspects of Arkham Knight are missions that show the Batman examining dead bodies, scanning through CCTV footage, and piecing together events from evidence left at the many crime scenes. It’s a small part of the overall game, but it’s a welcome one that truly helps the authenticity of the character.

Impressively, Arkham Knight’s side missions are packed to the brim with villains, new and old. Hunting down Man-Bat, extinguishing the fires of Firefly, and preventing Two-Face from clearing the banks of Gotham are just a few of the missions the game has to offer. While there are still a great deal of tedious tasks that involve collecting items or beating down hordes of thugs around the city, a majority of the side quests are at least interesting, if narratively sparse.

However, the biggest aspect of Arkham Knight, and Rocksteady’s clear focus is its newest feature: the Batmobile. For the first time, players can jump into the iconic vehicle and zoom through the highly destructible streets of Gotham. Power sliding around corners, only to activate your speed boost as you send debris flying into the air is one of the most satisfying experiences in the game. As you activate the vehicle’s combat mode, you gain precise control over its movement, alongside a giant turret that emerges from the top of the car, turning you into an unstoppable tank. The first few hours with the Batmobile are a true joy; chasing enemies down, immobilising Arkham Knight’s tanks, and hitting max speeds before thrusting yourself into the skies with the handy eject button.

Sadly, Rocksteady’s unrelenting focus on the Batmobile is also one of the game’s biggest flaws. Particularly towards the final quarter of the game, where the vehicle is shoehorned into nearly every encounter, feeling exceptionally contrived, and quite frankly, frustrating. Tedious missions requiring Batman to awkwardly manoeuvre the car throughout menial puzzles mars the overall experience. Horribly dull stealth sections force Batman to sneak up behind enemy vehicles to destroy them, and by the final hours of the game, even mass battles with tanks lose all sense of satisfaction, which ultimately ruins the impact of the game’s final chapters.

Arkham Knight’s gameplay is at its best when it gives you freedom of approach. The choice to take enemies out on foot versus firing rubber bullets at them from the Batmobile is an important one, but one that is rarely given. 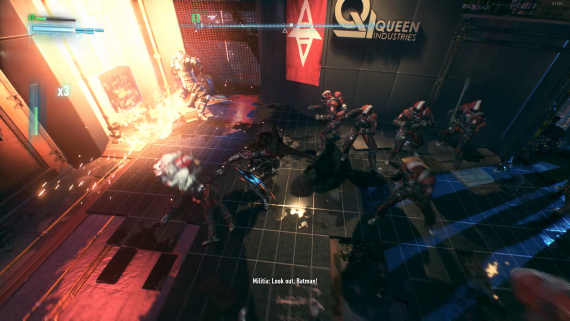 Arkham Knight is a disappointing conclusion to the series; its missteps are projected high into the skies on the back of the successes of the previous games. Yet, despite its place as the most inconsistent outing, it’s a testament to Rocksteady’s craftsmanship that it still manages to be a reasonably enjoyable experience. In spite of its poorly delivered story, the game’s production values are at an all-time high, which mixed with the series’ beloved combat and freedom of exploration, accumulate into a game that satisfies, but ultimately fails to live up to its expectations.

Currently, all PC sales for Arkham Knight are suspended due to the severe technical shortcomings of its port. For a detailed analysis of its issues, consult our regularly updated port report.

Summary: Mediocre storytelling and an obsession with the Batmobile mar an otherwise enjoyable game. Ultimately a disappointing conclusion to the series.