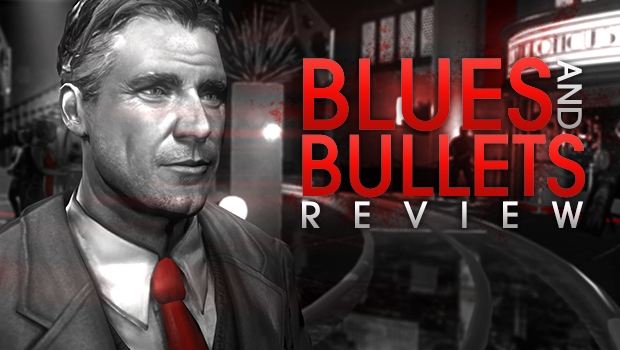 Valve’s Steam Greenlight process has come under heavy fire over the years for its lack of quality control; allowing exceptionally poor games to slip through the cracks, while the more creative outings go unnoticed. Over the years, this has improved, and as a result, gamers are finally getting the chance to see the unique and interesting side of indie games at a much higher frequency.

One of the latest products of the process is a Telltale-esque episodic drama, Blues and Bullets; a gritty investigation tale, steeped in the trademarks of the noir genre. Sporting a unique aesthetic and a surprising cast, it seems that developers, A Crowd of Monsters, might just have a real hit on their hands. 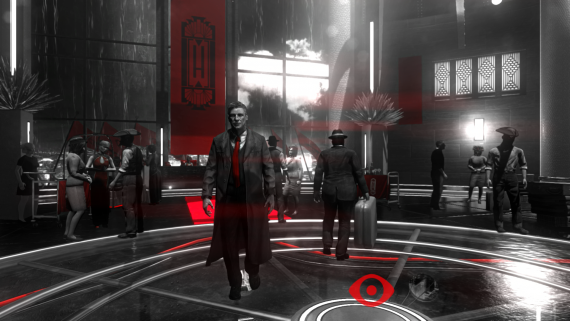 Blues and Bullets follows Eliot Ness, the now-retired leader of the renowned Untouchables group. Running his own diner in the heart of the city, Eliot has set aside his crime-fighting past, in favour of a life of peace. Unfortunately for him, children are vanishing and the police seem unwilling to help. The city of Santa Esperanza is in desperate need of a man willing to take the law into this own hands, and bring the culprit to justice by any means necessary.

Eliot’s ability to flirt, threaten, and coerce information out of people is portrayed magnificently by none other than Doug Cockle; best known for his role as Geralt of Rivia in The Witcher series. His growling tones are almost tailor-made for the character, and bring Eliot to life in a convincing fashion that is matched reasonably well by an impressive array of co-stars, despite the game’s budget.

Poor mouth animations and troublesome editing occasionally leave scenes feeling rather stiff – an issue that appears in almost all games of the genre, outside of David Cage’s high budget titles. Thankfully, these concerns are limited to a few choice moments throughout the episode, but one hopes a little more care will be taken for the future releases.

As Eliot treads along the path in search of the kidnapper, the sheer grisliness of the world rears its head in some truly shocking turning points. Mutilation, torture, and rape are just a few themes brought up along Ness’ journey. Never once feeling tacked on, these horrors truly help underpin the gruesome nature of Blues and Bullets’ world. 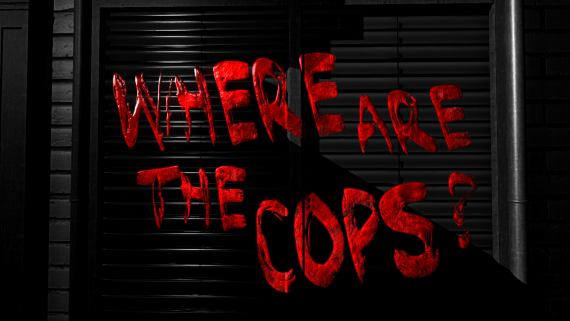 Despite the successes of L.A. Noire, the investigation mechanic has gone severely underutilised in many crime games. Blues and Bullets takes the concept and applies it to not only the crime scenes, but the environment as a whole. Players can choose to rush straight to their objective, or slow down, and take the time to absorb the wealth of world-building information the game has to offer. Talking to and examining the many NPCs and standout objects littered throughout each location all help to add that little extra charm on top of the already wonderful plot.

However, the crime scenes themselves are where the game truly shines. Unlike similar titles, Blues and Bullets doesn’t simply force you to aimlessly wander and click on objects until completion. The player is given a board made up of the basic components of the crime – murder, for example – and, as Ness finds more clues around the crime scene, the board opens up and the player must find evidence to back up Eliot’s theories. It’s a simple addition, but one that works wonders in creating the illusion of true investigative depth. 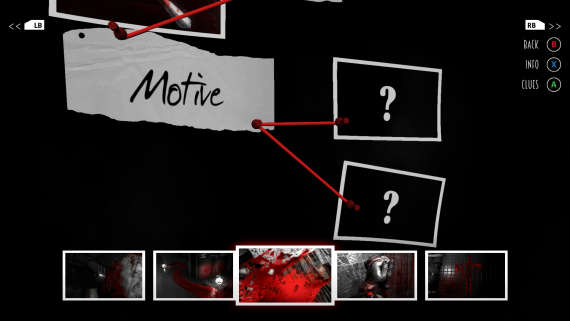 A Crowd of Monsters have a very clear idea about the pace of their game. Eliot meanders through the world at a snail’s pace; matching the sultry tones of the game’s wonderful jazz soundtrack. It allows the player to absorb the beautiful Sin City aesthetic; black and white, with hints of red to accentuate the path to take. It works wonders for an immaculate presentation of the world, but it is not without faults. Players who wish to check every nook and cranny may find themselves deterred as they painfully traipse on and off the main path.

Despite this minor criticism, the pacing as a whole is truly commendable. Little bursts of action, where the game temporarily turns into a cover shooter, really help to break up the slowest parts of the game. Although the movement is on rails during these sections, the shooting itself is a genuine joy, and a personal highlight.

Choice and consequence play a major role in Blues and Bullets, making each interaction feel significant, regardless of the weight of the decision. Though each choice may not have a lasting effect on the story, there are many short term results that help the player’s actions feel relevant. Moreover, the presentation of the choices help add some genuine intensity to many scenes. A turning point in a conversation may leave you with a split second to make your choice before the game decides for you. To top things thing off, in true Telltale-fashion, the game provides statistics of your major choices, comparing your actions with the rest of the playerbase. 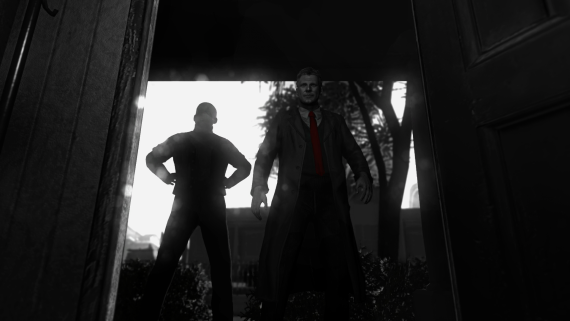 At a little under two hours in length, Blues and Bullets’ first episode is a shining example of the interactive drama genre. Its wonderful aesthetic, stellar soundtrack, and fantastic performances all work wonderfully next to its satisfying gameplay. Outside of some muddy textures, and a few performance hiccups, there’s little to truly criticise on the whole.

A Crowd of Monsters have created an enticing entry into this five-part noir adventure. Should the quality remain consistent throughout the upcoming episodes, Blues and Bullets may find itself standing proudly against the likes of the The Walking Dead and Heavy Rain.

Summary: If future episodes are to the same standard, this may well be up there with the greats.