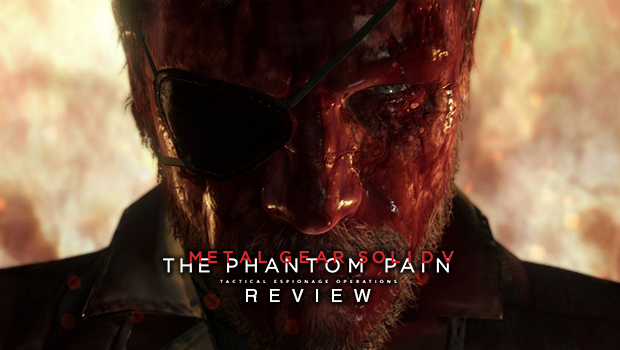 Published on September 8th, 2015 | by AjayLikesGaming

The Metal Gear series is a masterpiece. It has strived to push the boundaries and challenge the definition of what precisely a video game can be. It blends the seat-gripping tension of an action movie with a depressingly clear commentary on warfare, information control, soldier augmentation, and much more. It dives deep into the depth of what makes one human, and challenges complex philosophies on a level that rivals even the greatest of sci-fi novels. Its unique blend of humour fuses wonderfully into its massive array of eccentric characters. Hideo Kojima is a true auteur and the mastermind behind this legendary franchise.

Despite almost universal praise for its narrative, Metal Gear’s gameplay has often come under fire for its stagnation over its many iterations. The first three titles in the Solid series primarily took on a top-down view, requiring players to evade and weave through the levels to avoid the enemy. Attacks were generally limited to the awkward control of your pistol, often forcing players to move in close to choke-out the enemy. To many, this simple and somewhat clunky design matched the series’ aim perfectly. But to some – especially newcomers – this aversion to modern games design presented a painful barrier for entry into the series.

Yet Kojima seemed unconcerned about the thoughts of newcomers. And in Metal Gear Solid 4, this attitude became perfectly apparent, as he discarded the concerns of accessibility in favour of telling one of the most grandiose and in-depth tales ever committed to a video game. Each plot point tied back to one crucial event from the series, with some stretching as far back as Metal Gear 1’s story, first released in 1987. It was Fan Service: The Game, but it tied up Solid Snake’s arc, and the entire series in one of the most satisfying and powerful experiences a fan could ask for.

With The Phantom Pain claiming to close the loop of Big Boss’ story, this ultimately leaves this Metal Gear game a spectacularly challenging task to review. Does one take the perspective of the super-fan and judge the game on its merits as a vital piece of the Metal Gear saga? Or should context be cast aside in favour of judging the game on just how well it functions as a game?

This reviewer hopes to find a balance, but with such a huge legacy behind this final chapter in the saga, it may be rather hard to separate between the two. 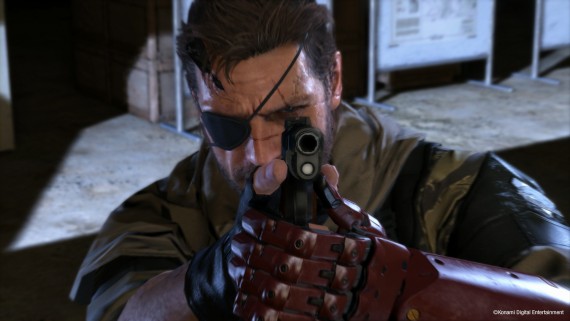 Big Boss is a hugely tragic character, but arguably one of the biggest villains in the Metal Gear series. Following the death of his mentor, The Boss, in Metal Gear Solid 3, Snake becomes disillusioned with the world’s treatment of soldiers. He takes on the title of ‘Big Boss’, and attempts to realise The Boss’ dream “to make the world whole again”. Big Boss’ interpretation is to create an “army without a nation” – a world that is ruled by no one. By the time the events of Metal Gear 1 come around, this dream has been twisted, and Big Boss attempts to hold the world hostage with a bipedal nuclear mech. His aim is to destroy all forms of government and create an endless war. A world where everyone has a purpose… A “raison d’etre”.

Metal Gear Solid V promises to fill the gap between Big Boss’ initial dream and his descent into the “demon” that threatened the entire world. Ground Zeroes sowed the seed of this descent, depicting Big Boss’ dream burnt to the ground during the attack on Motherbase – the central command point for his vision. Waking from a coma induced by the attack 9 years later, Big Boss sets out to exact his revenge on the ones responsible.

It’s a set-up that would imply a deeply personal and disturbing look at the character of Big Boss. With Kojima’s own claims and a number of remarkably dark trailers backing this up, one would have no reason to suspect any deviance from such a conclusion.

Yet The Phantom Pain is decidedly light on story, and even more so in personality. In contrast to the previous games’ cutscenes that ran for 35% of its total length, this game contains a mere 8% of its rather lengthy 50+ hour playtime. In previous entries, the codec and tapes were used to deliver many non-essential plot points for fans who wanted that extra bit of juicy lore. But The Phantom Pain relegates much of its plot to bland, overly verbose cassette tapes that ultimately destroy the impact of many huge turning points.

Following the replacement of Snake’s long-time voice actor, David Hayter, with huge Hollywood star, Kiefer Sutherland, many wondered whether this was the result of needing an actor with a great deal of range to deliver the complex emotions presumed to be in the game. Yet despite the mass marketing around his inclusion, Big Boss remains silent for a majority of the cutscenes. Powerful dialogue by many of the characters often warrants a response from the Boss, but the player is presented with an awkward, vacant expression a majority of the time.

It leaves the player feeling disconnected from the events on the screen. The promised insight into Big Boss’ mentality is blocked by this distinct lack of dialogue. It’s a crying shame, then, that when Sutherland does get the opportunity to perform, his performance is truly spectacular. An incident towards the end of the Act 2 warrants a powerful speech from Big Boss, and Sutherland’s performance seals it as one of the most memorable scenes in the game. 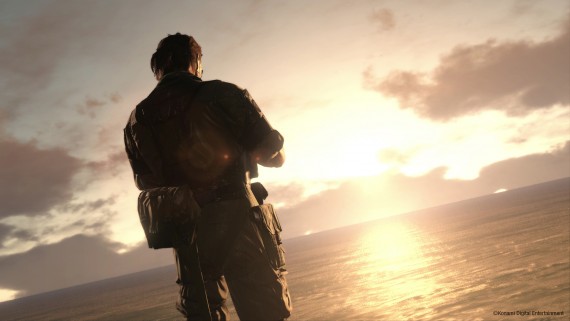 For all its minor high notes, The Phantom Pain’s story is ultimately a colossal let-down, and one I suspect many fans will find hard to swallow. This game needed to be a simple (a term I use loosely – this is Metal Gear, after all) story that depicts the Boss’ descent into evil. Despite all signs pointing to a narrative that focused on a man frustrated by his situation — leading to breaking taboos, and eventually succumbing to his inner demons — the game opts to tell a disjointed, hollow tale that ultimately fails to deliver on its promises.

Gone are the interesting side characters, absent are the eccentric bosses, missing is the charm that makes the Metal Gear series so unique. The Phantom Pain feels incomplete, and with Kojima likening the game to a TV series, this certainly feels like one cancelled halfway through its run.

After an unnecessary and obvious turning point, the credits roll, rendering the game an exercise in futility. In Kojima’s efforts to write a groundbreaking narrative, he has forgotten to achieve the one thing he promised: a profound look at Big Boss. His attempt to challenge the player’s perception as he once did in Metal Gear Solid 2 has backfired. As the rather misinformed saying goes: lightning doesn’t strike twice. 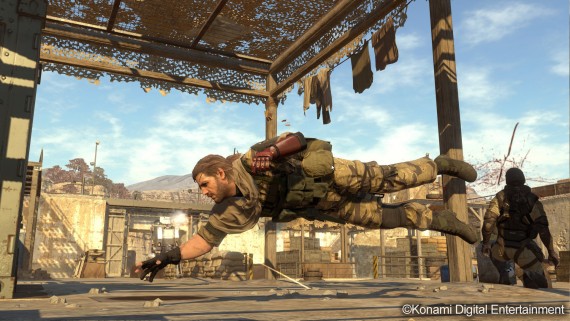 Where The Phantom Pain shines is in its mechanics. Snake’s movement is buttery smooth, allowing the player full flexibility in their actions. Contextual wall-hugging makes stealth a breeze, and the ability to dive to prone can get one out of the stickiest situations. While decades of working on the narrative appear to have harmed it, it seems those years allowed Kojima Productions to truly iron out complaints about the series’ renowned clunkiness.

Previous entries in the series featured predictable enemies; their movement paths were looped, and their reactions identical. It made the game feel more like a puzzle than a true stealth game. Fortunately, The Phantom Pain’s AI is spectacular, and one of the most impressive parts of the game. A footstep too loud will have guards shining their torches in your face as you press yourself to the ground, and wonder whether they’ll deem your misstep worth investigating. The enemies’ behaviour feels appropriately random, and their reactions are incredibly smart. Throughout the game, they will adapt to your style of play; donning helmets if you’re partial to tranquilising them with precision headshots, and placing landmines around the area if you spend a lot of time crawling around. The game forces you to adapt, and is all the better for it.

The game’s new buddy system, allowing the player to take one of the Boss’ many companions into the field, offers a surprising degree of depth. Choosing the mysterious mute sniper, Quiet, allows players to send her ahead to scout out enemies, and execute targets on command. Dropping in with the unit’s canine buddy, D.D., allows him to distract guards with his barks, locate prisoners, and after some upgrades, the player can command him to pacify the enemy. For some of the more action-heavy missions, there’s even a few mech companions useful for total chaos. Thanks to a bond system, players will likely grow attached to their frequent companion of choice as they slowly acquire more upgrades.

But in the face of these improvements, the transition to the open-world format seems to have puzzled the development team. While the two regions of Afghanistan and Africa are certainly huge, they’re mostly made up of rather bland wilderness, only broken up by generic outposts and unvaried towns. It serves as a stark contrast to the impressively detailed areas specifically designed for story-heavy missions. Though sadly only featuring one indoor setting, these areas are diverse enough to make up for it. Featuring wide, but linear paths to your objective, they are meticulously designed, and feature a huge number of infiltration possibilities. They show the game at its best, but are ultimately few and far between.

In the middle of these wonderful missions are menial story-light tasks that take up a majority of the game’s runtime. Usually involving extracting soldiers, blueprints, or various materials; they all repeat the same formula, and hit the point of tedium very quickly. Their place on the main mission list feels like a thinly veiled attempt at padding, and rather than improve the game, they become a hindrance to the game’s pacing. Many players will find themselves sighing with frustration as they grind through the filler on their way to the next well-crafted story mission.

At the end of Act 1, the game sheds its veil, and openly pads its second act with difficulty-increased versions of earlier missions. Though not compulsory, the player must still grind through many tedious side-ops before a new mission appears. Outside of the game’s disappointing writing, this structure crushes any small chance the narrative has of building momentum. 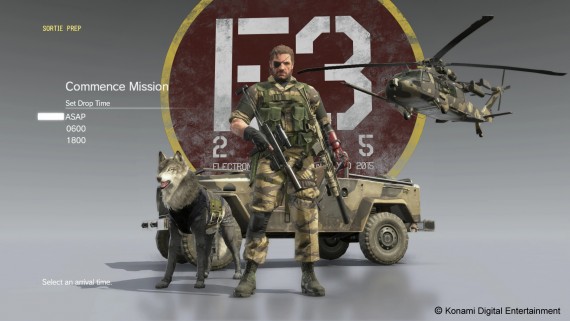 The Phantom Pain is a game that is truly hurt by its transition into an open-world format. Where a game like The Witcher 3 adapted its structure in accordance to the change, Kojima Productions appear to have thrown the format onto the series’ existing structure and padded the remainder out with tedium. Only when the game reverts back to its linear, but finely crafted areas, does the game begin to feel like the Metal Gear masterpiece fans were expecting. The story feels focused, and the level design is like nothing seen before.

Metal Gear Solid V suffers as it bows to contemporary design trends. Its identity is lost in its drastic desire to revolutionise open-world stealth. Kojima bit off far more than he could chew, and with such a disjointed, unfulfilling second act, the game feels incomplete. It is incomplete.

The foundations of a truly special game are all here, but they’re stifled by nonsensical writing and a sheer lack of interesting content. Consider this Metal Gear fan severely disappointed.

Summary: When the game permits you into its linear, but finely crafted areas, the game begins to feel like the masterpiece fans were expecting. But its insulting story and poor transition into an open-world format ultimately crushes everything it does right. A truly heartbreaking letdown.

Not Quite A Diamond