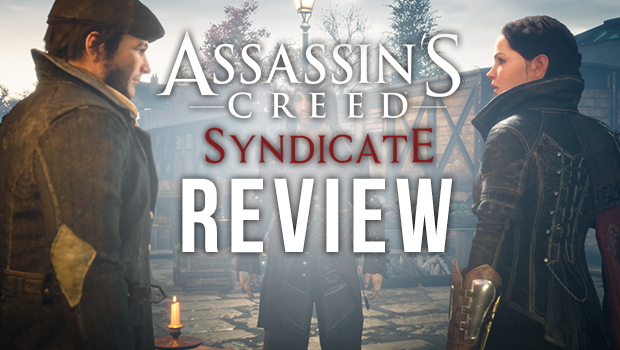 Published on November 21st, 2015 | by AjayLikesGaming

Assassin’s Creed Syndicate launched on consoles a little under a month ago, yet one might be forgiven for forgetting its existence due to the total lack of fanfare surrounding its launch. For all the satisfying iterations that Unity produced despite its technical shortcomings, Syndicate’s changes are minimal (and often regressive), resulting in the return to a formula that grew stale as far back as the end of Ezio’s story. It’s safe, it’s formulaic, it’s uninspired; it’s Assassin’s Creed.

Set in Victorian London, Ubisoft Quebec’s first solo attempt at creating a virtual world is well executed. Overcast skies allow only the smallest amount of light through, offering a brief moment to take in the beautifully rendered landmarks scattered throughout the city. It’s not long before this picturesque cityscape is once again shrouded in darkness, as the grey creeps in, and the drizzling rain swamps the city. The gloomy streets of London are depressingly familiar to this native.

Yet, for all the triumphs in world-building, Syndicate’s biggest flaw is that it fails to entertain. While skipping over the lengthy inductions into the assassin’s creed may be a step forward this far into the series, it’s the lack of replacement character building that leaves twins, Evie and Jacob, sadly underdeveloped. The game drops you right into the thick of the story, briefly informing you that you’re heading to London to take down a Templar-puppet crime boss, before forcing you through a series of disconnected and convoluted missions.

Though Evie eventually comes to feel like a central character, Jacob remains little more than a pompous Ezio-clone, serving to drag down each and every cutscene with his obnoxious interjections. As Evie sighs away his nonsense for the umpteenth time, it’s a struggle not to wonder whether his inclusion was yet another instance in staying safe to the series’ formula. Would fans not accept Evie’s intelligence and sharp wit on its own? Ubisoft seems to think not. While the inclusion of a central female assassin is a satisfying step forward, the lack of confidence in the character alone leaves a smear on an otherwise interesting progression. 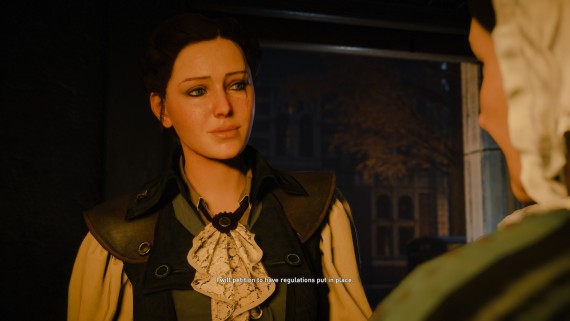 Sadly, progression appears to be all but absent from the minds of Ubisoft’s designers, and when it does rear its head, it often creates more frustration than freedom. The introduction of the zip-line was a huge point of interest prior to release, but its implementation in the final product feels rushed. Precisely targeting an edge to grapple is an exercise in futility, and often you’ll find yourself zipping up the side of a building behind you. Unfortunately, it’s not a mechanic that’s easily ignored, either; buildings are less packed together, meaning the practicality of the series’ trademark parkour is significantly reduced. For all the improvements made over the series’ many iterations, it’s a shame to be met with such a cumbersome downgrade.

In Unity, the enormous size of the mission areas presented a variety of satisfying infiltration points and takedown methods. It felt like a small step towards the structure of gameplay found in recent “next gen” stealth titles. While Syndicate retains the multiple entry points, it scales back the size of the areas, and offers up optional objectives that allow for easier assassinations upon completion. This usually involves stealing a master key from a guard, or helping out an NPC in the area. While completing these objectives is somewhat satisfying from a completionist standpoint, their low difficulty makes an already easy game an absolute cakewalk. Those after a challenge will likely gain the most gratification by simply attempting to circumnavigate the game’s spotty AI.

Between these missions, players will be forced through the usual array of tedium – stalking enemies from rooftops, pickpocketing strangers, and the timeless classic: “chase that absurdly fast foe until you can tackle them to the ground!” These activities have been the subject of much criticism since as early as 2010. Their inclusion in a sequel five years down the line is as baffling as it is depressing. At the risk of giving Unity more praise than it deserves, it was at least a game that did away with many of the series’ tropes. Gathering human heads for Madame Tussaud, befriending the eccentric Marquis de Sade, and diving deep into the city’s catacombs are just a few examples of how the game switched things up. Syndicate’s Charles Darwin, Karl Marx, and Florence Nightingale offer little more than formulaic fetch quests, leaving this reversion a startling disappointment. 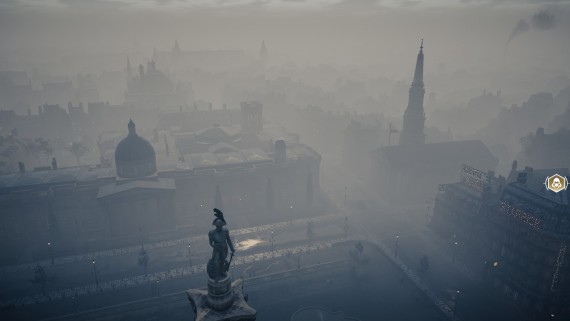 Then there’s the combat, which is somehow just as regressive as its mission design. Clunky, repetitive combos, tedious countering, and enemies with excessive amounts of health, all conjure visions of Ubisoft employees grovelling at the doors of Rocksteady, desperate for lessons on how to design satisfying combat. Despite enemies now featuring skill levels that encourage players to level themselves up in a rather meagre skill tree, the action rarely developers further than punching and countering until you’re surrounded by a sea of bodies. Combat has never been the series’ strong point, but this attempt takes the cake.

Lastly, and perhaps the biggest nail in the coffin for Syndicate, are the sheer number of frustrating bugs. Throughout many cutscenes, characters would fail to render, leaving at least one person in the scene talking to a ghost. In another instance, I was left looking at a piece of abstract art, while listening to the dramatic final words of one of my victims. These issues extend far outside of cutscenes, too, with button prompts failing to appear during key moments, forcing me to restart to an earlier checkpoint. At least the PC port is reasonably passable! 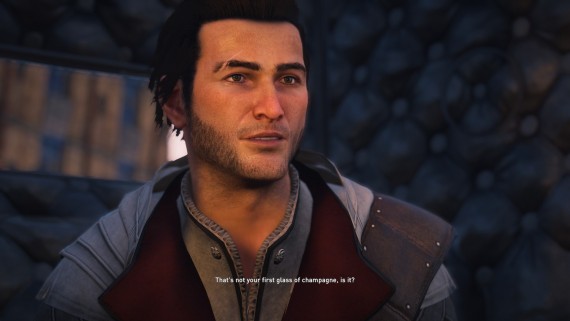 Some games get by on their story alone, others satisfy with engaging gameplay, but Assassin’s Creed Syndicate delivers on neither front. It offers a beautifully rendered open world environment wasted on ancient gameplay, which at its best takes you through the motions, but more often than not will leave you hunting for something far less banal. Ubisoft Quebec’s first outing is a failure, and further proof that this series is in desperate need of change. The Montreal studio made great efforts with Unity, but were let down by technical hiccups. One hopes they iron these issues out, continue to iterate, and produce an entry in the series that stands high next to its competitors.

A PC review code was provided by the publisher.

Summary: Syndicate’s changes are minimal (and often regressive), resulting in the return to a formula that grew stale as far back as the end of Ezio’s story. It’s safe, it’s formulaic, it’s uninspired; it’s Assassin’s Creed.