Published on January 29th, 2016 | by AjayLikesGaming

Rise of the Tomb Raider’s bleak Siberian snowscape underpins an exceptionally dreary tale that sees Lara Croft thrust into a moral grey area. Taking the reins of her own adventure, Lara is no longer a victim of circumstance; she’s here by choice, and that means she’ll stop at nothing to achieve her goals. Filled to the brim with staggering environments, taxing puzzles, and satisfying combat; this latest adventure perfectly captures the atmosphere of the original series, without sacrificing its newfound identity. 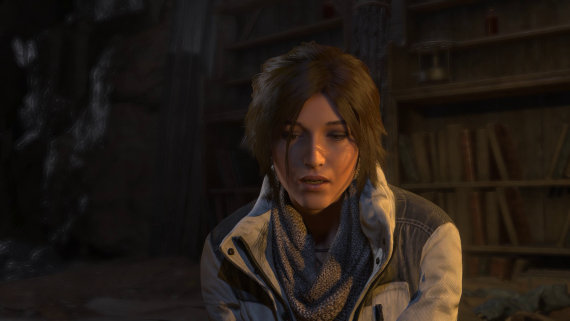 2013’s gritty reboot of the Tomb Raider series saw Lara Croft escape her depiction as a 90’s sex symbol, to become one of the most well written female characters in years. Crystal Dynamics continues this trend, bestowing Lara with genuine agency, and compelling emotional drive.

After the death of her father, Lara struggles with grief, and heads off in search of the Divine Source; an artefact that is said to grant its bearer eternal life. She’s driven by obsession, and unlike the previous game, she feels very much in control of her situation. There’s little “rising” to be done, Lara is very much a fully-fledged tomb raider, and voice actress, Camilla Luddington, nails this perfectly.

Perhaps the two titles should have been swapped.

Also on the artefact’s tail is an enigmatic cult-like militia named Trinity, who’ll do anything to get their hands on it. The premise of Lara searching for a mysterious artefact while battling off gun-toting enemies is certainly not one that inspires on paper, but Crystal Dynamics’ execution turns what could have been a very generic tale, into an especially captivating one.

Rise of the Tomb Raider is filled to the brim with moral grey areas. Trinity’s motivations are as compelling as Lara’s own, and the treatment of the land’s natives by both parties is, at times, questionable. With the supernatural elements underpinning the narrative throughout, rather than feeling shoe-horned in for the climax, Rise feels like a well-polished improvement over its predecessor. 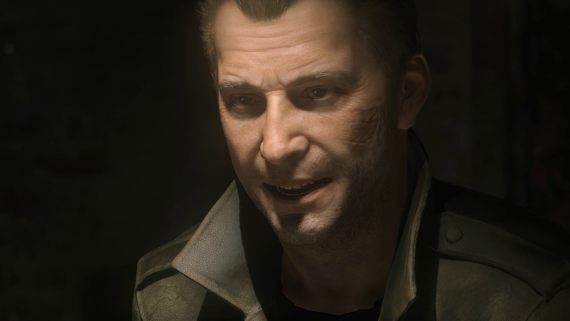 Those concerned that a sequel may slip further into Uncharted territory need not worry. While there are plenty of explosive set pieces, the game is a far cry from the linear environments that Nathan Drake finds himself in. Rise of the Tomb Raider is broken up into a series of pseudo-sandboxes. Expansive hub worlds break up the linear paths, and offer a great deal of exploration in the form of vast caves, and most importantly, tombs.

Crystal Dynamics’ puzzle design is one of the strongest aspects of the game. Lara must move platforms, alter water levels, shatter walls, and a huge number of variables to reach the rewards inside. Completing each tomb gives the player a new skill that would be otherwise unachievable through the basic unlock system. Thankfully, unlike the previous game, these hugely enjoyable puzzles aren’t relegated to mere side quests; the game is full of them, and may trigger some pleasant nostalgia for the original series.

Platforming has seen a huge improvement, too. Lara can now swing across gaps, grapple up cliff faces, and even shoot climbable arrows into walls on the fly. The level design is so meticulous that it’s impossible to ignore just how wonderfully streamlined the experience feels. There’s nothing more satisfying than nailing a series of well-timed jumps and swings in the midst of chaos. With only the occasional unresponsive jump marring the experience, this is a game that shows precisely what level of polish is achievable within nearly three years of development time. 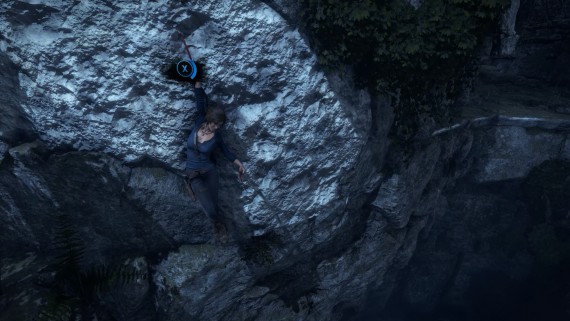 Despite a fairly drab ‘push forward to win’ opening reminiscent of the previous game, “improvement” is very much the resounding theme on the whole. Where 2013’s efforts forced players through endless gun battles and QTE sequences, Rise allows for a much more varied experience thanks to the addition of multiple skill trees: hunting, brawling, and survival. Players can tailor Lara to suit their style of play; survival allows players to become a tank, with increased protection from gun fire and explosives, while brawling provides a stealthy route, with silent takedowns and rapid fire arrows. On top of the ability to craft and upgrade weapons, this system feels significant, resulting in wonderfully refined gameplay.

Enemies are especially smart this time around; Lara will find herself up against riot-shield bearing thugs who will move their shield up and down depending on where you place your reticule. Cowering behind cover and slowly picking off enemies is out of the question, too. Lara will find herself forced out of her hiding spot by well-placed grenades, making the pace of the game all the more brutal. Thankfully, outside of a few forced combat moments, it’s possible to skip the combat in the game entirely by simply sneaking through bushes and picking off enemies silently with your bow or blade.

Rise of the Tomb Raider is a full package; every element complements one another wonderfully. With a huge incentive to backtrack in search of the many tombs in the game, there’s a wealth of finely polished content on offer. 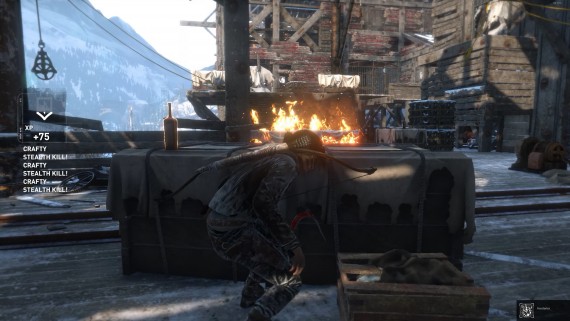 A few days ago, our PC Port Report video went up. This was based on a pre-release version of the game using the latest drivers. However, on day one, a patch came out claiming to fix frame rate issues on NVIDIA cards. Sadly, we weren’t told about this in advance or we would have waited before releasing the video.

Having tested the patch extensively, I can confirm that it does fix a number of the issues outlined in our initial findings. In particular, interiors that would dip to sub-60fps for no discernible reason, now display frame rates of above 80. Unfortunately, there are still a number of problematic areas that can drop the FPS as low as 40. Similar areas were found in the original Tomb Raider, but were subsequently fixed further down the line.

This sequel certainly requires some pretty heavy hardware to run, but as far as we’re concerned, the port is performing near enough fine now. 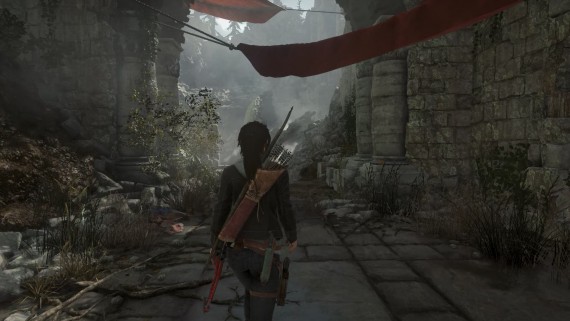 Rise of the Tomb Raider is a shining example of how best to handle a sequel. Despite its similarities in structure, near enough every criticism levied at its predecessor has been addressed. With its stunning environments, slick movement, and competent level design, Rise raises the already high bar set in 2013. Crystal Dynamics have struck gold, and I for one, can’t wait to see what this award-winning formula brings in the future.

Be sure to check out our review of the Baba Yaga DLC!

Summary: Rise of the Tomb Raider is a near perfect sequel. Lara Croft is back, and I'm already dying for her next adventure.