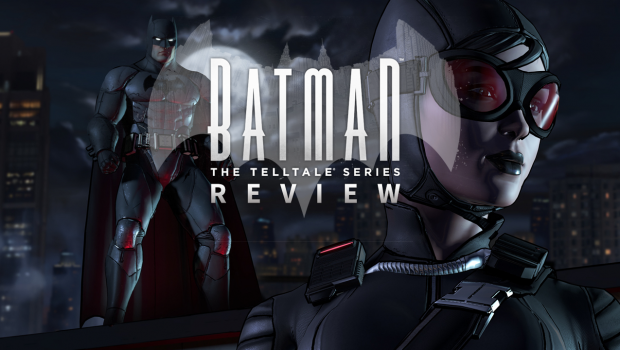 Published on August 2nd, 2016 | by AjayLikesGaming

I’m not sure my heart could take another abysmal Batman adaptation this year. After Batman v Superman killed my parents, The Killing Joke adaptation felt like I’d broken my spine. I donned my cowl with apprehension heading into Telltale’s take on this beloved franchise. Could this darling developer deliver a tale this iconic character truly deserves, or would this be yet another miserable notch on my Batman bedpost this year? 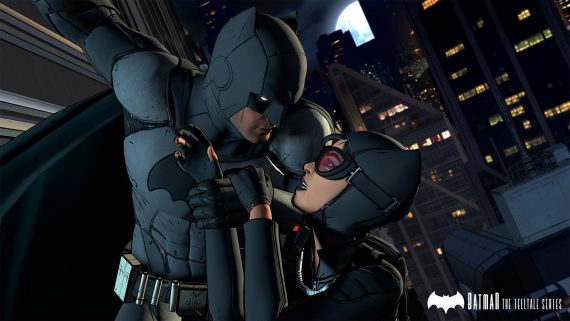 Realm of Shadows is a promising opener, spinning an impressive story that has players rocking back and forth between the politics of Bruce Wayne’s desperate attempts to fix Gotham by the book, and Batman’s vigilante justice system in the dark, dingy streets of this downtrodden city. It wouldn’t be unfair to call this politically charged narrative a ‘Bruce Wayne game’, but that’s certainly not a criticism. After nothing but (albeit very good) Batman-orientated games from Rocksteady this past decade, Telltale’s foray into a deeply dialogue driven thriller hit all the right notes to stand out.

In true Telltale fashion, tense choices are met with hard-hitting consequences, and the effects are felt in both Batman and Bruce Wayne’s lives. Whether you’re choosing to behave like Zack Snyder’s brutal bone-breaking Batman, or simply fighting the cause next to do-gooder Harvey Dent, your decisions carry a weight that is felt throughout the entire chapter. On several occasions, a decision I had weighed on heavily carried damning consequences I hadn’t even considered. It seldom felt cheap, instead serving as a firm reminder of Gotham’s grim state. Though these narrative reminders occasionally feel like lazy Batman: 101 – god knows how many times I was told Batman’s origin story – they succeed more often than not, and thankfully fade out towards the tail end of the chapter. 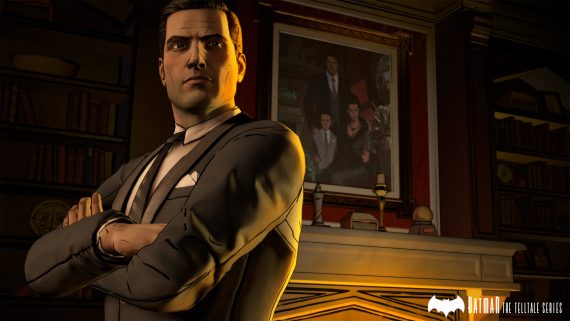 The blending of two worlds doesn’t quite extend into the gameplay, however. While Bruce Wayne’s sections are heavily steeped in dramatic dialogue decisions, Batman’s ventures are carried by pretty looking, but mostly QTE-driven combat that does little to punish failure outside of missing some fancy finishers. It’s hard not to be impressed by Telltale’s vastly improved animations – they certainly help bring Batman and his vast array of gadgets to life – but any expectations that this is a drastic department from the formula should be squashed.

Action is thankfully only one part of Batman’s activities. Piecing together bits of evidence to recreate a crime was a beloved aspect of Arkham Origins, and its implementation here isn’t far removed. Scouting around a crime scene, scanning clues, and linking up discoveries like a puzzle make up the bulk of this mechanic. It requires little effort, and apparently that’s okay since Batman’s a masterful detective, but it goes a long way in breaking up the pace of otherwise frantic sections.

Though neither section is perfect, each feels distinct. Contrasting nicely with the game’s dialogue-driven moments, Telltale have created three unique experiences that swap out like a hard-hitting defibrillator, preventing the pacing issues that often arise from the formula.

It should be noted that this is the first Telltale game to feature cooperative multiplayer. Players can generate a unique code via the main menu that allows players to vote on decisions through any device with a web browser. Unfortunately, I wasn’t able to test this feature for review. 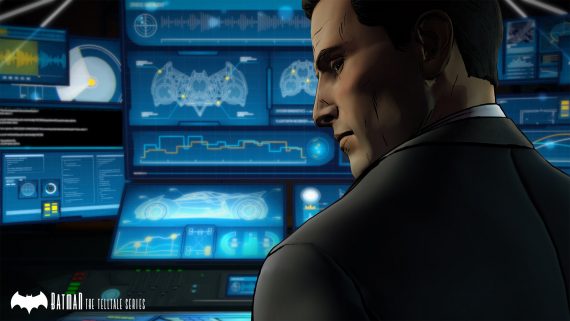 Telltale’s Batman isn’t a vast departure from the developer’s norm, but three distinctive playstyles break up the game nicely, allowing the formula to mask its age, and provide a familiar but thoroughly entertaining romp through Gotham City. With its primary issues likely the result of a first chapter’s growing pains, the content on offer marks the start of a very promising series.

Hey, Telltale. Thanks for saving Batman in 2016. You’re the real heroes!

Summary: Hey, Telltale. Thanks for saving Batman in 2016. You’re the real heroes!