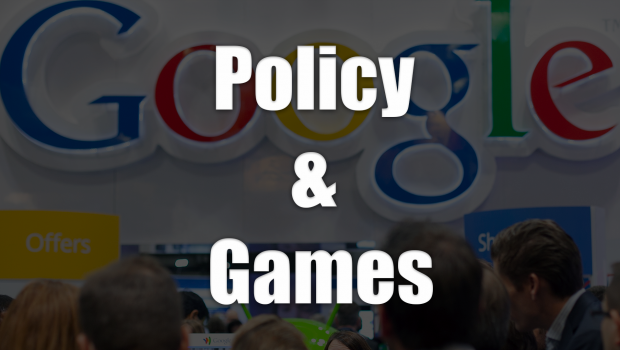 Policy and Games: Diversity in Tech and its Discontents

For those of you not aware, most technology companies are going through a shake up by implementing diversity programs. Intel is going through their process right now, which hasn’t been easy. However, it’s been successful enough for Google to notice, as they hired away Danielle Brown to head up Google’s diversity program. While she is still new to the job, the policies put into place by her predecessor have clearly pissed some people off. One Googler has even written a 10 page manifesto on the issues with diversity and how the political ideology of Google is threatening to creativity. Here’s a link to the manifesto on Vice (I’m sure you can find it elsewhere if you don’t like Vice). At the bottom is Danielle’s reply as a corporate response, and you can find it directly here.

Danielle’s response is understandably muted, because Danielle is both new and trying to respond without setting Google on an irreversible course. However, as she points out, most of the science referenced in this article is patently false. On average both genders are the same in terms of capability and willingness to take on high stress roles. These views are not new to the tech industry. In fact, one of the founding fathers of Silicon Valley, William Shockley, ended his career because he supported eugenics and “science of human nature,” which purported that Africans, and by extension African-Americans, were less fit than European-Americans (you can read more about him in the book Idea Factory).

Diversity is Good for Business

The ideas that are being brought forward here are that Google is focusing on diversity for diversity’s sake, and this is incorrect. This is a well founded business decision, even if it wasn’t simply the right thing to do. According to Ronald Burt, sociologist and economist from the University of Chicago, people with a more diverse network (he calls this structural holes) generate more and better ideas. This isn’t some arbitrary measure either. The ideas, when entered into a suggestion system, are more likely to be implemented because the ideas are more robust and mature than someone with a more constrained and homogeneous network. Essentially what is happening is that this person talks with a large variety of people with a different set of backgrounds, which pokes holes in an idea due to the differing view points, while someone with a homogeneous network only bounces the ideas off like minded people. If you want an example of this, take a look at Google Glass, which was wildly successful with a certain group of people, mostly white middle-aged, nerdy men. There really wasn’t much adoption by women or people of color. While other products like Apple’s Watch were adopted by a broad swath of the population, which intentionally targeted a multi-cultural set of end customers, not simply beta testers.

Furthermore, there are extensive studies that show the mere exposure to other cultures though work or study abroad (with immersion) increases the creativity and innovation of a team. This is just from the exposure for someone like me, a white guy that grew up in one of the most conservative parts of Pennsylvania and then lived for 1.5 years in the Netherlands, can have a real positive impact for empathy and willingness to explore new topics. If the exposure to new ideas and new cultures makes individuals and teams more innovative then, necessarily, if you include more diverse team members with novel backgrounds you’ll have a more innovative company and team.

This isn’t just an assumption, studies have borne this out. Diversity is good for business and it’s also good for individual growth because you get exposed to new cultures, new ways of thinking, and new techniques to perform work.

One of the last points the author makes is about removing the focus on empathy. I think this is one of the major problems with the author’s perspective (and tech in general). He lacks enough empathy to understand why this is a fundamental problem to begin with. He’s clearly lacking experience or hasn’t been exposed to enough women and POC in his career (given that he supposedly came from academia which has issues with diversity) and has only been at Google a few years.

Empathy is vital for understanding how your product is going to be used. It is a core part of design world today. Design Driven Innovation and Design Thinking focuses entirely on empathy and understanding how a given product or application is going to be used. Lean, a method of manufacturing and design, focuses heavily on understanding the pain points of employees and looks to alleviate those points of frustration so people can get into a flow. Empathy is vital for business.

Instead, the author wishes to rely entirely on facts, which, given his view point in the majority of the screed, indicates that the metrics he would use would be heavily biased and unlikely to improve the business because those same metrics have driven women out of companies like Google in the past. Plus, that way of thinking and similar metrics are what has caused the diversity crisis to begin with.

The author’s largest concern about this is that empathy training forces people to work through anecdotes, which has “less” explanatory power than using big data. This is rooted in the high level of focus on math or big data sets in today’s technology industry. There’s a counter methodology to this called Actor Network Theory (ANT), which analyzes events through the eyes of specific individuals and their network during times of crises or change. This is incredibly important for understanding different events beyond our own. This approach is used heavily (under different names but with a similar approach) in feminism and studies on POC. It humanizes people involved in these situations, which is really important to change behavior. It also eliminates the “inevitability” of the past which can occur when you only look at the data. Which is important because so many topics are wildly complex, so using multiple frameworks to understand a given event is incredibly useful.

Furthermore, between Empathy and ANT, it removes biases that arise through algorithms, such as higher car insurance rates due to zip codes, which essentially over-targets minorities. These biases, which the author calls out, are baked into just about everything and are a reason why a lot of people are concerned about the ethics of autonomous cars. Could this author’s bias against women seep into the code for a Google car resulting in more fatalities of women or POC compared to white men? The only way to find out is to test and review the decisions made by the autonomous car, which is very difficult.

What Should Happen Next?

There have been a number of calls for firing this person. I think that these are justifiable and defensible. First of all, California is a right to work state and Google would be within its right to fire the man for writing this. Secondly, this could be considered creating a hostile work environment because it promotes a world view which singles out women and POC for deeper unjust scrutiny than their white male peers. This is just a fact, there already is increased scrutiny any time there’s “bias” towards hiring minorities.

If you ask any woman or POC, including my wife, you’ll find that they have a story about how they were asked if they deserved to be on a college campus. If they’re smart. How it must be nice to have a scholarship because you’re Mexican or a woman or black or whatever. It’s like these white men (it’s a lot of white men that do this) are completely unable to comprehend that this person is as capable or more capable than they are. You can find those sentiments in support of Jeff Sessions going after affirmative action on college campuses. You should have little doubt that the ideas of the author of the Google Screed are along the same lines as arguments against affirmative action. The point of these programs is to ensure that a population that has been systematically under represented gets a chance. To address that sometimes you must build in safety rails to prevent this from occurring in the future. This may seem like you are being discriminated against, but when you have grown up with a great deal of unacknowledged biases in your favor, someone correcting that isn’t discrimination. For example, black girls are treated as adults at a younger age than white girls, which means that they are expected to handle situations that white girls aren’t expected to handle well. Another example would be the article I linked above for car insurance rates.

The best way to deal with these sorts of biases is to force people to confront them. That’s the point of the empathy courses. However, in this man’s case that likely isn’t enough. Instead of firing him, I think Google should put him on a team with some of the best women in the company and see if he’s able to keep up. If he’s not able to keep up, he’d probably blame it on some sort of bias in the diversity program. You can address those complaints head on through continual coaching with a number of mentors to help him understand his shortcomings and work on ways to address them. This will force him to grow as an individual. If he cannot handle that sort of maturation, then he will likely leave the company on his own accord.

It appears that Deloitte is taking something of this approach, because they are switching their focus from creating inclusion groups to focusing on the white male leadership that is preventing or fighting these cultural changes. Diversity is a cultural change and working to change the behavior of the existing leadership is critical for diversity to work.

This isn’t something every company can do own its own, because they simply don’t have the right staff to handle it. Instead, they should help employees find outside mentors with diverse backgrounds to fill this experiential gap. Ultimately, Google will need to figure out how to address this and whatever Google does should be a model for the tech industry as a whole. This includes the gaming industry, not just at game devs, but also how Twitch handles viewers that treat women and POC poorly.

Note: While in the editing process Google has subsequently fired this engineer.