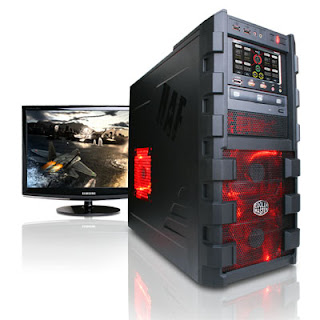 CyberPower has launched a new series for the budget conscious gamer sporting AMD’s latest Llano A-Series APU’s, the A6-3650 and the A8-3850.

The Llano APU is a part of the Lynx (Desktop) Platform, launched in June of 2011. It is a 32nm Silicon On Insulator process, with a Thermal Design Power rated between 25-100W. It consists of 2-4 K10 “Husky” cores, and an Evergreen family GPU.

The Cyber Power Mega Special II includes the following for $605:

Point of note here is that CyberPower is bundling the Llano APU with an AMD Radeon HD 6450 PCIe card as well – you don’t have to rely on the integrated graphics of the APU for gaming, and can dedicate it to a second monitor if you like. You essentially get 2 graphics cards, although neither is insanely powerful.

We’ve not seen many benchmarks featuring the Llano parts yet, but they should be a great option for those of you looking to purchase an entry level PC. CyberPower has historically been an excellent company to purchase from when building yourself is a longshot at best. Their build options are numerous, and their build quality is high.

AnandTech: The AMD A8-3850 Review: Llano on the Desktop