This post is by a contributor, @Mr_NFEN from twitter and a new member of the bropile. He is a Guild Wars fan and youtuber. You can check out his channel here. Welcome to his first guest article for KBMOD! 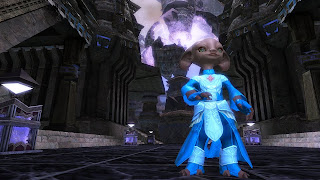 Germany gets all the best things! Oktoberfest, autobahns, new Guild Wars 2 demos, bratwurst, but I digress.

With the coming of Gamescom 2011, comes the newest demo of Guild wars 2. While the game remains fairly similar with what was seen at the San Diego ComiCon, there are some new game mechanics that could drastically change the game.

Weapon skills have been redesigned completely, eliminating the use of trainers. In order to increase your characters weapon skills you will need to use that weapon type. For example, if you wanted to become skilled in bows, you would simply use bows more! Makes sense, huh?

The other important change is the removal of energy use associated with skills. Rather than having your abilities use energy, they will recharge on their own. To reoccupy this space, they have added a dodge mechanic. Dodging will drain your energy, but will regenerate over time.

ArenaNet will also be showing off the new Charr starting area, as well as some character customization.

From what I can tell, these new additions can help make the combat seem more interactive and visceral. It is pretty interesting to see them step away from the traditional use of energy (or mana in other games.) Hopefully there will be well balanced skill recharge times, specifically in PvP, which is open to the public at Gamescom for the first time.