Cube World Aims to Be More Than Just a Minecraft Clone 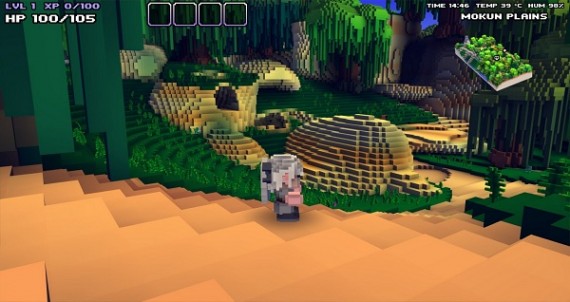 Indie developer wollay has been hard at work on Cube World, a Minecraft look-a-like on the surface, but a very unique game once you dig deeper. Cube World even caught the eye of Notch and Mojang, who tried to hire wollay to work for them (though he graciously declined to continue his working on his own endeavors).

Cube World has the same cube-based structures as Minecraft and the same open world, but that’s where much of the similarity ends. As you can see from the screenshots, the Cube World interface has true XP and HP meters, as well as quests to complete and NPCs to interact with. This game is more than just collecting and surviving, looking more like an RPG than a virtual Lego simulator. 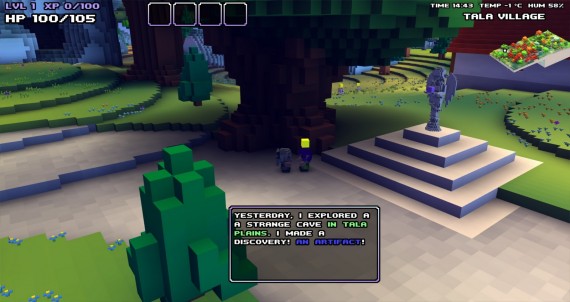 Secondly, world areas are all named, and the interface shows a 3D world map of the current area in the upper right corner of the screen. The world also gives each area a random temperature and humidity, creating a dynamic climate system that determines the landscape and weather.

Building in Cube World is very different from Minecraft; you don’t just place blocks to build houses. Instead, you acquire blueprints by finding them or completing quests, and then whole buildings are placed for you, based on those blueprints. Put enough buildings together, you get a house to put all your precious loot in. Similar to Minecraft, there are also familiar features like cave exploration and enemies (though the enemies in Cube World have health bars). It also appears that you can play from a first-person perspective or a Zelda-esque third-person view. 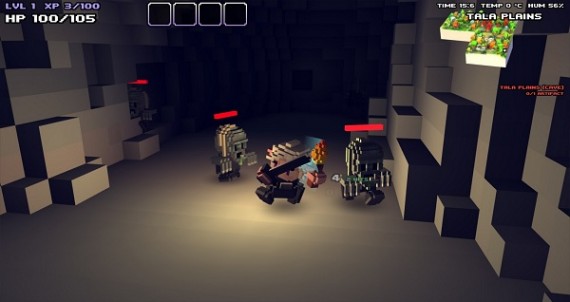 I had never heard of this game before now, but the world looks vibrant and fun. You can check out wollay’s blog for more details on the game. No release date has been announced, as wollay says the game will be out “when it’s done,” a sentiment we heartily approve of.