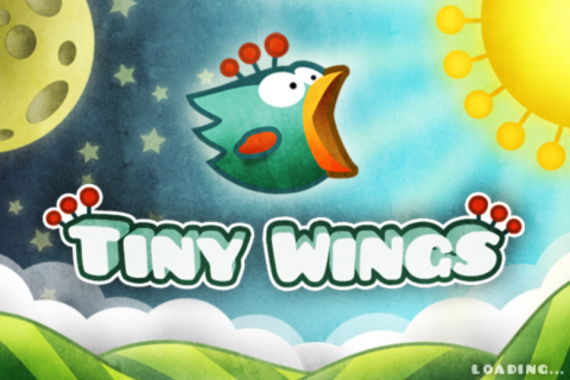 Since the recent announcement that the skiing bug in Tribes: Ascend has finally been fixed, that game has lost a bit of its luster. So I’ve been looking for a new skiing game to really sink my teeth into, and I think I may have found the answer.

The first thing I noticed when playing Tiny Wings is that the default key bindings cannot be remapped, which is a bummer. To be fair, though, the controls are fairly simple compared to something like Tribes.

Where Tiny Wings really shines is its gameplay, which is deliciously simple, yet devilishly addictive. You’re a bird who has trouble flying because of your tiny wings, and your goal is to ski gracefully among the hills, trying to get as far as you can before the sunset ends your adventure. Touching the clouds and collecting little drops of sunlight will get you extra points, but the true show of skill is in the skiing itself. Three perfect slaloms launches the star bonus mode, where points rain down like candy for as long as your skiing remains flawless. 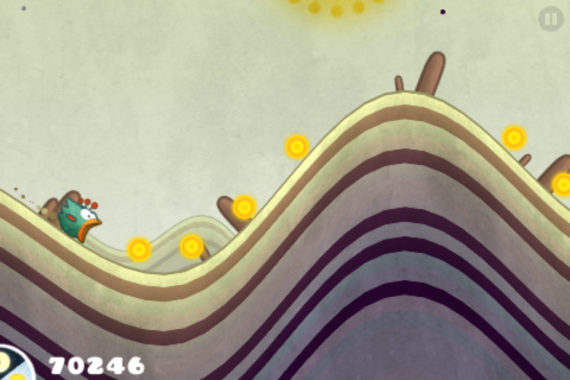 You may be thinking the iPhone can’t adequately replace the true PC experience, but drop a dollar on Tiny Wings and just take a chance on helping that little bird to achieve his dream of flight. Hours later, as your phone’s battery finally gives out, you’ll look up and wonder where your entire day went.

Had the developer included custom key bindings, Tiny Wings might have garnered a perfect score from me. Alas, it fell just short of perfection and gets 9 baby-birds-devouring-miniature-suns out of 10.