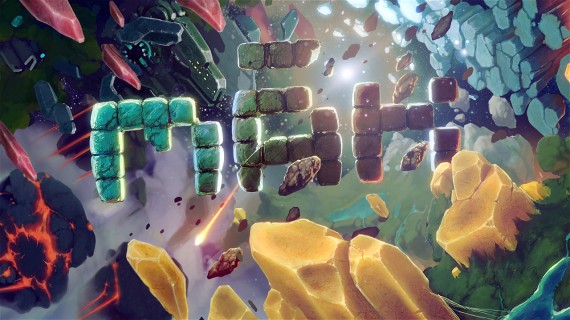 We all know Minecraft has played a big part in the explosion of the sandbox genre over the past couple of years. Games like Terraria and others have cropped up that use the same basic formula: build, fight, and survive with no limits. Now Verge Game Studio is aiming to take the build-whatever-you-want model to new heights–namely, outer space–with their upcoming game MaK (pronounced “make”).

You’ll see a lot of different twists in the gameplay video below, which was created from pre-alpha footage. Two of the developers of MaK give us a tour through various features of the game (such as the game’s strange use of gravity, which really confuses what direction is “up”). You will also see the use of different types of cubes in MaK. These cubes can be used to build anything from simple walls to specialized electric circuits to fully functioning machines (including hot air balloons!).

The graphic style is cartoonish, but looks beautiful. The space scene is wonderfully done, especially the floating asteroids and green planets in the distance. And given that the video merely shows the framework the game will be built upon, I can’t wait to see the final product.

MaK is set for release in late 2013. You can follow MaK’s development and find more details over at the Verge Game Studio blog.