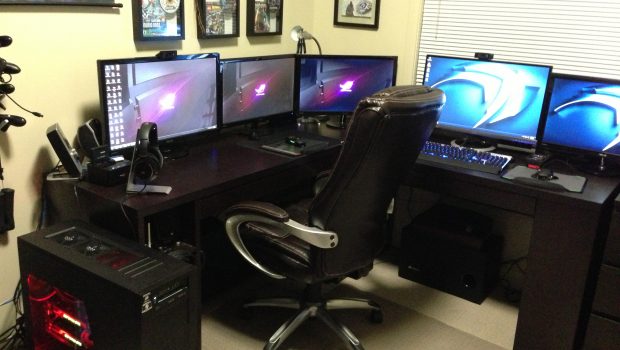 Sometimes, we get to feature a Bro Cave so epic, so absolutely ridiculous, that there really isn’t any just way to do an intro. I don’t want to spoil anything for you in the specs this time. The one and only TetraNinja has agreed not only to give us a spec list, but a full-on tour of his cave, and it is absolutely drool worthy. Check out his video above, and make sure to check out his YouTube channel for more awesome content.

Hey KBMOD community my name is Nic also known as “Tetra Ninja”. I am a full time gamer that runs a Let’s Play/Walkthrough channel on YouTube. Currently I am living in a two bedroom apartment with my girlfriend of 4.5 years Tara and our Boston Terrier Toby. One of the rooms is a dedicated office where I work from. I built my first PC two years ago and now follow the community very closely.  The majority of my leisure time on YouTube is keeping up to date with new technology, and admittedly listening to music covers. 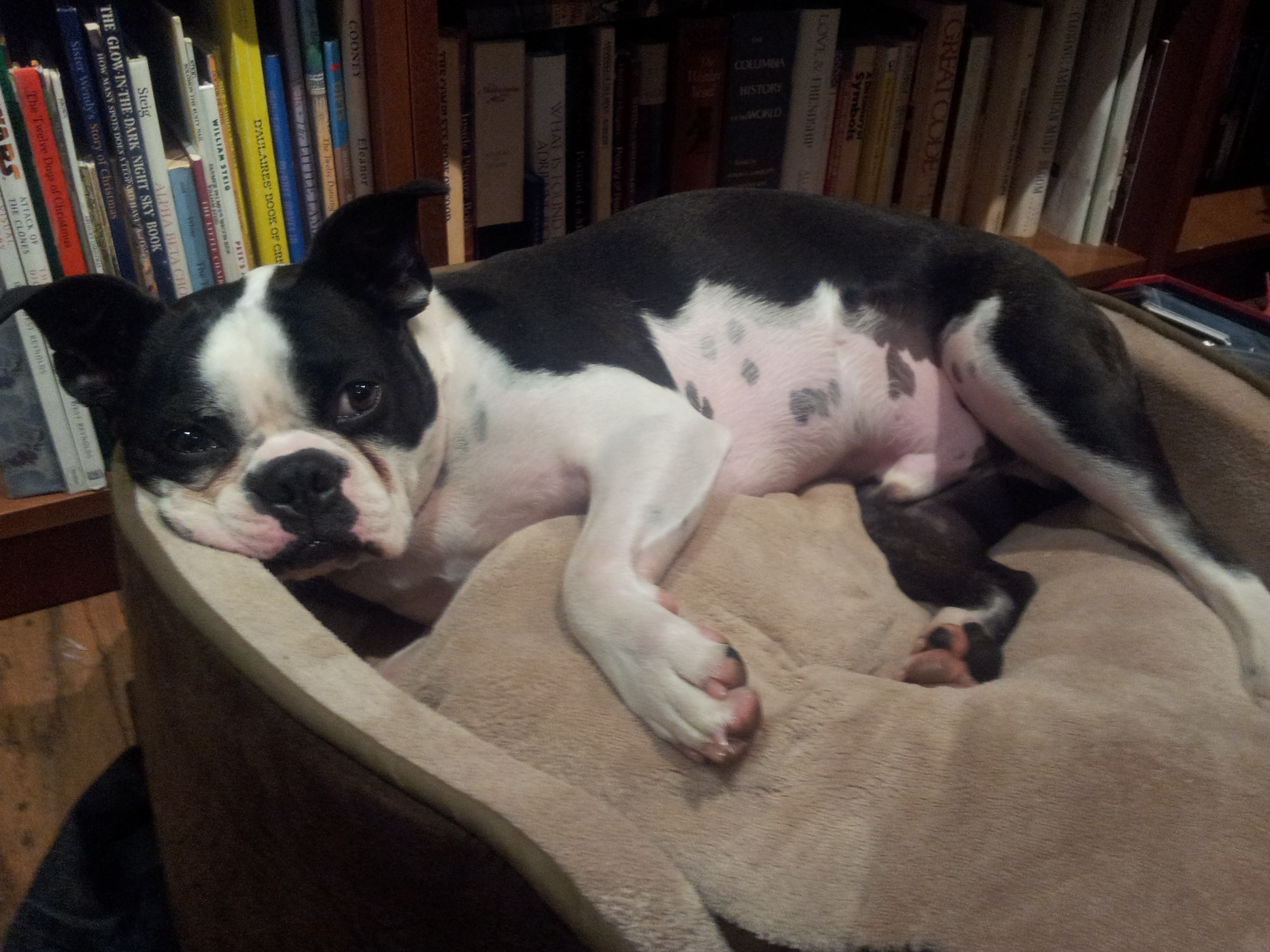 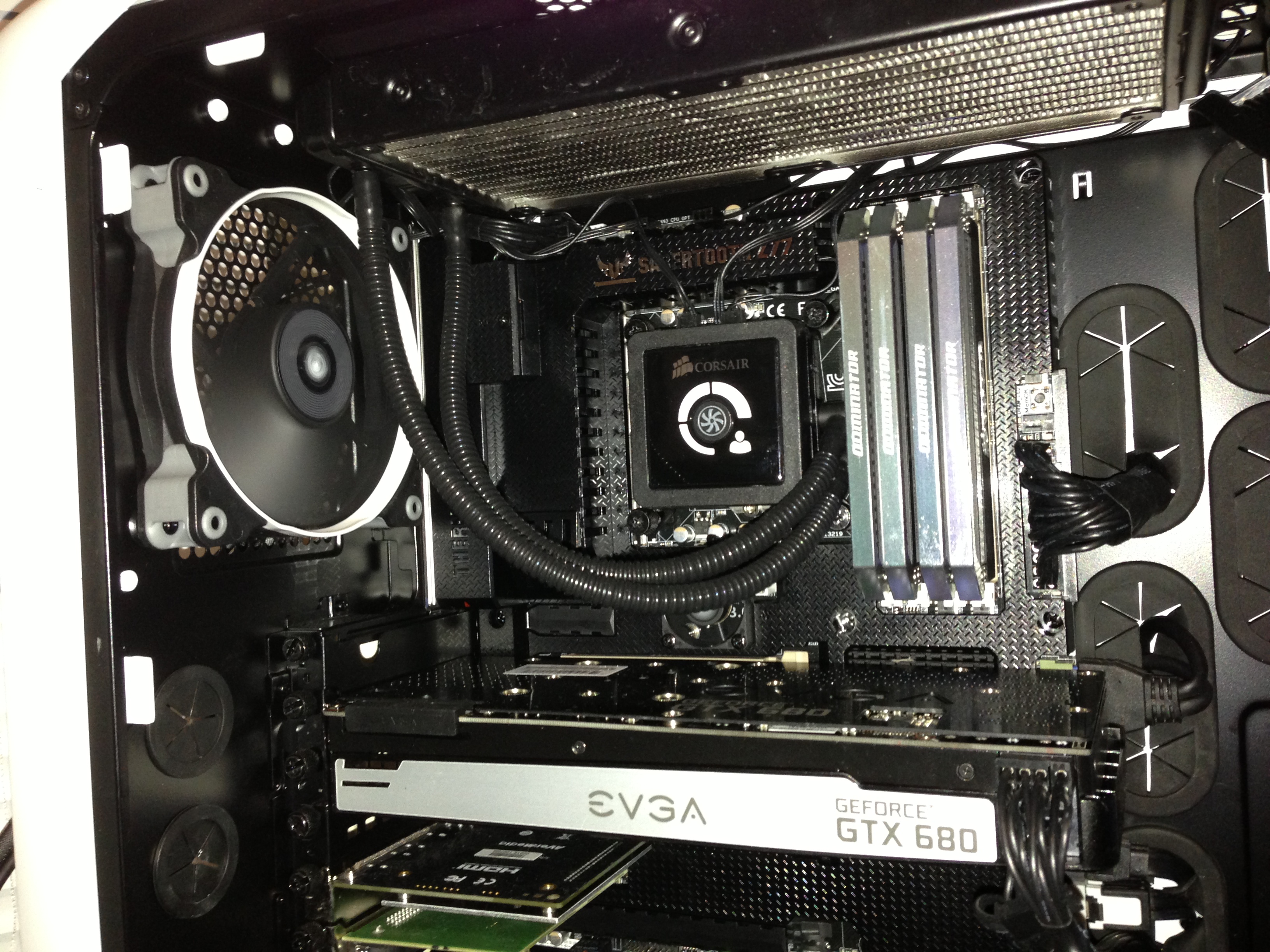 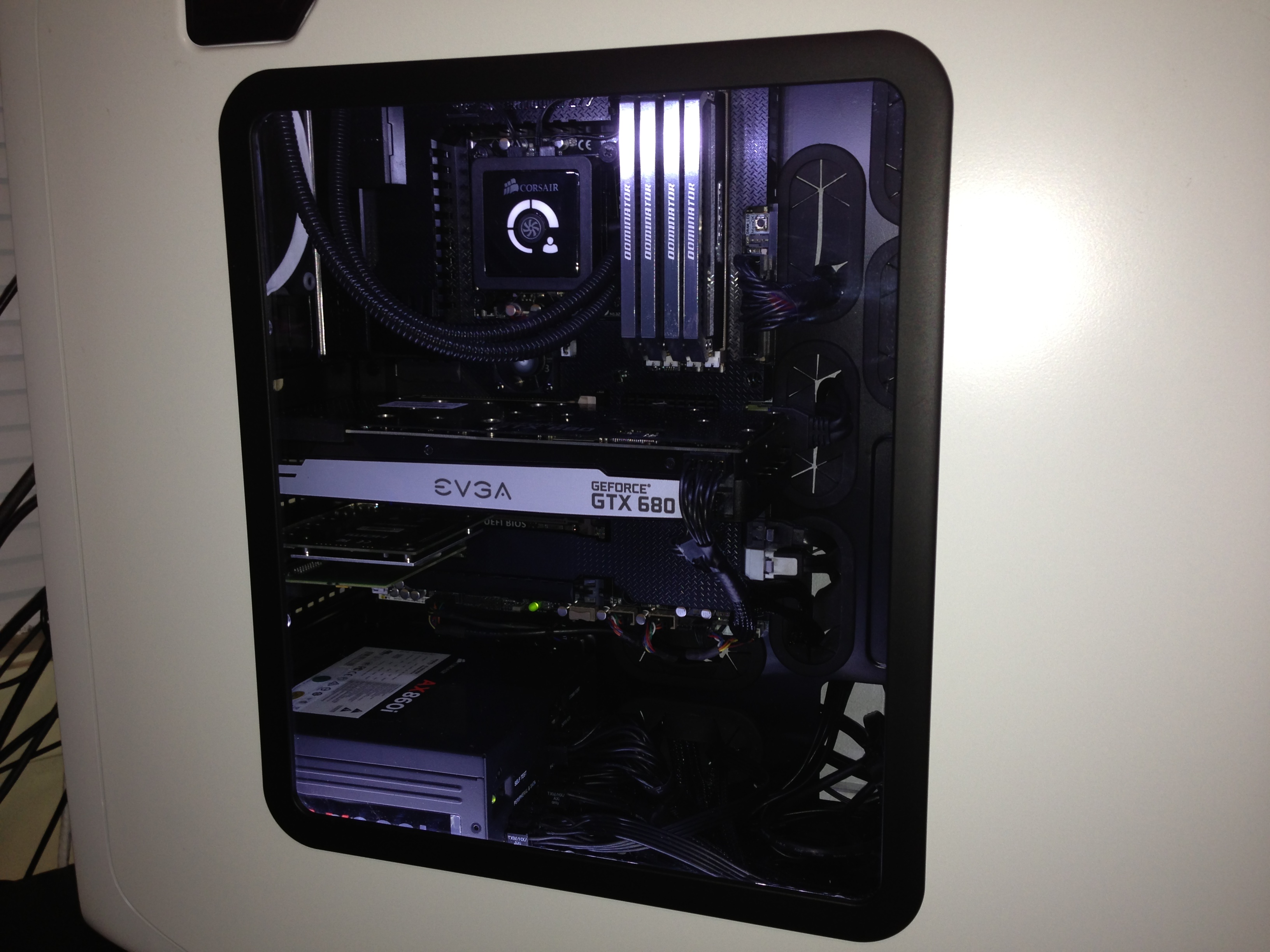 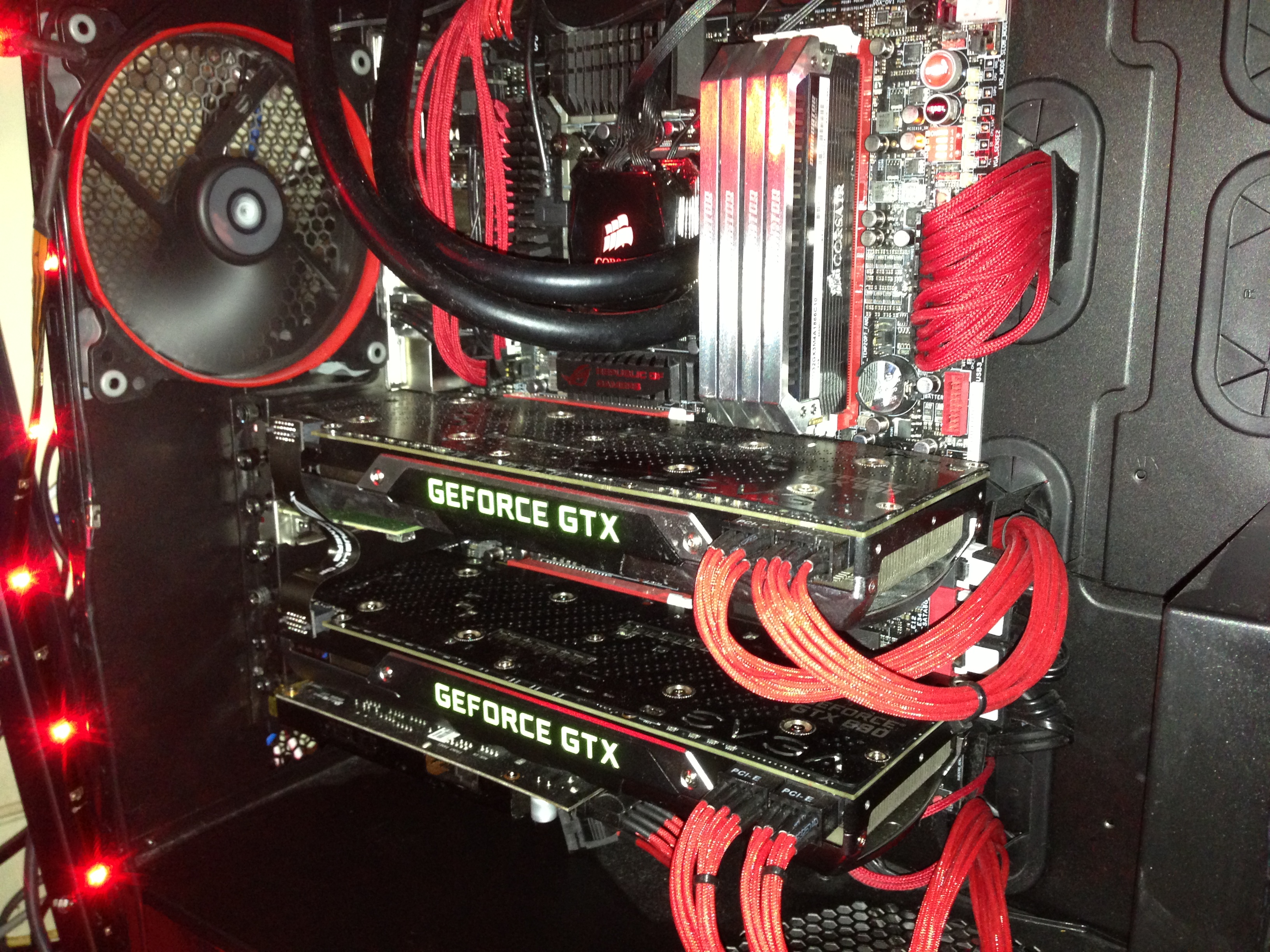 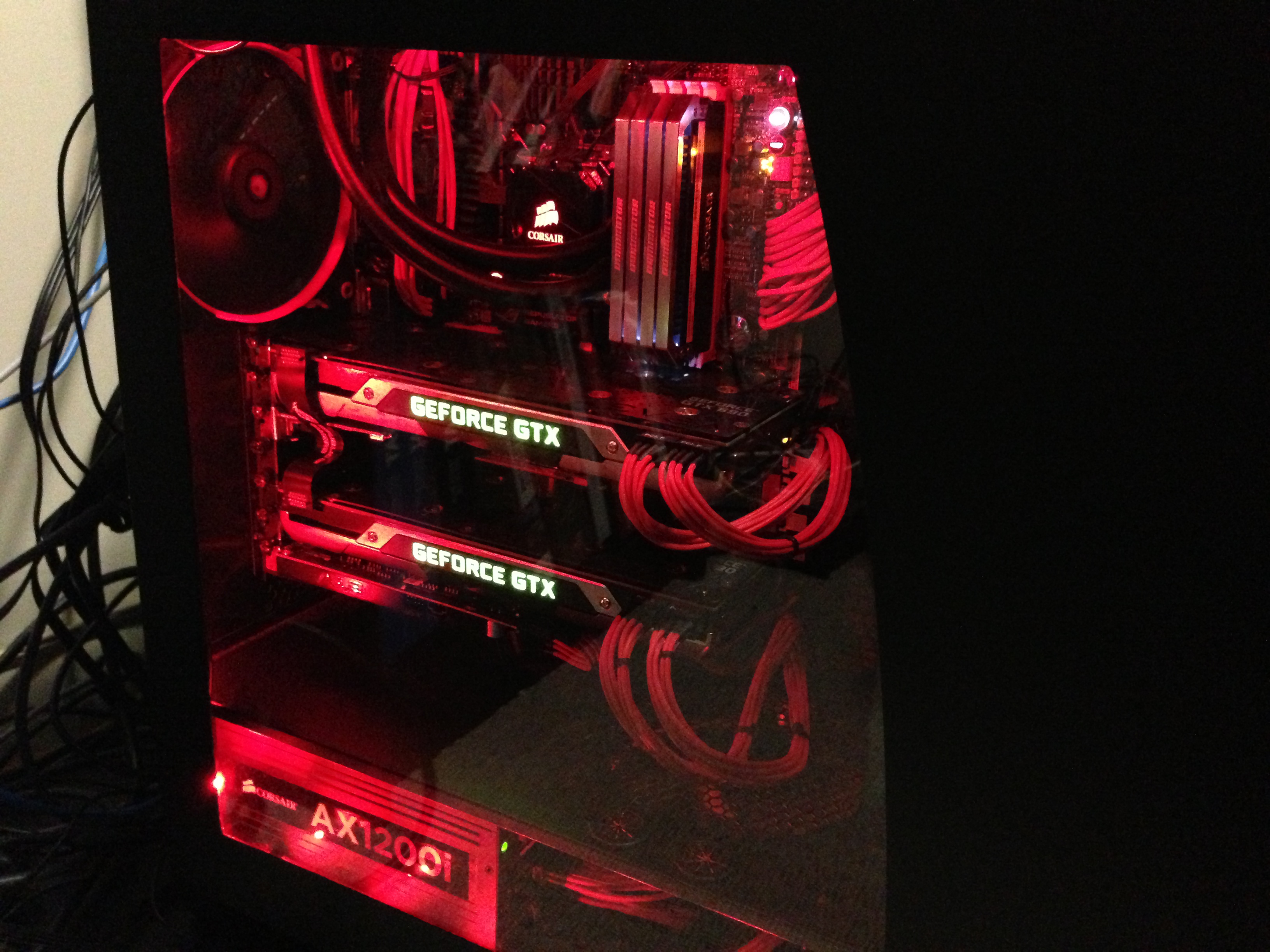 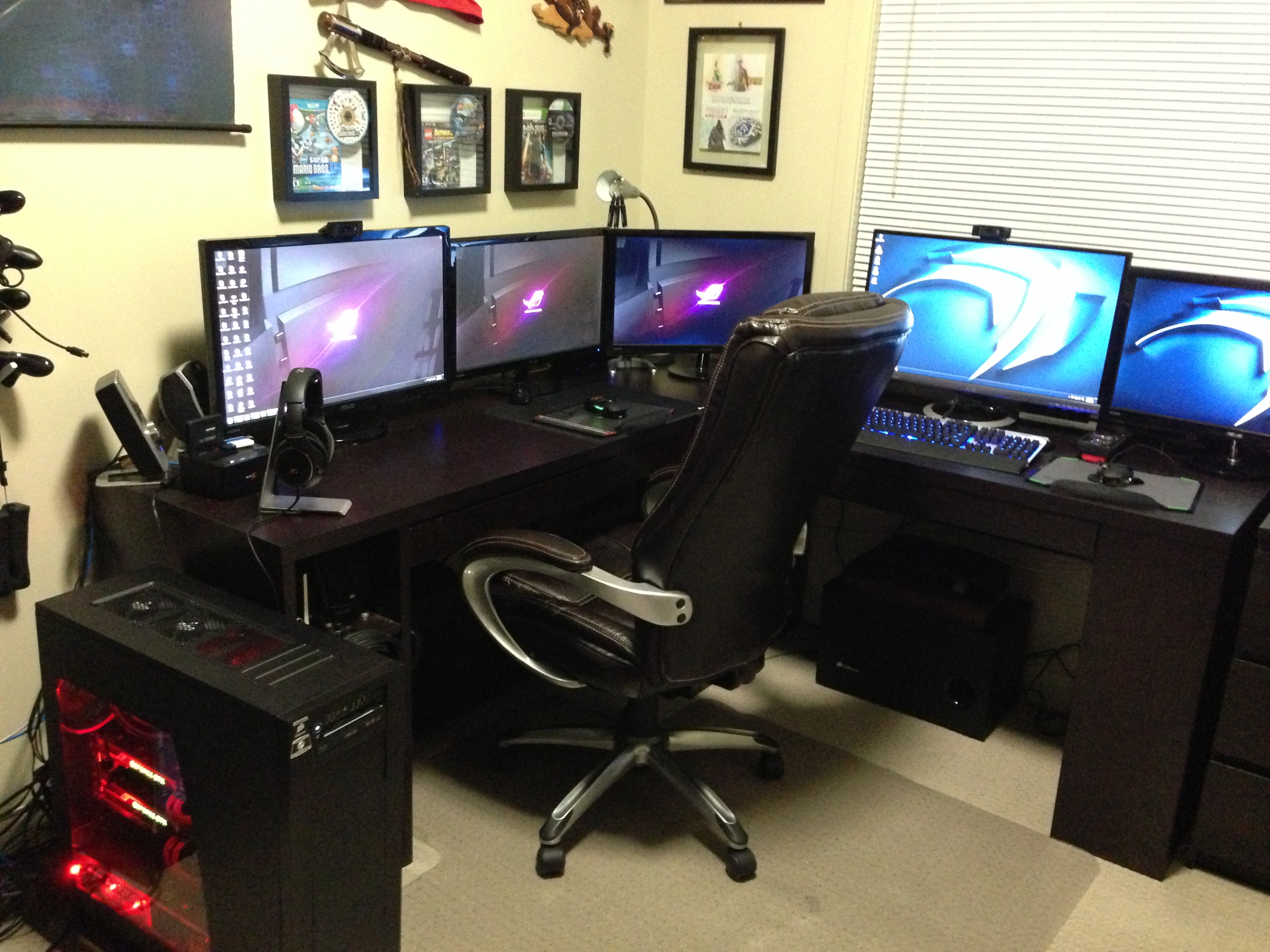 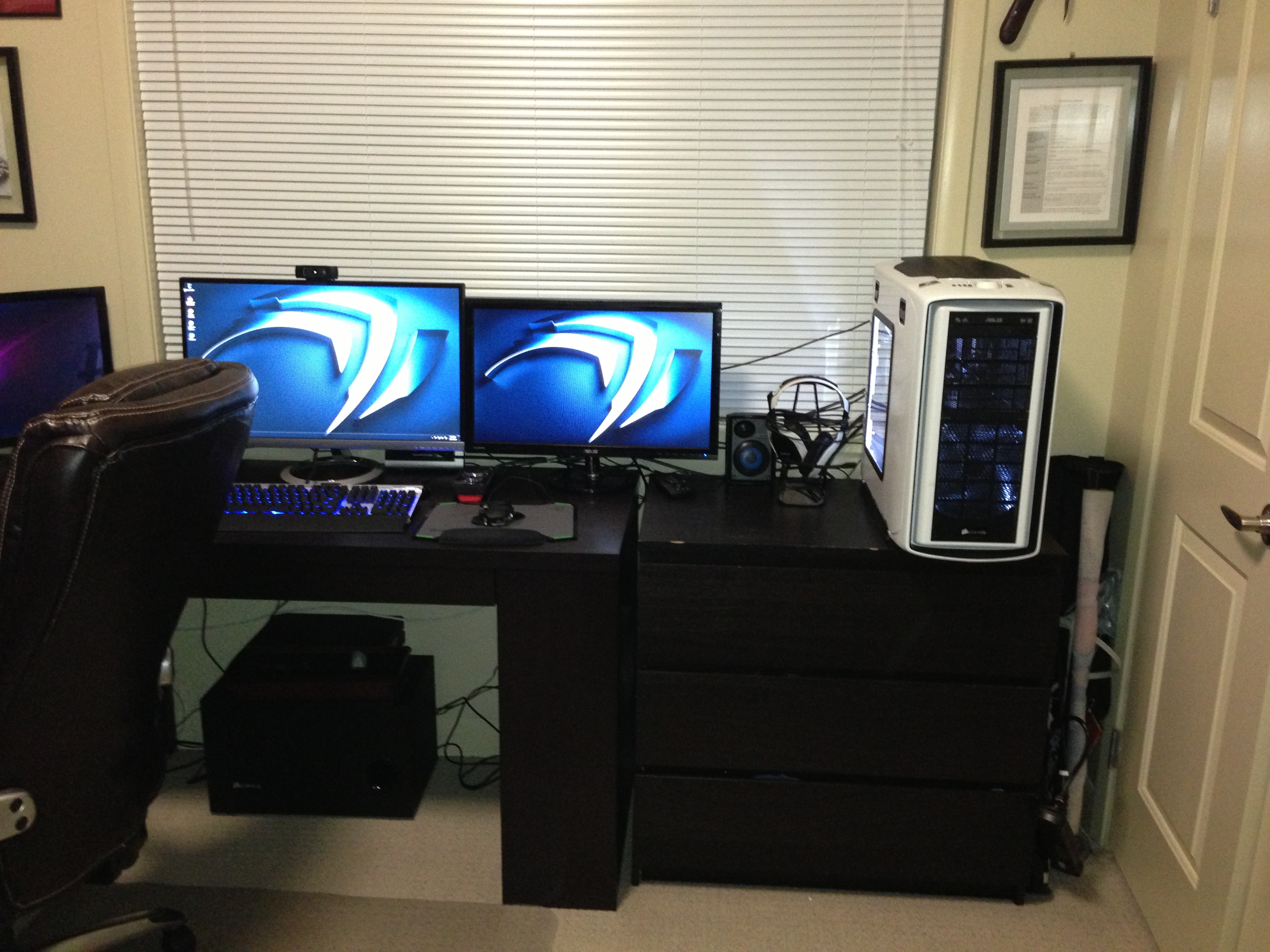 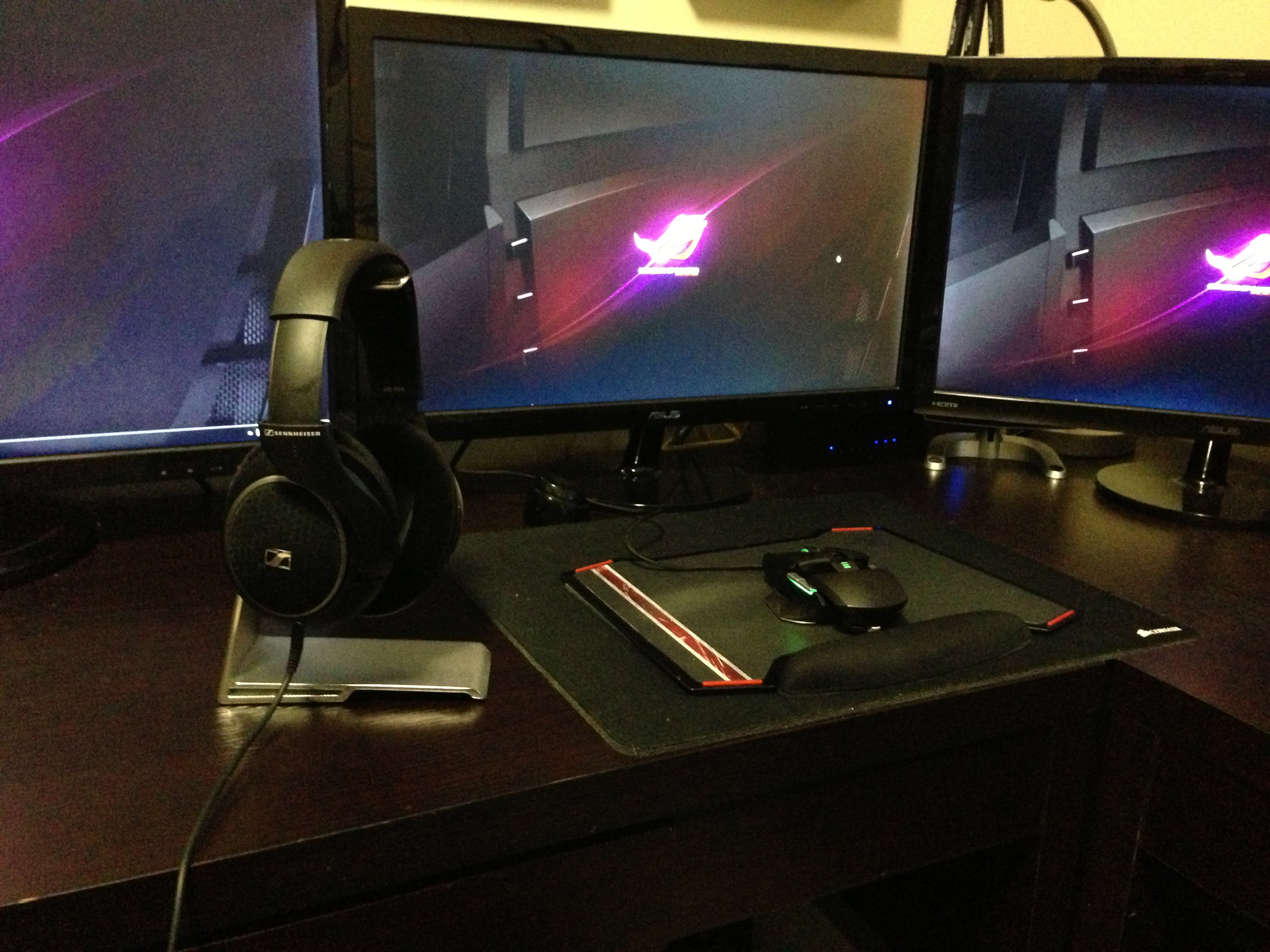 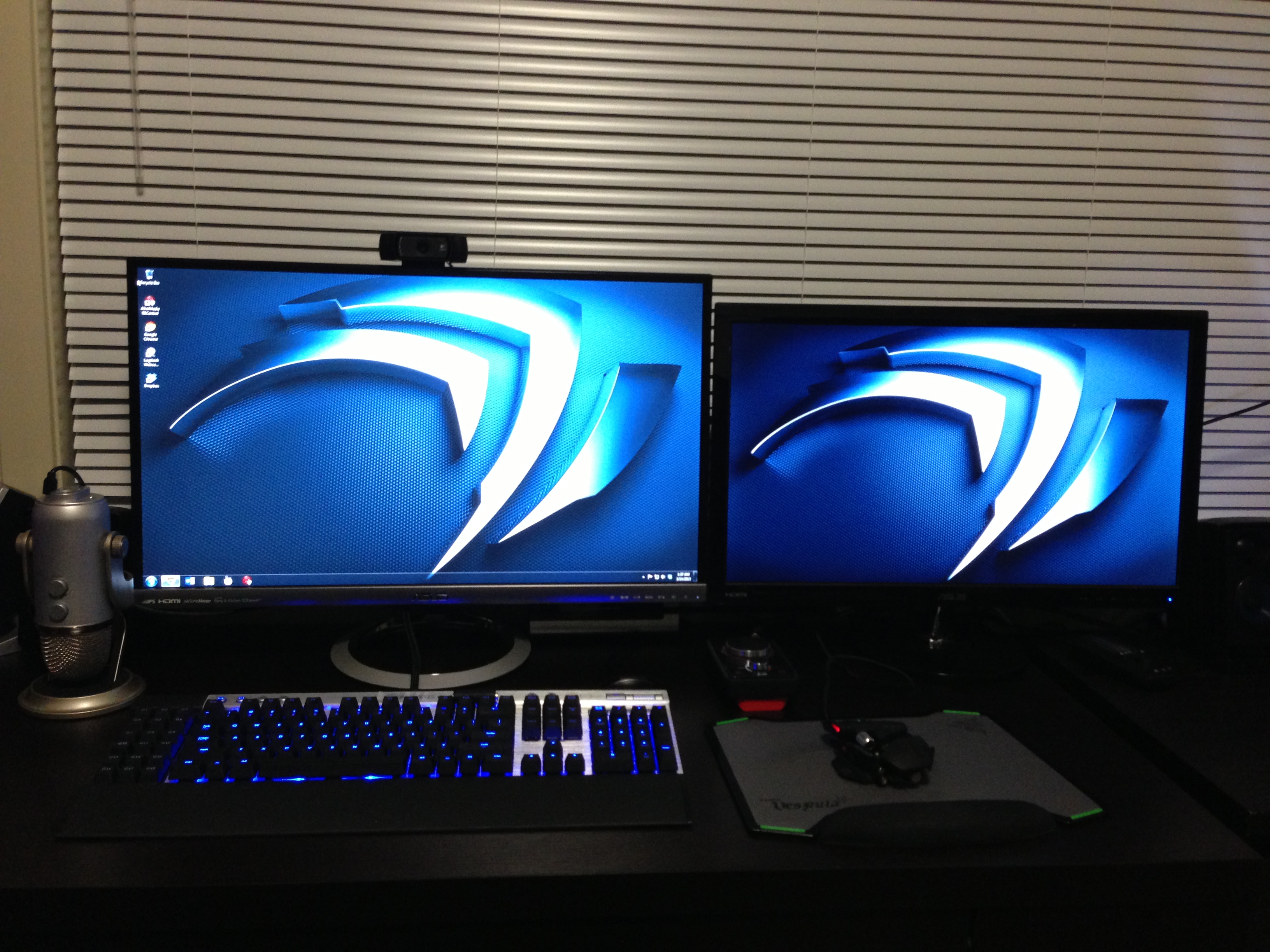 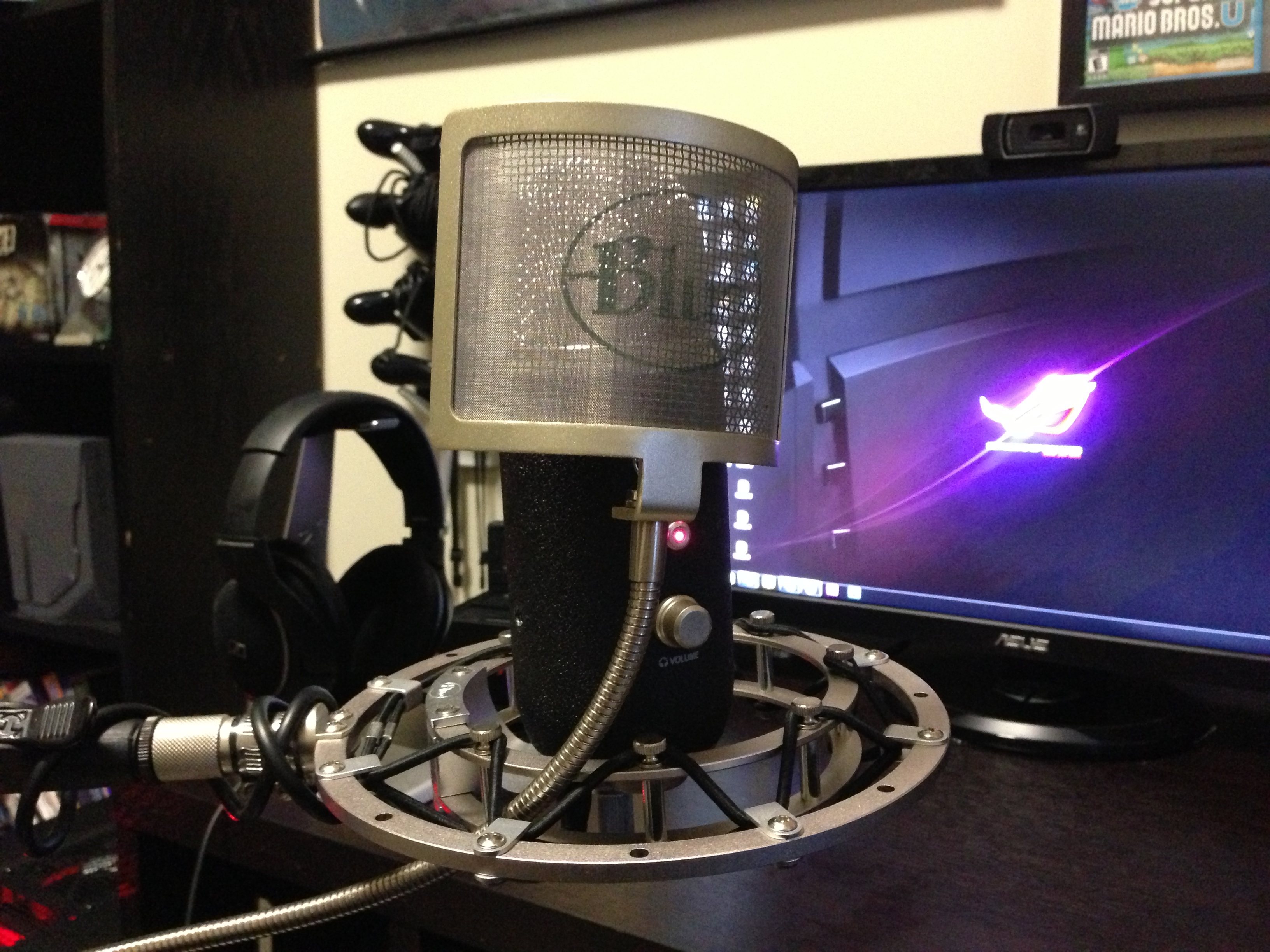 As a hardcore gamer I never wanted to settle for playing on anything below the absolute maximum settings. As a full time YouTuber I needed a high end computer that could capture PC gameplay and render it quickly. Luckily those two paths converged and resulted in my current rig. The customization of a PC is one of the things I love most about this community. Your PC is truly your own, very rarely will you find an exact match between two owners.

My only major regret on this build is not at the time going with a 3960x and a Rampage IV setup. I needed the Maximus V because Z77 was the only platform at the time that natively supported Thunderbolt technology which was required for my Blackmagic Extreme Capture Card. The Corsair 800D was a great case to work with. The large form factor and well placed cutouts made cable management very easy. The only negative is that in order to maintain its sleek minimalistic design you sacrifice airflow. Only a bottom mounted 140mm and a rear mounted 120mm fan are bringing cool air into the case. With the amount of components inside I sometimes worry about the internal temperature, but have yet to run into any issues. Also, because my office has carpet the computer sits on two wooden planks to reduce dust build up which should help with airflow as well. In terms of future upgrades I most likely will be changing the CPU to Ivy-Bridge E upon its release. I have toyed with the idea of taking the plunge into water cooling but feel I upgrade my components too often and air does an adequate job.

Just recently I built a dedicated Livestream PC for convenience purposes. It has pretty standard components that from a design point of view work well together. I wanted a case that was smaller and had more of a distinctive look than the 800D. The 600T fit both criteria and I chose matching white and silver components from there. Luckily the PSU is covered by the case side panel and the red label of the Corsair AX860i is not visible. Overall I am very happy on how the build turned out as the 600T was very easy to work with. Some negatives I will note is that unlike the 800D you cannot run a dual 120mm radiator natively in a push/pull configuration. Secondly there is no shroud to cover the PSU cables, so there is an unsightly bundle of wires when you peer into the case. Finally, although the front 200m fan provides better airflow than the 800D, at stock it is very loud. I will most likely replace the front fan or attach a low speed adapter in the future. If I ever plan to do any upgrade in the future I would also like to add some braided white cables to give it cleaner feel, but that’s a project for another day.

This community will always strive because of the customization available to consumers at both the hardware and software levels. The constant flow of new technology keeps all of us enthusiast reading, watching, researching and even writing about everything that involves the PC and gaming market. I am proud to be part of this community and also eternally grateful being one of the few people in the world where their passion is also their job. Hopefully you enjoyed a small look into my life that has been made possible with the support of fellow gamers like yourselves. I will never be able to fully express my gratitude but once again Thank You and Good Gaming.