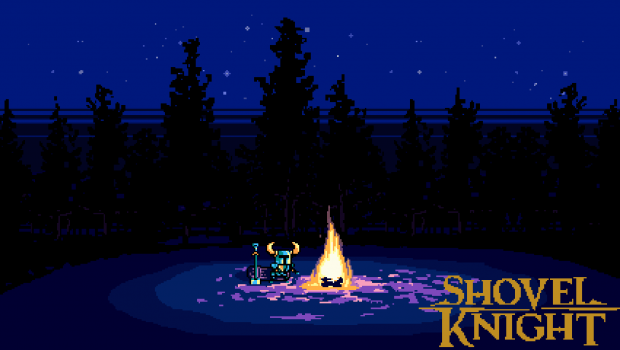 Published on April 8th, 2013 | by BlackLiteAttack

I originally clicked a link to Shovel Knight’s Kickstarter page after reading the title and seeing the promo art. “Ha!” I thought. “A knight with a shovel instead of a sword! Hilarity!” I’m a sucker for silly premises. What I didn’t expect was that the trailer would hit me right in my 8-bit console childhood. Those graphics! The tight-looking gameplay! That music! I needed this game. As soon as I got to the  show floor on PAX East’s opening day, I was immediately on the hunt for Shovel Knight. It took me a good while to find too, as it was nestled in a corner behind Hawken and the loud, clanging bell of the strongman game at the Popcap booth. Once I had found it, game on! The game played exactly how I’d imagined.

Shovel Knight is actually built around the concept of the sword-drop attack made famous by Zelda II: Adventure of Link. In fact, this concept was what made the creators decide on a shovel rather than a more ordinary weapon. The controls are wonderfully nostalgic, having been designed as if for an NES controller. Aside from the 8-directional movement afforded by a d-pad, there are only 2 buttons to concern yourself with: Jump and Attack. Shovel-dropping is accomplished just like in Zelda II, by holding down while in the air. Secondary weapons, which can be picked up during the course of a level, stay true to the Castlevania franchise and are activated by pressing Up + Attack.

Yacht Club Games describes Shovel Knight as their love letter to 8-bit gaming. The game features tight controls, colorful and distinct bosses, toenail jumps, and a quirky sense of humor. All of Yacht Club’s representatives were friendly and eager to talk to us about their game, but I spent most of my time speaking to Nick Wozniak, Artmancer at Yacht Club.

Nick guided me through the demo at PAX East which showcased an early stage of the game named Proudmoor Keep, home to a boss first revealed at PAX East: King Knight. When I laugh about a knight that is also a king, Nick corrects me: “He’s more of a kingly knight.” “A knight that fancies himself a king?” I offer. He laughs and nods in agreement. A comedic approach like this is a large part of what draws me to Shovel Knight. Both the titular hero and his foes all feel like something you would come up with while joking with friends, with everyone trying to one-up each other on outlandish concepts. One enemy that impedes S.K.’s progress through the Keep is simply a rat tied to a propeller that drifts lazily through the air. Nick points to them and remarks, “Notice there isn’t any sort of control mechanism. The rat is sort of clueless and has no control over where he’s going. We thought that was funny.”

In practice, the game plays beautifully. The controls are responsive and tight, well-armored enemies and difficult platforming sections offer a good challenge, and the level design is callback to a day long past, when visual cues were the only tutorial anyone would need. Platforming sections with the shovel are easily the most challenging, and rewarding, part of the game. Shovel Knight can’t get a lot of air on his own, but by shovel dropping onto an enemy’s head, he can propel himself skyward and reach new, previously unattainable heights. In one room, a shiny diamond glitters tantalizingly on an unreachable platform. As S.K. enters the room, an automated horse with an attached lance charges him. This is easily dodged with a simple jump, but another, identical enemy waits in the wings, ready to follow suit with its predecessor as soon as S.K. walks within range. This shows players that they’re meant to use this enemy, which will charge just like the last, to shovel bounce up to claim their prize. Cues given this way not only provide a fun challenge in getting the correct timing down, but also help the player feel more accomplished, as they solved the puzzle themselves with only minimal, subtle guidance from the game. As I point this out to Nick, he nods and confirms that the design of this room was all intentional. 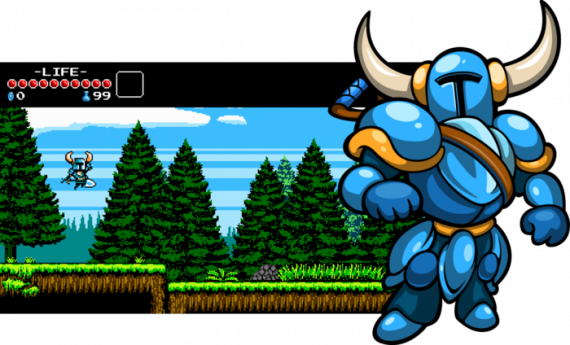 Speaking of diamonds, those will play a major role in Shovel Knight. In the demo at PAX East, since it was only a single level, diamonds collected served only as a score. Top-scoring players were allowed to enter their initials, arcade-style. We’re promised that, upon release, diamonds will play a much more important role. Shops will be available between levels, allowing S.K. to spend his hard-earned dosh on things like subweapons. Interestingly, during the demo, diamonds also served a secondary purpose – a reason to stay alive. Shovel Knight does away with the antiquated Lives of yore and instead simply removes half of your collected diamonds upon death, respawning you at a close checkpoint. I found this to be quite a compelling system, and one that I hope makes it into the final game. During the demo, dying only ruined your shot at the scoreboard, but if the system stays in place when the game is launched – that’s plenty of reason to play and play well and stay alive. Lives are an outdated system, one that probably should have been abandoned when games left the arcade and developers were no longer after our hard-earned quarters. If anything, running out of lives and falling back on continues are nothing but an unnecessary annoyance these days. But Shovel Knight’s method of punishing your virtual wallet does away with troublesome continues while still keeping players from simply jumping into a bottomless pit for a free reset on their life bar. Yacht Club says the final downside to death is still in the air.

After battling through wizards, propeller rats, gryphons, and an enjoyably difficult platforming section involving disappearing platforms (something that would feel at home in Mega Man 3), we reach King Knight. His attacks live up to his kingly splendor: trumpets appear to herald his coming and shower the battlefield with deadly confetti, his ground pound stuns Shovel Knight so that King can “coronate” him (read: bash him about the head with his scepter), and his kingly strut knows no equal. Being a seasoned veteran of classic Mega Man titles, and more recently Zelda II, I have no trouble dispatching the would-be monarch. Yacht Club seems to agree with the fans: King Knight needs a bit more buffing before he’s ready. No one’s looking to condemn him to a life as Shovel Knight’s Chill Penguin. No worries though, Yacht Club has a lot of development to look forward to.

And speaking of Yacht Club, those fine folks just recently blew through their Kickstarter goal, which means Shovel Knight is officially funded. They did it with almost 2 weeks left on the clock, an impressive feat that shows how much interest there is in the game. They have also detailed a list of tantalizing stretch goals since many folks are still donating. Go check ‘em out if you haven’t already. This little slice of old school gaming bliss is looking hopeful for a Holiday 2013 release, and will be available for PC (most likely through Steam), WiiU, and 3DS.

2 Responses to Defend Thy Shovelry: I Dig Shovel Knight 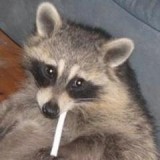 BlackLightAttack, was born with a hat on his head and a glimmer in his eye. Ever seeking an opponent worthy enough to match his skills, He once met the Devil in Tennessee, whom he challenged to a fiddling match. Realizing too late that he didn't know how to play the fiddle, He had no choice but to throw a handful of sand into the Devil's eyes and flee - he has been on the lam ever since. BLA enjoys Spying in TF2 pubs and long walks on the beach (where there is plenty of sand at hand- in case the Devil shows up). 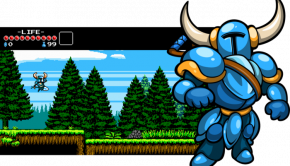