Tim’s live XCOM Ironman playthrough has had plenty of great moments on the past few Thursday nights.  All his characters

Today is the big one: Game of the Year.  Our list started with 13 games and was whittled down to 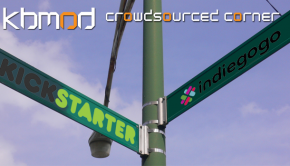 The KBMOD awards for 2013 continue even into 2014!  Today we choose the best multiplayer game of 2013. The nominees

Episode 124 is here and with it comes the end of the 2013 awards season.  We discuss what we’ve been

The KBMOD awards for 2013 continue even into 2014!  Nic aka Tetraninja joins us to crown the best Single Player/Co-op

Stream Highlight: WHAT IS THAT?!

Tim has been running XCOM: Enemy Unknown Ironman for the past few weeks with all KBMOD themed soldiers.  In this

We at KBMOD are pleased to announce that we will be giving back to our awesome Twitch subscribers each month!

A New Year is here and with it a fresh podcast.  The crew is all back for this first cast

Welcome to the January 2014 version of our PC build guides. As with before, we have implemented hard price limits