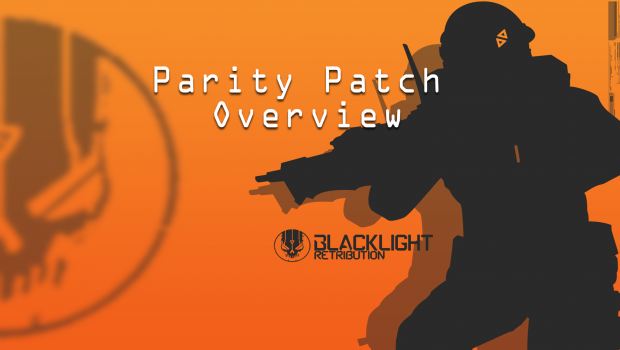 Everything you need to know about the Blacklight: Retribution Parity Patch

It’s been nearly 2 years since we’ve seen any sort of patch or content update on PC for once community favorite, Blacklight: Retribution. Hardsuit Labs was formed with the renewed passion to bring BL:R on PC to the current state that it’s in on PS4 and to continue supporting the game on both platforms. Over this past weekend we finally got our hands on what the PS4 players have gotten to experience over these couple years thanks to the developers over at Hardsuit Labs. I’ll be filling everyone in on all the changes made and giving an overall rundown of the state of BL:R at the moment.

A little bit about the patch first: everything has been transferred directly from the PS4 version of the game. Menu designs, maps, guns, patch updates, all of the content that you could find on PS4 is now copied right over to the PC. This may give some aspects of BL:R a “console” feel; however, don’t let this immediately turn you off from playing. This feel is only temporary while everything stabilizes itself out on PC. Once all the bugs are squashed and accounts are back in order, then Hardsuit Labs will be working on balancing everything on PC.

When first loading up Blacklight: Retribution you are met with immediate change. Everything has gotten…bigger. All the menus are blown up so even those with failing eyesight can read the text. This is obviously the first sign of all the files being copied directly from PS4 where most players are playing more than 2 feet away from their monitors or TVs. With a plethora of settings to go through, turning the menu sizes down is unfortunately not one of them at the moment. A wide array of options however are still available for everyone to optimize the game to their liking.

One of the biggest areas of controversy when it comes to the new patch is the customization of weapons. Everything that you had unlocked in BL:R before is still available and in your inventory, aside from a few items that the devs have taken out of the game. In the past, whenever you would rent or purchase an attachment it would be available on all of your receivers. With the new update attachments are receiver specific, meaning you have to buy your favorite attachments for each new gun that you purchase or unlock. Thankfully, though, the cost of GP to purchase and rent these attachments is significantly lower than before the patch. Fortunately, the customization doesn’t just stop at the weapons. The various different types of armor still exist within the game. Affecting the players HP, movement, and even gear slots, the strategy behind what equipment the player decides to use, is still there.

Now this is where the biggest uproar of misinformation and anger has come from since this patch has dropped. A lot of it revolves around the recoil of the guns, or dare I say lack thereof. It is true that the guns do not have recoil whatsoever at the moment. Remember earlier when I said they copied everything from the PS4 version of the game? I meant everything, including PS4 recoil values for all of the guns. This will be changed once everything is in working order on the PC side of things and weapons will be balanced out with proper recoil values catered to playing on PC. Another change under fire is the complete removal of stamina in the game. To balance out the unlimited sprinting one can do, the devs have lowered the overall speed of everyone, a decision that I even questioned but has grown on me the more I play. Other than these two changes it still does feel like you’re playing BL:R, and once the PC recoil values are set in place it’ll feel exactly like the good old times with the game.

Another notable change to the gameplay would be the depots placed around the map. Depots are stations where players can refill on health, ammo, and various other items to help with situations during the match. A streamlined menu is now set in place for purchasing items from depots, making it a much quicker stop for players when refilling on resources. Before, you had to swipe through each item on the depot to get to what you wanted. Now, it’s a quick hotkey process of 1-5. I have seen a lot of people speak out about the design of the new depot menu but I personally will take functionality over visuals. 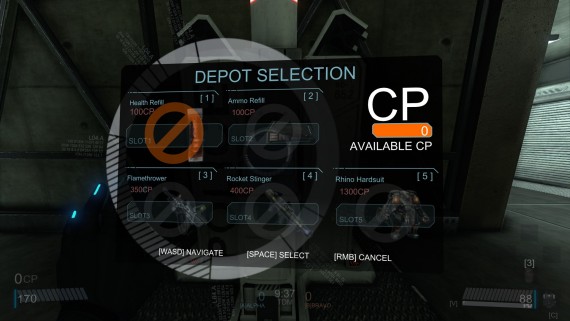 There you have it, all of the major adjustments that have been made to Blacklight: Retribution. Some players are quick to cry “poor console port,” but that’s because they fail to see what the developers are trying to do with the game. I will take some larger menus and a brief time of laser precision weapons if it means that patches and content are released and developed at the same time for both the PS4 and PC.

If you’ve had a chance to play the patch, let us know your feels on it in the comment section below. I’m always hanging out in mumble myself when playing and welcome any and all to join me.

7 Responses to Everything you need to know about the Blacklight: Retribution Parity Patch