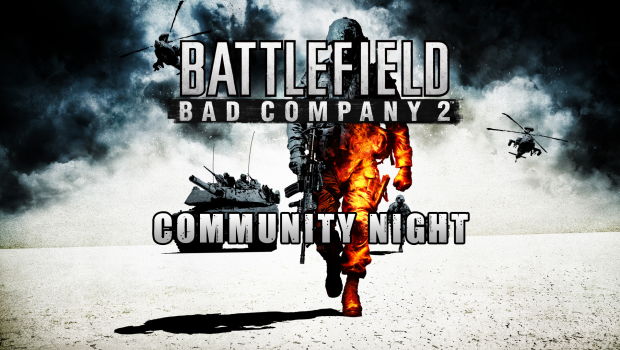 It is that time of the week where I announce what the next community night game is going to be, if you follow me on Twitter then you may have seen me put a poll out asking who all owns Battlefield Bad Company 2. The results have shown that enough of you guys out there do own the game so I have decided that it will be the next KBMOD Community Night game. As always it will be streamed on our Twitch Channel and we will be hanging out in the KBMOD Discord. Anyone is welcome and encouraged to join in on the fun. As usual our start time will be 10 PM EST and we’ll go until we get bored of playing, generally around 12 AM EST. So make sure you guys get the game downloaded if it’s not already on your PC and I hope to see you Friday night!