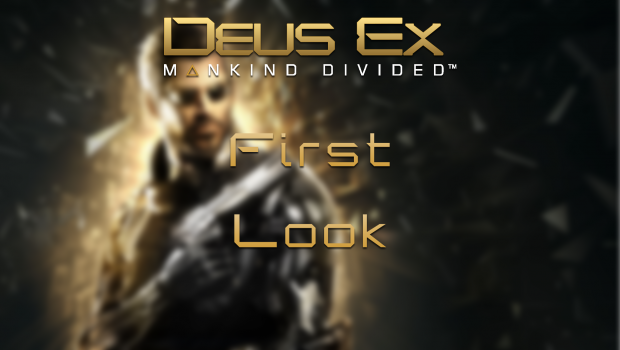 The highly anticipated title Deus Ex: Mankind Divided has finally released, and since the general public has gotten their hands on the game, the overall reaction has been somewhat mixed. Most of the reviews leading up to the release of the game were fantastic and had everyone, including me, chomping at the bit to play. Being it is only the day after the release, I have spent roughly 6 hours with the game and I can now share some of my initial impressions of Deus Ex: Mankind Divided. 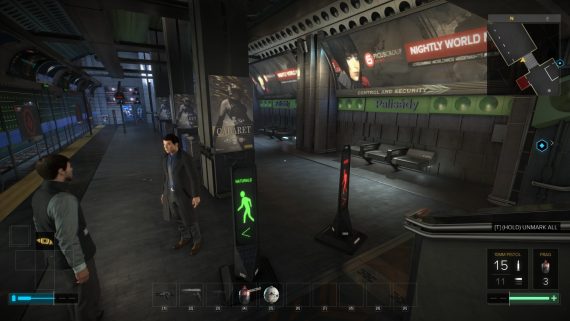 Let’s just get what everyone is talking about out of the way first, and that is the performance of Mankind Divided. The options can all be changed in the launcher of the game, and I was defaulted to the “High” preset. I am reviewing the game on SLI GTX 970s, an i7-4770k, and 16gb of RAM, so just for kicks I decided to try out the “Very High” preset just to see how my system would fair. Sadly, an average of 7 FPS meant that dream was short lived. After about 45 minutes of messing around with various graphics settings, disabling/re-enabling/disabling SLI for a second time, and unfortunately rolling back my graphics drivers I finally found an optimal spot where I didn’t sacrifice too much visual quality but still got an acceptable frame rate.

Upon further research I found out that activating SLI even with 1080s causes significant frame drops compared to running the game with a single card. If you need help further optimizing your game PC Gamer wrote an extensive guide on how to squeeze out the best performance from the game while sacrificing little visual quality. I’ve only gotten into only one major gunfight so far but there are massive reports of terrible mouse acceleration as well. Thankfully Reddit is on the case and has a guide on how to fix that as well for those who are affected.

If you can get past the optimization issues though Mankind Divided so far is a wonderful experience. It has taken all that is great with Human Revolution and expanded on it making it even better. Some of the favorite augmentations like the Typhoon and Hacking Capture are back, and now there are new experimental augmentations available such as Remote Hacking and a Nanoblade that you are able to fire from your arm. Yes… YOU CAN SHOOT SWORDS FROM YOUR ARM! However if you choose to use one of these experimental augmentations, Jensen will “overheat” in a matter of speaking, meaning you have to permanently disable another augmentation. This forces players with tough decisions because once you disable an augmentation there is no way to reactivate it, choose wisely. 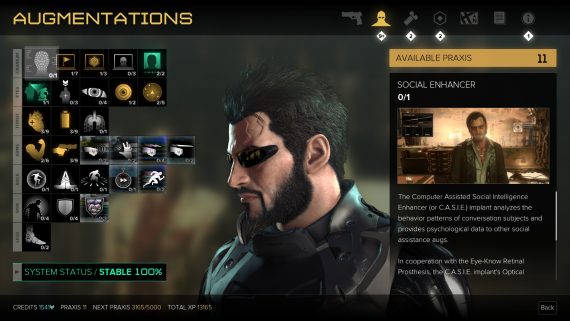 True to the style of Deus Ex, players have many different options on how they want to approach various situations. Whether you want to take the route of brute force or sneak around staying out of sight, there is no wrong choice. Each have their pros and cons and yield different results that can affect the game later on.

The controls themselves were awkward at first, although switching between first-person and third-person views is never a smooth transition. After playing the initial mission, which serves as a great area to acclimate players with the controls, I had a solid handle on the controls and stopped jumping when I meant to take cover. 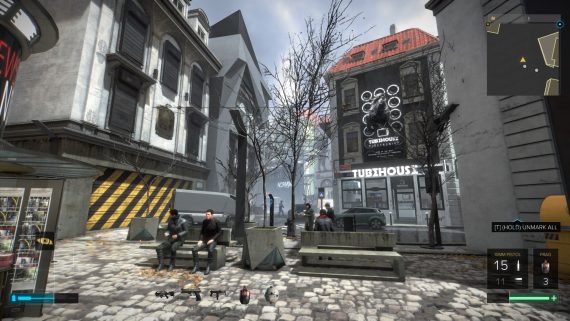 Aside from having to fiddle with the visual options to find a sweet spot between visual quality and proper performance I am really enjoying Mankind Divided so far. Hopefully the team over at Eidos Montreal are able to clear up these tech issues and make the game a bit more stable across all machines. I am glad to report though we don’t have another Deus Ex: Invisible War on our hands here and Mankind Divided pays homage to the Deus Ex series we all love.

Be sure to look out for my full review in the upcoming week to see if my initial impressions change for better or for worse.