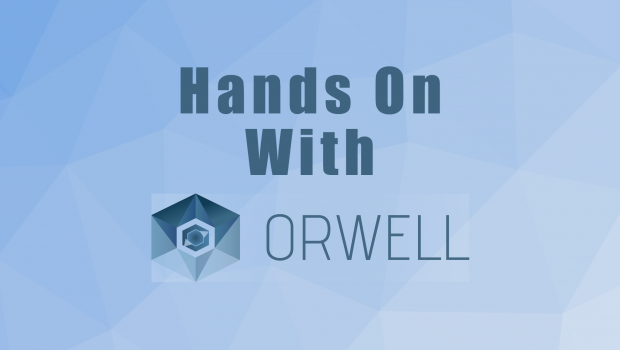 This past weekend I had the opportunity to cover PAX West and all of the wonderful games presented there. Out of many of the games I had my eyes on going into the event, Orwell was one I was itching to check out. Thankfully, I was able to schedule time to sit down and play the demo that the indie game label Surprise Attack Games had on the show floor. 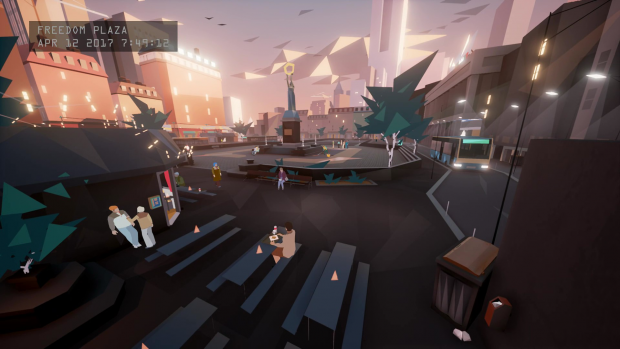 Orwell opens with a terrorist attack occurring in a town square called Freedom Plaza in the capital city of Bonton. It is at this moment that the Orwell program is kicked online and you, the player, are the first employee put into action. Orwell is a new governmental security program that has the power to survey the online presence of citizens and access their personal communication and various electronic devices. The teams in Orwell are split up into teams of two, one person that fetches the data that they feel is relevant to the investigation, and a second person that interprets this data and uses it to form conclusions. 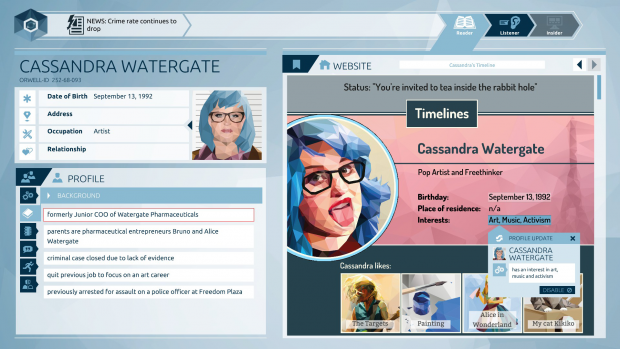 The player takes on the role of the data gatherer. Information from the internet, personal communications and private files are all accessible to you. The game begins with a suspect already in mind, but all you start with is a name. From here you must gather data on this suspect; age, interests, and relationships are just the surface of the information you have to dive into. Beware however, because some data may not be relevant to the investigation and could end up misleading in the long run.

The Orwell program is both the first and last line of defense against terrorist attacks. The research you perform may help prevent future planned terrorist attacks, or ones possibly set into motion already. This sense of importance really got me wrapped up in the job I was doing. I was evaluating every piece of evidence and debating whether or not it was crucial to the investigation before submitting it. There were a couple of times I got dinged for useless information, but I managed to do a great job in the end and was able to apprehend our suspect at the end of the demo. 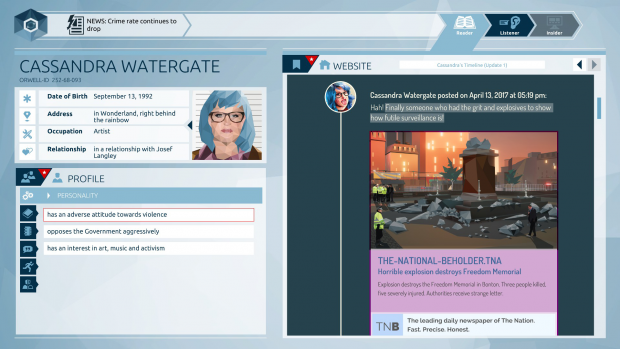 On the surface, Orwell really is just a point and click adventure game (a “hackventure” if you may). However, the amount of detail given to this world is massive, and I found myself getting all wrapped into it and reading news articles that didn’t even pertain to the investigation at hand. I felt my heart starting to race as I discovered new information that broke the case wide open, really giving the story the feel of a real thriller. 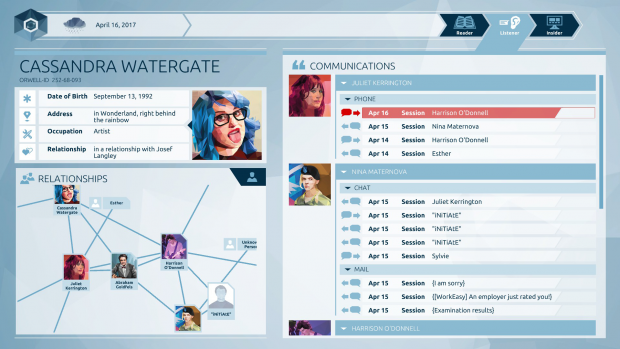 The game itself takes place over a five-day period, and I unfortunately only got to play through the first day. Stopping at that point left me on such a cliff hanger that I can’t wait to get my hands on the full title. Thankfully, Orwell drops sometime in Q4 of this year, so the wait is only a matter of months. This was a must-see game for me going into PAX West and I am glad I had the opportunity to check out this gem of a game.