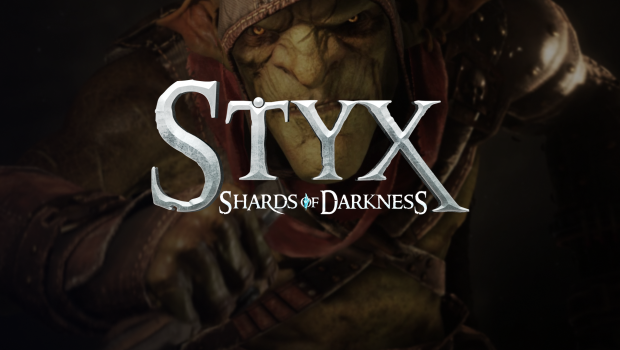 I had just missed jumping from one ledge to another, dropping me into a group of 4 elves that wanted me dead. Needless to say, they succeeded. Now I have a green little shit yelling “How about I come out there and take the controls while you come in here and die over and over again!”. That green little shit is Styx, a talking goblin who specializes in stealth and terrible jokes that still will make you chuckle. Styx: Shards of Darkness, the follow up title to Styx: Master of Shadows, takes players on another memorable adventure with this “lovable” goblin.

In a world where this mysterious substance called amber is used to influence almost any and all matter, Styx will find himself doing almost any sort of job if the payment of amber is worthwhile. Styx infuses this amber into his blood which allows him to perform the various abilities he uses to pull off some of these jobs. Shards of Darkness kicks off with Styx being hired by a group of soldiers known for hunting goblins called C.A.R.N.A.G.E. While this group is what Styx would consider an enemy, and they may very well have been setting him up, the potential payout was too great to pass up. Quickly what should have been a simple theft, turns out to be more than that and sends Styx off on a journey that is more than what he bargained for. 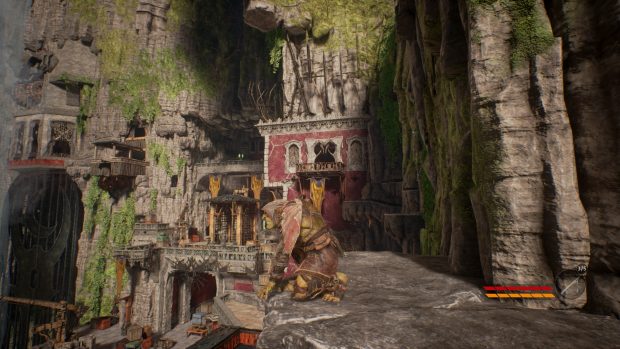 Everywhere Styx goes on his adventure is pretty damn spectacular to look at. From the massive steampunk style airships to underground temples of the elves, I never got a stale feeling from these various environments while skulking in the shadows. Even the run down village where Styx has his hideout has a bit of a charm to it. The best part about each level is that they packed to the brim with alternate routes to take and areas to explore, allowing players full reign of how they want to move throughout the level. Level design can make or break a stealth game, thankfully Shards of Darkness nails it.

Handling Styx is fairly easy on mouse and keyboard as well as with a controller. There where the few occasional moments I would be left scratching my head as to why he wouldn’t grab onto a ledge. However, upon further attempts I realized I just wasn’t close enough or not aiming in the proper direction of the ledge I would want to grab. The animations of Styx sliding along walls or climbing walls was a real treat to see. It seemed like most of the focus went into his animations, because the movement of the patrolling guards seemed a little jarring at times unfortunately. 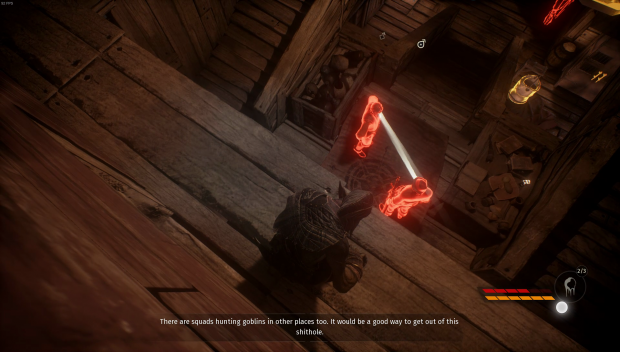 While it may be a daunting task, I encourage others to take their time and explore each of the levels as much as possible. Side quests may open up leading to a worthwhile reward, just the collection of crafting materials makes the exploration worth it. Styx has a bunch of tools and gadgets available to help take out or disable guards, making it easier to slither around the level. My favorite to use was an acid trap, a trip-mine full of acid that would explode underneath a soldier’s feet dissolving any and all trace of a body even being there.

Using traps and tricks are the only way to take out soldiers, head to head combat will most likely result in death for Styx. If players do find themselves in combat there they can either try and parry the enemy’s attack and open them up for a quick kill, or run and slip away by any means necessary. I almost always chose the latter. As mentioned earlier Styx uses amber to gain different powers to help him out during jobs. These powers especially come in handy when trying to escape from a sticky situation. Being able to turn invisible or spawn a clone of Styx are great ways to divert or even lose some of the attention from the pursuing guards. As overpowered as going invisible sounds, it really is not because it drains the amber bar in the matter of seconds. 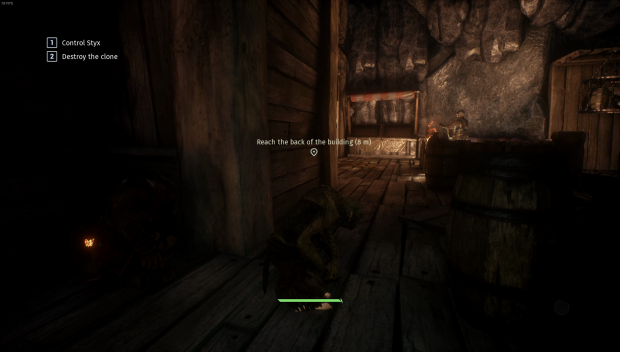 Upon completion of each mission players are granted points they can use to upgrade the gadgets and powers available to Styx. Points are granted based on how quickly levels are completed, as well as the classic no kills or no alarms challenge. Each of these is scored with a medal system, gold being the highest, and it provides players an extra challenge to try an obtain all gold medals on each of the missions. An opportunity after each mission is available to go back and revisit previous missions, whether to beat it with a different approach or chase those gold medals for a better score. 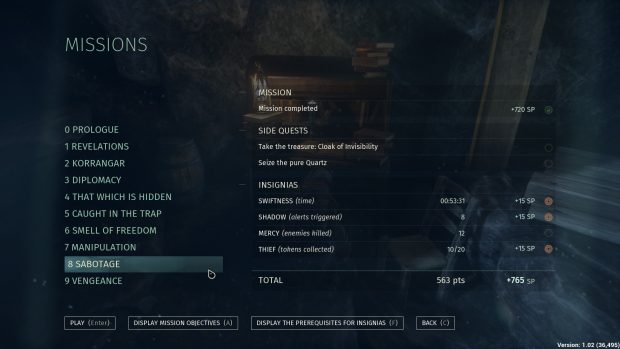 Styx: Shards of Darkness is a pure stealth game that can stand proud alongside juggernauts of the genre such as Splinter Cell or Thief. While some of Styx’s remarks may get a bit tiresome after awhile, the game play is near flawless and the level designs left me with my jaw dropped. You can pick up Shards of Darkness on Steam, PS4, and Xbox One.

Summary: Shards of Darkness is a game made for fans of the pure stealth genre with level designs comparing to some of the best I've ever seen.