With the highly anticipated full release of Minecraft, Eurogamer reviewed it early and gave it a perfect 10 our of 10. The full game will have features like buffing, statistics, and even a defined ending. While, personally, I’m the kind of guy that thinks game are never perfect, Minecraft is certainly cutting it pretty damn close. 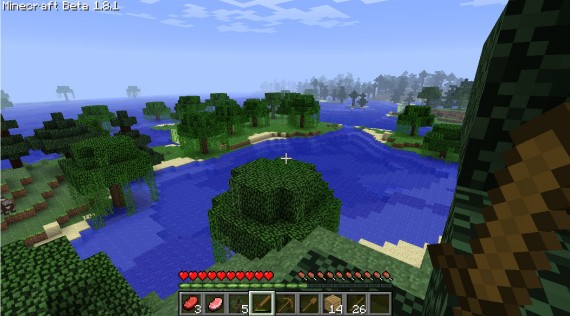 The success of Minecraft is not only a display of the games addictive nature and snowball-effect gameplay, but a message to indie developers. In a sea of Grand-Theft-Call-of-Battlefield-Scrolls-3, it seems indie devs never get the attention they deserve, but Minecraft and Mojang are the biggest and brightest hope for indie games. Don’t believe me? Go check out the Minecraft homepage, and look at the sales counter.

Mojang is doing it right. With constant support and community engagement, there’s really no denying it at this point. It’s been a long time coming, but Minecraft is a legitimate zero-to-hero story in the video game industry.

Thanks to Kotaku for the heads up, and make sure to check out Eurogamer’s review of Minecraft.

6 Responses to Minecraft Is Perfect?

Microsoft and Minecraft: A Discussion →