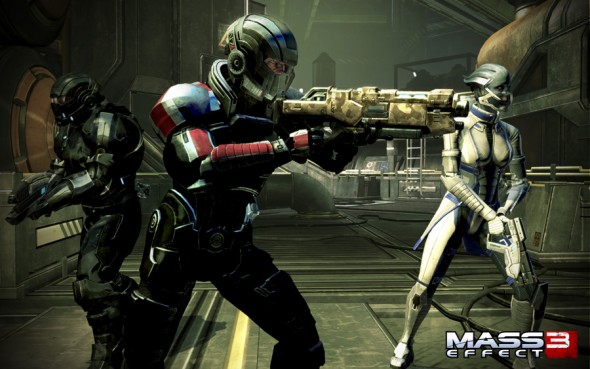 From the “unsurprising, but annoying news” department comes this tidbit from Bioware. Chris Priestly, Bioware community manager has confirmed that Mass Effect 3 will only be available on Origin and require the service for a one-time activation. This activation includes all physical copies of Mass Effect 3.

He then gave the same routine that EA has given from day one since Battlefield 3 was made an Origin exclusive: “Steam has adopted a set of restrictive terms of service which limit how developers interact with customers to deliver patches and other downloadable content.” This is a tired line now, and I’m not even sure why they are spinning it. EA is trying to grow Origin to compete with Steam, and EA clearly thinks the best way to accomplish that goal is to make Origin the exclusive platform for its marquis games: Battlefield 3, Star Wars: The Old Republic, and now Mass Effect 3.

There appears to be no end in sight for the Steam vs. Origin digital distribution war, and the jury is still out on what that means in the long run. However, one thing has become clear: If you’re a fan of EA games, you might as well settle in and get used to Origin because it’s here to stay.

25 Responses to Mass Effect 3 Origin Exclusive, Not Coming to Steam