To celebrate the official launch of Tribes: Ascend, we’re giving away 200 in-game Utility Packs for the Soldier class! The Utility Pack gives the Soldier versatility by granting an additional grenade slot, more health, and faster run speed in exchange for decreased energy. 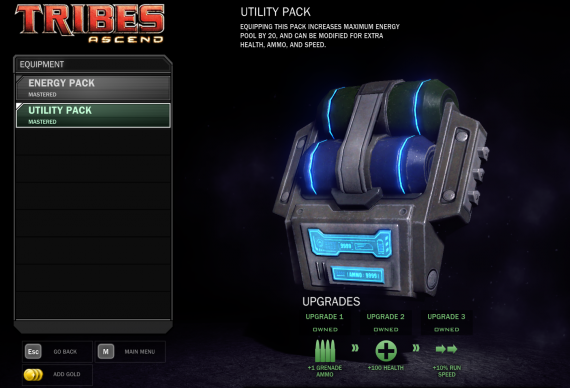 All you need to do to grab your key is head over to this page! (If you already have the Soldier Utility Pack unlocked on your account, redeeming one of these keys won’t give you anything extra, so perhaps keep that in mind before claiming one.)

Once you’ve claimed a key for yourself, redeeming it is easy: