E3 descended gracefully upon the video game world this week–about as gracefully as a three-ton, rented-ad-space-cow with its udders used as PlayStation Move sticks to power its built-in-Kinect-cerebral-cortex with no parachute can descend. While E3 is largely a console affair, it brings together the world’s largest developers and distributors, who do typically develop PC versions of their most anticipated titles (possibly to the chagrin of their stockholders). Visceral Games and Electronic Arts (EA) are no exception.

Dead Space 3 is the upcoming third installment in the highly successful third-person survival-horror/shooter franchise. (You may remember Dead Space 2 as my vote for Best Graphics in last year’s KBMOD Awards.) Visceral Games has garnered industry respect and worldwide acclaim for creating a visually and aurally atmospheric, futuristic, spine-tingling, story-rich world centered around a single character, engineer extraordinaire Isaac Clarke. But for their third go-around, Visceral is going to put that formula to the test by introducing a co-op that, like the world you inhabit, you simply can’t escape. 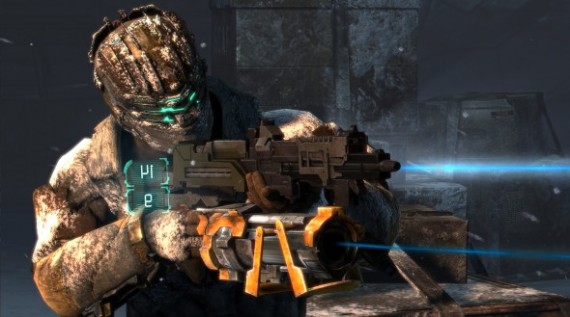 Dead Space 3 will feature the ability to combine weapons

Fans of the series will know that Dead Space is not unfamiliar to change. The first game introduced players to the claustrophobic environments of the USG Ishimura, a deep-space mining vessel taken over by its infected crew, known as necromorphs. The game was largely survival-horror, having players repair different sections of the ship while seeking out aid and ammo. You were interrupted every so often by a necromorph hiding in a vent (aiming to dismember you unless you took it out first) and only encountered large battles primarily at the end of a chapter. Upon the release of Dead Space 2, many fans bemoaned that the game took on a tone that saw players having to fight large hordes of enemies constantly with very little quiet time in between. I believe both games excelled at what they had hoped to achieved; however, the differences between the first two pale in comparison to this new shake-up. 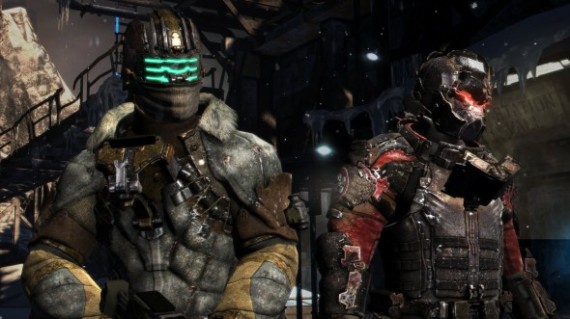 Dead Space 3’s co-op will replace the Left 4 Dead-like competitive multiplayer of Dead Space 2 (although, let’s be honest, you probably didn’t play that). Players will be introduced to John Carver (pictured above), a battle-hardened soldier seemingly devoid of emotion. He is the second member of the playable co-op team and will figure heavily in the single-player story. And here lies my main concern around the decision to push the Dead Space world into anything more than a lonely, claustrophobic, edge-of-your-seat ride. Gone are the small enclosed environments, replaced by vast open arenas of battle. Gone are the moments of stillness, replaced by loud, chaotic, set-piece-driven missions. Gone is the sense of being helplessly alone, with only Isaac’s mind or a voice on the other end of a radio to keep you company.

Visceral is banking on the hope that the conflict between these two co-op characters and the differing goals each player may have will add a new level of terror to the game. It’s possible, but I think Gaming Blend said it best: “Doing multiplayer wrong could completely ruin the horror elements by turning it into a dude-bro shooter.” A dude-bro shooter, indeed.

They say that in space, no one can hear you scream. But in Dead Space 3, your new co-op partner sure can. Dead Space 3 is due for release in February 2013.