Published on October 2nd, 2012 | by seanbutnotheard

The Journey of a Linux Gamer 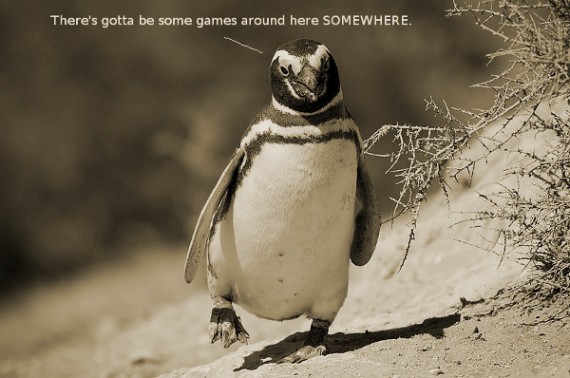 Hey there kids, sit down with your grampa and get comfortable because it’s story time. With the beta of Steam’s Linux client about to change the game industry forever, I’m going to share a bit about my journey as a Linux gamer up to this point.

I don’t know how many times since I’ve been involved here at KBMOD that I’ve heard variations on the following statement: “If I could play my games on Linux, I would ditch Windows for good.” Well I’m here to tell you: I do play my games on Linux, and I don’t own a single Windows (or Maclol) PC. I don’t even use one at work. So, I shall address the question I know you’re all thinking: what’s it like to wear a diaper to a movie theater?  Erm, I mean, what’s it like to game on Linux?

My children, it sucks.

But the good news is, it’s rapidly getting better. (And the diaper thing surprisingly isn’t bad either.) It started in May of 2010, when the first of the Humble Bundles revealed the previously hidden market for Linux games by raising a higher average per-customer donation from Linux users than Windows or Mac. As it turns out, Linux users don’t want something for nothing. We just want to use a good operating system and have the freedom to do what we want with it–just as Windows users already enjoy the freedom to pick and choose their hardware components.

I started the search for good Linux game titles quite a few years ago, and as an idealistic young lad, I wanted to stick with open-source games. What I found were a few really good ones floating in a sea of crap. One great thing is that most emulators are open-source, so of course I have played a lot of those. But I was looking for a really polished experience, and there were just not many to be found. I decided to expand my search into closed-source Linux games, but at the time it seemed like there were even fewer of them.

Then I discovered Cave Story, and suddenly life was awesome. At the time, Cave Story was a freeware game for Windows/Mac/Linux, created entirely by one guy: Daisuke Amaya a.k.a. Pixel. I loved everything about it–the music was genius, the atmosphere engrossing, the action challenging but not impossible, the storyline memorable. Later, it was expanded and re-released with updated graphics and sound for various platforms by the studio Nicalis (who have a fantastic retro-style website, by the way). The re-release is still good, but it was the initial experience that totally grabbed me. It gave me hope that people cared about Linux as a gaming platform, even if it was just a few dedicated coders in the fringes of gamerdom.

Fast-forward to November of 2011, when the Linux release of the Desura client dropped. Having only used Steam a little by that point, I figured I’d give Desura a shot and do my part to show there’s interest in native Linux software. I discovered that there are some real indie gems on Desura, many of which are also on Steam. And Desura’s functionality only goes so far: the user base is much smaller, the social aspect is limited at best, and the Linux AAA titles somehow seem more indie/retro than the indie titles themselves.

So, it was after using Desura for a couple months that I decided to put more time into using Steam, by diving into the world of Wine. For lack of a less-than-technical definition, Wine is an emulator of sorts that allows Windows programs to run under Linux. (It’s not actually a true emulator, it’s a translator, converting Windows system calls into their native Linux counterparts, but I digress.) I was optimistic, since there are quite a few games listed in the Wine App Database and the Steam Games On Linux blog.

However, there were definitely some initial struggles. I could hardly get any games to work, with most freezing, crashing, or not even installing altogether. Ultimately, those struggles were mostly remedied when I realized that you can’t take the presence of any Windows software for granted (for example, a fresh Wine setup won’t even have DirectX installed!). So with the help of a tool called WineTricks, I installed DirectX, .NET, and several other core Microsoft libraries. Once the basics were in place, I found that quite a few games did in fact work out-of-the-proverbial-box and actually had very good performance on my dual GTX 560 Ti’s (though I’m not convinced SLI is actually doing much for Wine). I’m satisfied for now. Even though there are still several games I can’t play, I feel like I have enough to keep me busy. Heck, Skyrim alone is enough to keep me occupied for a while.

So it turns out that gaming on Linux can be done with a bit of effort and a little luck, and I have gradually found more and more ways to game using my favorite OS. On the one hand, desktop market share is still very low (most estimates place it somewhere between 1 and 2 percent), but current market share doesn’t take into account the “I’d ditch Windows if I could game on Linux” factor, he told himself optimistically.

Fortunately, Valve has seen the writing on the wall. We reported a little while ago that Valve officially announced that they will release a Steam client for Linux, apparently prompted largely by the direction of Windows 8. Now that beta is almost upon us. Valve has had great success porting Left 4 Dead 2 to OpenGL/Linux, there are Linux games popping up on Steam Greenlight, and all the existing games with native ports will likely be available in short order once the Steam Linux client is out in the wild. So finally, I’m starting to feel a little less shunned than a Mac user.

What will Steam on Linux mean for me?  Well, not much initially. Of course I’ll try it when I can, but running the Linux version doesn’t mean all my games will magically work. I’ll only have access to games that run natively (i.e. without Wine), which is not many. So I will end up having two Steam installs, at least for a while: one for native games and one for Windows games.  Perhaps, pleaseohplease, Valve will remedy this problem by integrating Steam with Wine, but that’s probably just wishful thinking on my part.

Ultimately, I have two hopes in all of this: one, that as with the Humble Bundles, Steam Linux will reveal that Linux gamers not only exist, but that they are willing to spend money on games. And two, that as a result of the first hope, more game studios put time into developing ports for the OS. Or, another alternative would be for studios to dedicate some developer time to the Wine project, either fixing bugs or implementing functionality related to their games. Some Linux purists don’t want to run Wine at all, but conceptually, it’s not a whole lot different than any other runtime environment like the Java VM or .NET CLR, and with Microsoft’s track record on backwards-compatibility, Wine may stand a chance at being more compatible with Windows programs than Windows itself is. So the Wine project needs to exist, and continue existing.

Being a Linux gamer has been an interesting hike, and suffice to say, it’s far from over. In fact, it’s really just starting. Perhaps someday, the big guys will find room in their hearts for us little penguins and finally deliver the long-fabled Linux AAA Title. I say it’s about time.

8 Responses to The Journey of a Linux Gamer 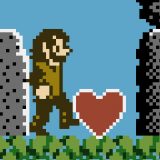 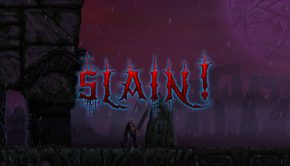