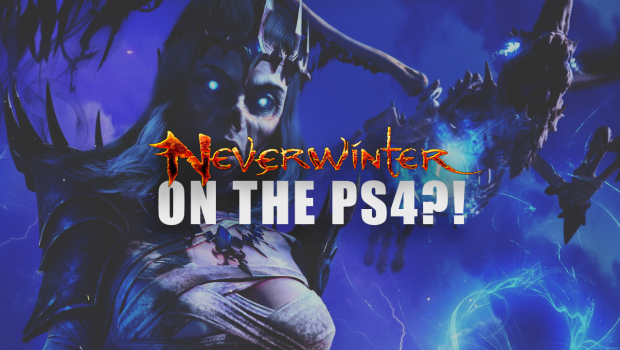 Neverwinter has finally made its way onto the Playstation 4, thankfully I got a chance to check the game out a full week before its release thanks to Cryptic Studios and Perfect World Entertainment. I played Neverwinter on its initial PC release back in December 2013 and I thoroughly enjoyed the leveling experience of this free-to-play MMO even without knowing a thing about Dungeons and Dragons. I figured I would give the game a try now that it is on PS4 to see how it compares to the PC version and to also give a MMO a try for the first time on console. For the purposes of this article I leveled up a Scourge Warlock to level 15 on both the PC version and the PS4 version of the game so I could give side by side comparisons when and if they were needed.

As soon as I started up the game I was met with four new classes to play that were not available when Neverwinter first came to PC. These were released throughout the years after Neverwinter’s initial release, it was a pleasant sight because I felt the lack of playable classes was something sorely missing from the game. The same character customization options are available on both platforms thankfully, this is good news to someone like me that loves making different monstrosities when the opportunity is presented to me. While the character customization menus felt slightly clunky at first compared to the PC version I quickly got the hang of them on the PS4 and was able to get my character squared away with ease. 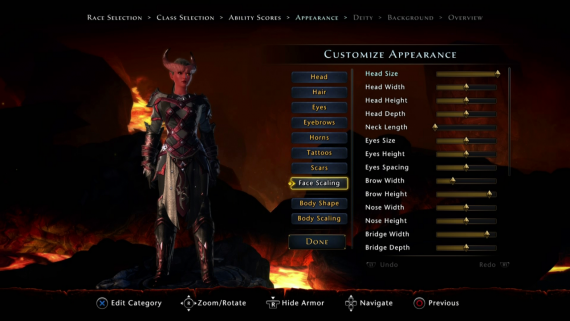 After picking an origin story and allocating skill points I was dropped off on the familiar beach tutorial area, here I got to get used to navigating the menus and get a hang of the combat with my character. The menus themselves took some fiddling to understand and were clunky to navigate on the PS4 unfortunately. Countless times I found myself wanting to access my inventory only to have to spend extra time locating how to access it, all so I could equip a new piece of armor. Being able to hit one key, mine being “I” for inventory, makes it much more convenient to opening up the various menus needed in any MMO let alone Neverwinter while playing on PC. Even though I was able to navigate the various menus efficiently after some time I can’t help but feel they could have been presented better. The heads up display itself though was very similar compared to the PC version and I was quickly able to identify all key features needed on the screen; most importantly the health bar and the spells/abilities bar. 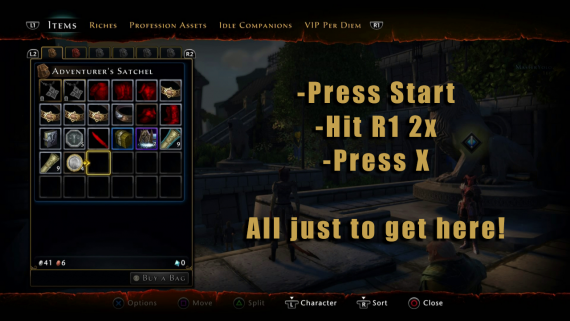 The combat though was really fun with a controller to my surprise. Playing with a controller was one of my biggest worries starting off the game, with a lack of lock on I was not sure how well aiming at the enemy was going to feel. It took a little bit of adjusting the joystick sensitivity but once I found a comfortable setting I was able to kickback, relax, and start melting down my enemies. That was when it hit me; leveling up in a MMO wouldn’t feel like a grind if I was relaxing on my couch! So I quickly hooked up my PS4 in my living room to test this theory of mine, and my God it worked. Countless hours flew by and I hadn’t even realized it; this is when I realized that leveling up in an MMO makes for a great couch gaming experience. 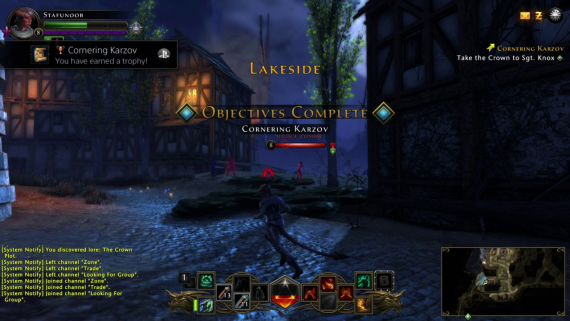 Unfortunately I ran into quite a few performance issues throughout my experiences so far in the game while playing it on PS4. While the game itself does look pretty darn good the main city, also called Neverwinter, was riddled with frame drops and rendering issues making it difficult to turn in completed quests and pick up new ones alike. With no actual combat going on thankfully it wasn’t a matter of life or death when the frames did drop, this sadly wasn’t the case when I got into a group for a dungeon. Multiple times during boss fights I would get hung up by a frame drop that would completely freeze my game and I’d come back into the fight with next to no health or the boss sitting right on top of my character, unfortunately resulting in me struggling to get my character healed up or resulting in instant death. As far as the game’s performance on the PC version I had a smooth 60fps experience throughout all of my adventures I threw at it. I wasn’t really surprised by this seeing as the game has had years to be optimized on the PC and I was playing an early access copy of the PS4 version. I can only hope that with the release patch and future patches to the game the performance gets addressed on PS4 making it a smooth play experience in all areas of the game. 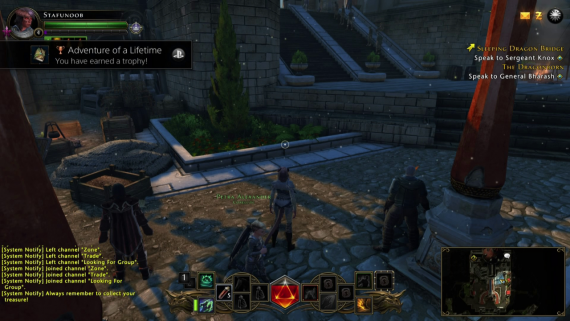 Coming from years and years of playing various different types of MMOs (most notably World of Warcraft) on PC I have always been a little skeptic at the idea of being able to play these types of games properly on a console. With such things as macros and key binds being so crucial to performing well in any PvP or PvE setting I just couldn’t fathom how anyone could play an MMO on console seriously, especially with the limited number of buttons there are on a controller compared to a keyboard. After playing Neverwinter on PS4 I can safely say my worries are put at ease for at least the leveling experience. The performance issues I encountered really make me worried when it comes to end game PvP and PvE sadly. There are times when players have to make split time decisions and movements and if their game drops frames at the wrong moment it could truly mean life or death for their character. As mentioned before I hope that these issues get patched making it a smooth experience for all players in all areas of the game. 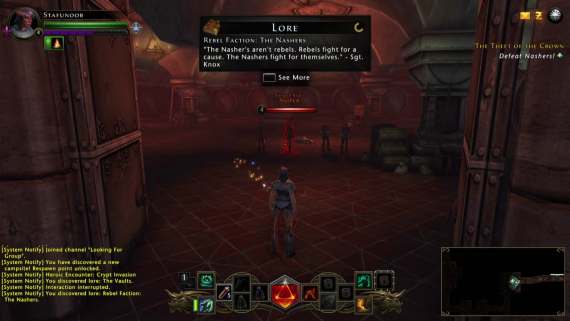 You can download Neverwinter now on your PS4 free of cost, you don’t even need to have a Playstation Plus subscription to play! If you’re looking for an MMO to play but don’t want to pay a subscription fee or even a base price Neverwinter is definitely a great option to look into. I know this is will be my go to game when I just want to relax on the couch and unwind for a bit.

4 Responses to Hands On With Neverwinter (PS4/PC Comparison)