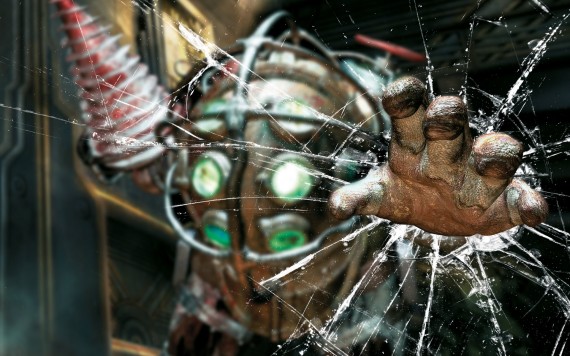 In the same vein as old FPS titles like Doom and Quake, Bioshock has always been a series where playing on hard difficulty was really quite a challenge. There was little health, little ammo, and a lot of things trying to kill you. But in Bioshock Infinite, Irrational Games has decided to go one step further.

Mirroring Diablo’s hardcore mode, Bioshock Infinite’s 1999 mode will up the stakes significantly. 1999 mode is based off of one of Irrational Games’ early works, System Shock 2 (released in 1999) and is reminiscent of a time when games were actually difficult and finishing them was a real accomplishment. In 1999 mode, you won’t be able to tweak your character’s weapon specialization after you’ve chosen it, which means you won’t be doing much damage unless you find the right weapons. All decisions are permanent. There will also be very little health and ammo around, forcing you to be careful and plan accordingly. However, perhaps the most rage-inducing aspect of 1999 mode is that there are no checkpoint saves; if you forget to save for a while and die, you will need to play through that entire portion of the game again.

Considering the harrowing experience I endured in Diablo II‘s hardcore mode, I don’t know that I can survive 1999 mode. The mode was actually created due to interest from Ken Levine and a subsequent poll by Irrational Games. From their press release:

“I’m an old school gamer. We wanted to make sure we were taking into account the play styles of gamers like me. So we went straight to the horse’s mouth by asking them, on our website, a series of questions about how they play our games. 94.6 percent of respondents indicated that upgrade choices enhanced their BioShock gameplay experience; however, 56.8 percent indicated that being required to make permanent decisions about their character would have made the game even better.”

Different modes for different players. I personally cannot wait until KBMOD’s biggest Bioshock fan, Alex, does a 1999 playthrough of Infinite. The rage will be palpable.

Bioshock Infinite is slated to arrive this year for all platforms.

3 Responses to Bioshock Infinite Gets Hardcore