Roccat Bringing Keyboards and Mice to the US

German company Roccat is finally bringing its wears to the US. They make primarily gaming keyboards and mice. Roccat also sponsor several progamers and YouTubers across the pond. Deciding to make the jump over to the US, they are CES with their first products. These will include a 6000 dpi mouse, the Kone[+] which will go for $79, the Isku keyboard for $89 and the Kave headset for $119.99.

They will compete directly with a glut of other manufacturers selling gaming wares. Razer, Steelseries, Asus, Corsair, Logitech and many others are established in this market. It feels like a new manufacturer jumps in every day. If the products are quality, they will do well. Roccat certainly makes them look nice with slick lines and lighting. The pricing is about the same as the rest of the market. Perhaps KBMOD can try to get our hands on some for a review!

One of YouTube’s best PC players, Clayman90 is sponsored by them, and says their Kova+ mouse is the best he has used. That model isn’t coming over initially, although he says it is better than the Kone[+] we are getting. Let us know if you have experience with Roccat in the comments! Check it out his setup video to see some Roccat products below:

5 Responses to Roccat Bringing Keyboards and Mice to the US 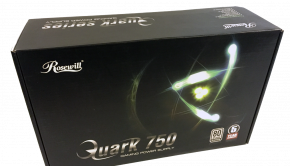