World of Warcraft to get RealID Cross-realm Raids 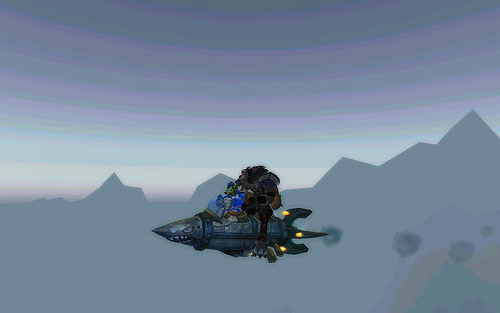 Over time, and especially in the Cataclysm expansion, Blizzard is moving away from realms being relevant as little more than a home server for load balancing. As of patch 4.3.2 they will mean even less.

RealID, Blizzard’s friend list system over battle.net has helped link players to friends across realms since the tail end of Wrath of the Lich King. Now you will be able to run any raid or instance outside of Dragon Soul with RealID friends. Protecting Dragon Soul is a good move, as it is the highest content and enabling you to get a group that way would counteract the Looking For Raid feature. You will also be able to get a full cross realm PVP group going for some ganking with RealID friends.

It is really only a matter of time before the auction house and guilds are cross-realm. It is a good move. Cross realm barriers were a huge thing back in classic Wow and it is good to see them fading away. MMOs should connect people together, not keep them apart. Blizzard is even taking a hit in that transfers are a big money maker for them and this may slow that down a bit. You will see everything cross-realm in the future, and with Blizzard leading the way in MMOs, other games will follow suit.