Far Cry 4 is actually looking really good thus far.  The trailers up until now have introduced us to the main villain, the insane Pagan Min, and a few game play mechanics like wingsuits and riding elephants.

Now we are getting a glimpse into several of the environments which will be in the game.  We start out with the kingdom of Kryat, the main stomping ground of the game that has been shown several times already.  Freshly revealed in this trailer though is the Death Zone, the area above 26000 feet.  Snow dominates the landscape with steep cliffs, yaks, tigers and perhaps a lot of wingsuit game play.  Finally the trailer finishes with a look at Shangri-La.  This area appears to be what happens when you get super high in Far Cry 4, like you did in Far Cry 3.  It is a spirit realm where you fight along side a mythical tiger companion with energy arrows and stuff.  I also have no idea what any of this means in the game. 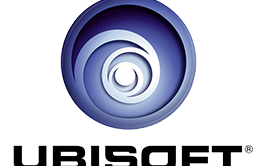