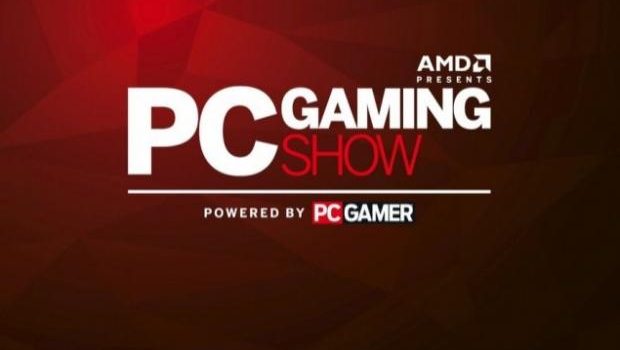 In the most ironic twist of fate, there weren’t enough of us available to do live commentary on the PC Gamer conference. That didn’t stop me from watching and live tweeting the whole thing.  All three hours.

Sean Plott (aka Day9) took the helm as a make-shift late night TV host, and showed you can have someone talk to developers about their games without making a series of out of place dick jokes and demanding the creation of memes on the fly.

Highlights of the first ever PC Gaming conference included seeing Deus Ex: Mankind Divided utilizing DirectX 12 in all of it’s shiny glory, Killer Instinct finally heading to PC (including cross play with the Xbox One), along with Gears of War: Ultimate Edition.  This was especially refreshing to see from Microsoft after years of neglect and miscues on the PC platform.  Phil Spencer even owned up to Microsoft’s short comings on the PC during these announcements.  There was also a new theme park simulator announced called Planet Coaster.  It is being made by some of the original Roller Coaster Tycoon developers over at Frontier (of Elite: Dangerous fame).

AMD, co-sponsors of the show, took the opportunity to trot out their new Dual-Fiji based GPUs, and a fancy little gaming PC in a crazy looking form factor that’s utilizing the new card. If you’re looking for a unique PC to throw in your living room, or replace your current gaming setup, this might do the trick.

We also got a look at Strafe, the retro, twitchy, Quake-esq shooter played on an actual keyboard and mouse as opposed to all the controller driven shooter demos from the other conferences. It might not be pretty, but damned if it doesn’t bring back memories of the hours I poured into 90’s shooters as a kid.

Not willing to take the back seat, Blizzard showed off Eternal Conflict, the first expansion for Heroes of the Storm. If you’re into that MOBA life, get ready, this new expansion is only a couple of weeks away and looks to focus on Diablo III.

Blizzard also gave us a glimpse at Starcraft II: Legacy of the Void, albeit only in the form of a cinematic trailer. The new trailer announces a three mission prologue called Whispers of Oblivion that we can look forward to in July 2016. The new missions will tie together the events of Heart of the Swarm and Legacy of the Void, which will wrap up the story and events of Starcraft II.

From the indie side of PC gaming, we saw what is sure to be a new couch stream favorite, Enter the Gungeon.  This game looks like The Binding of Issac on steroids, but with a rainbow shooting gun and co-op. Prepare yourselves for many hours of us yelling at one another on various couches while we’re killed endlessly!

Finally, we got an absolute conformation that No Man’s Sky is coming to PC at the same time it launches on PS4. It’s been up in the air to this point, and while it may not be exactly clear what the point of the game is outside of pure exploration, I’m pretty stoked it’s coming to PC.

Below you’ll find some of the trailers from the conference. What are you most excited for in the coming months? I personally can’t wait for Killer Instinct and Planet Coaster!

Heroes of the Storm: Eternal Conflict

Starcraft II: Legacy of the Void – Whispers of Oblivion