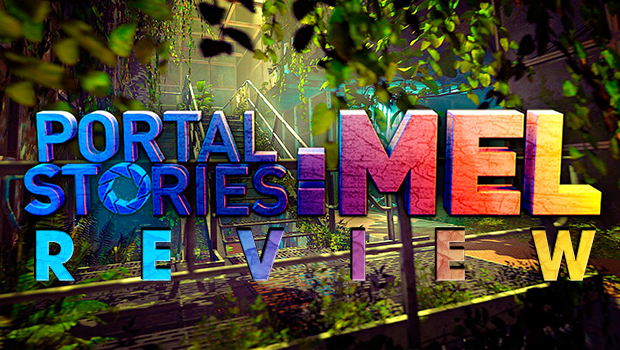 As PC gamers, we rely on the support of modding communities to extend the life span of our beloved games. Portal Stories: Mel is a shining example of how four years after a game’s release, some of the best content comes right from the fans.

Portal Stories: Mel primarily takes place between the events of Portal and Portal 2. However, the game begins all the way back in the 1950s, as Mel visits Aperture Science to test an ‘Extended Relaxation Vault’. As with all things Aperture Science, something goes horribly wrong and Mel awakens far in the future. In the midst of a now worn down Aperture Labs, Mel is quickly greeted by a mysterious voice, with no other choice but to follow its guidance throughout the facility. 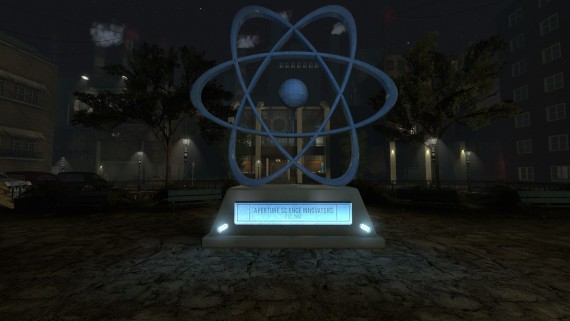 Portal Stories: Mel’s gameplay is near identical to Portal 2 — if Portal 2 had taken its difficulty from Dark Souls, that is. Throughout the game’s 22 levels, each puzzle managed to make my brain parts hurt in the best way possible. Since the release of the Steam Workshop, I have played my fair share of custom maps in Portal 2, but I’m not exaggerating when I say that this game features the hardest puzzles I have had to solve in a Portal game.

While still retaining the same mechanics from Portal 2 (different colored goo, emancipation grids, and such), Portal Stories: Mel crafts its own rather twisted additions. In particular, the red emancipation grid — an energy wall that prevents you from shooting portals through it, with the addition of being massacred upon contact with it — hinders many of the obvious solutions for the puzzles. As much as I embrace a good challenge in a video games,  I fear the significant difference in difficulty between the official games and this mod, may turn many people off from finishing the game. 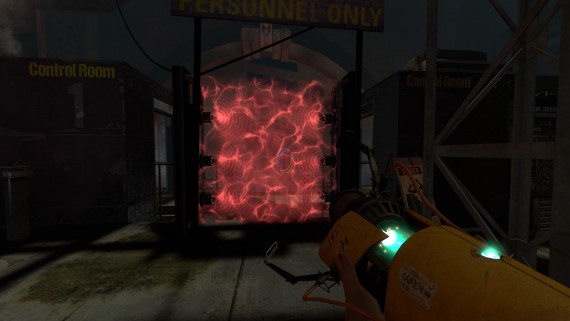 Visually, Portal Stories: Mel is a genuine treat. Beginning in the 1950s, the era is wonderfully realised, featuring impressively accurate decor that truly helps solidify the time period. It really makes for a great contrast to the believably decrepit incarnation of Aperture Labs in the later parts of the game. Though the transition between the eras can be quite jarring, both are effectively realised, and should impress on the whole. 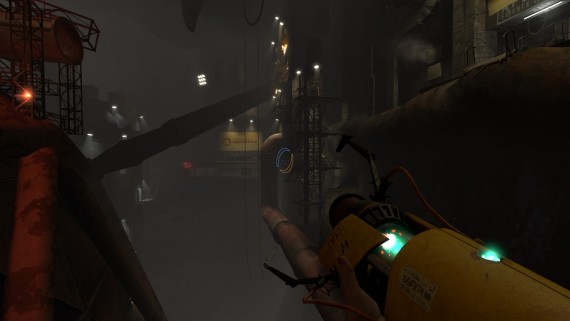 In tandem with the visuals, the game’s original soundtrack also helps to create a truly authentic experience. As the environment evolves around you,  so does the music; ranging from 50s-appropriate tracks to ones that truly make this mod feel part of the Portal world.

Moreover, the game’s sound design is extremely impressive. As I’d be staring at a puzzle in total frustration, I’d find myself distracted by variety of different sounds around me. In one instance, I found myself tracing the sound of water trickling to its origin, only to find a stream pouring out of a crack in the wall. Though these details have no relevance to the gameplay, they do wonders of selling the authenticity of the environment. 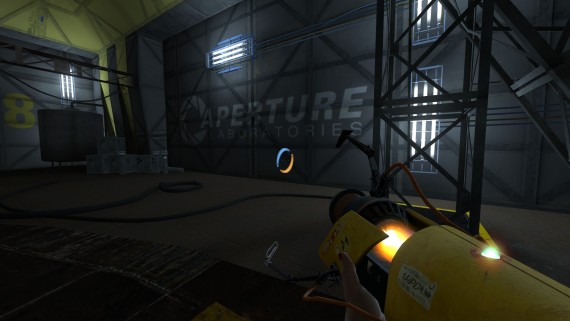 Portal Stories: Mel may well be the closest thing to Portal 3 for a long time. Though that may sound disheartening, Prism Studios have done a tremendous job, and their wonderful game deserves such a bold comparison. Though they have no plans to turn Portal Stories into a series, fans can only hope that the success of Mel may change their minds.

As long as you own Portal 2,  Portal Stories: Mel is free on Steam. As a self respecting PC gamer, I would hope you own that classic by now, but on the off chance you don’t, hopefully the incentive of two games for the price of one may push you to make the purchase.

Summary: Though its creative, but tough puzzles may turn some people off, its wonderful story and captivating environments make for an overall fantastic puzzle game.