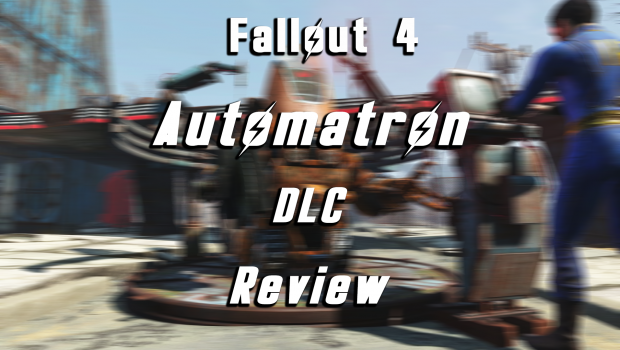 First off, I would like to apologize for taking so long to get this review out for you guys. As many know I am a very strong critic of anything that Bethesda has their hands in developing, so I really wanted to take my time and play through this DLC multiple times trying to take everything in so I could give a fair review. Unfortunately, after playing through the DLC multiple times, Automatron is riddled with consistent bugs and issues – as you’ll find out in my review below.

Once your wasteland traveler hits level 15, Fallout 4’s Automatron DLC starts off with players receiving a distress signal from a traveling caravan under attack. Upon arrival to the caravan you reach a battle full of robots, lasers, and explosions. After the dust has settled and all the hostile robots are taken care of, players are introduced to a new companion for the game, Ada. For better or worse, Ada is almost a must keep as a companion if at least throughout the DLC quests. After a quick conversation about the dreaded Mechanist, the DLC truly starts off and players get access to building the Robot Workshop at their settlements. 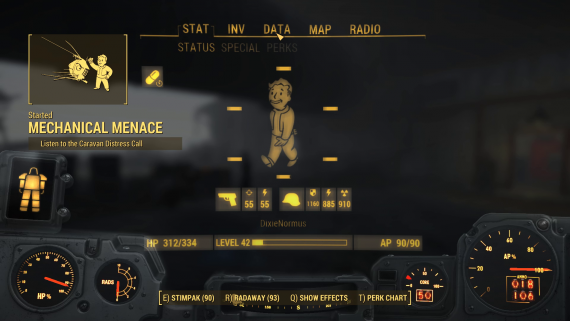 These Robot Workshops are where this DLC truly shines; with access to modifying Ada, or creating a robot of your own, players have the ability to modify every part of their robot companion into their own personal vision. Science and Robotic Expertise are the two skills players need to spec into to access the higher end modifications for their companions, but these modifications are definitely worth it if you plan on using these companions for the long haul. Armor modifications that increase your robots carrying capacity is a must in my opinion. We all know having a personal pack mule is a wonderful option to have while wandering the wasteland. My favorite part, however, are the weapon modifications available. From what I can tell, every single weapon type is available to equip to your robot companions. My favorite setup was a Mr. Handy robot with a Gatling laser gun on each hand. It was both hilarious and amazing watching it just mow everything down in its path.

Unfortunately, the Robot Workshop is the only redeeming factor of this DLC. With a bunch of fetch quests able to be completed within 3 minutes of walking into an area, I was completely underwhelmed by the whole experience. There are a few dungeons that travelers have to travel to the end of to complete a quest, but even these were very underwhelming and forgettable. The only takeaway I had was a new lightning chain gun introduced with this DLC called The Tesla Rifle. I ended up modding this into an electric shotgun of sorts. However, bland areas with only a few variations of enemies to fight found me with boredom setting in quick. At least whenever there was a robot enemy to kill they dropped mods you could attach to your own robot companions and not have to use materials to create that part. 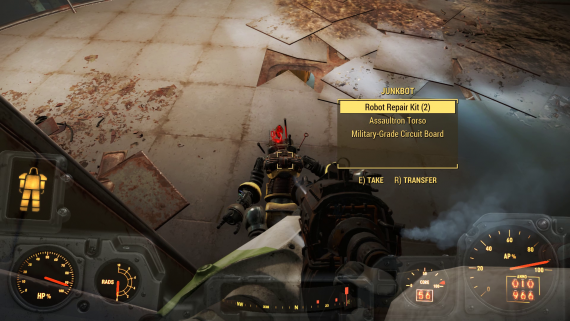 As with any game developed by Bethesda, I came across some pretty massive bugs. The first bug I encountered was when unlocking different doors through hacking computer terminals. After going through the chore of hacking a terminal and choosing to unlock the door, nothing would happen. The door would sit there, shut, not opening at all. Even trying to manually open it by hitting the “use” key proved futile. Instead I had to sit there for 10, 15, 20, upwards of 30 seconds sometimes to wait for a door to open. This was not a one-off event. This happened in every single DLC area with almost every door I had to hack to open. An issue I should say I hadn’t encountered at all while playing the base game. The other bug I came across happened at the very end of the DLC. Upon performing the last activity that is supposed to end the DLC quest line, my game would crash every single time. Reloading saves didn’t fix the issue nor did playing through the DLC multiple different times. Every single time I went to perform this action my game would bug out and crash. Thankfully it seems that Bethesda is taking note of the bugs with Fallout 4 and are working to fix them instead of waiting for community modders to fix it themselves. 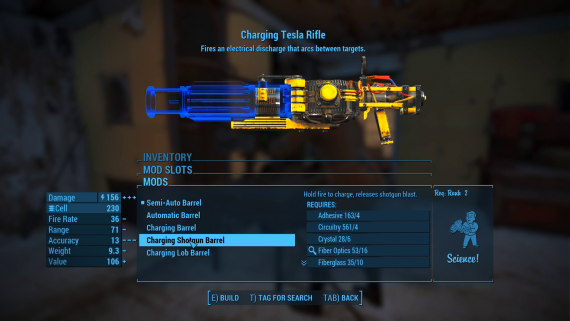 Coming in at $9.99 USD the Automatron DLC slates at about 3 hours of gameplay if you are focused on just playing through it. An underwhelming quest line riddled with bugs really does make it hard to recommend this purchase. However, the addition of the Robot Workshop does redeem this DLC for me. Creating a robot companion that can actually help you out through the rest of the game is a real nice addition. I know for sure whenever I start a new save I will take advantage of the Robot Workshop early and have a perfect companion created by me to accompany me through the wasteland.

Summary: With an underwhelming quest line full of bugs and bland areas the ability to create your own robot masterpiece is a redeeming factor for this DLC.