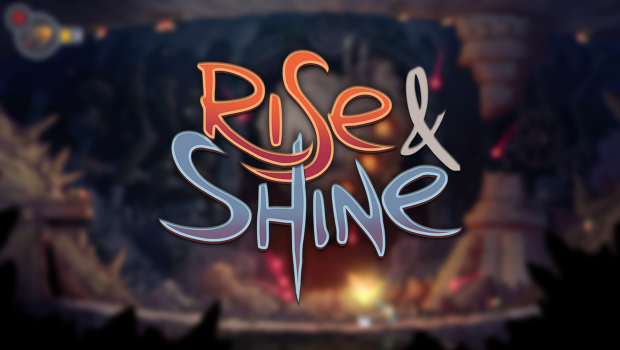 Over the past few years we have seen the resurgence of games released based off of the styles of classic games. It is almost as if they have been fighting back against the current generation of games saying, “Hey, don’t count us out yet! Our styles are still around and we still kick some ass!” Rise & Shine interprets this battle-like struggle between the two generations of gaming and puts them into a full blown war. 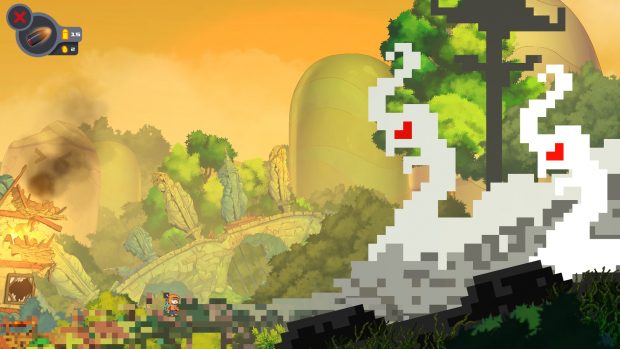 Rise & Shine follows the story of a boy named Rise whose planet, Gamearth, is under attack by the dreaded forces from Planet Nexgen. With the help of his new pistol, Shine, it is his duty to battle the grunts and robots terrorizing his planet. Rise soon embarks on a quest to the Sacred Temple where it is rumored that Shine can unlock a secret weapon to defeat the invasion from Nexgen once and for all. 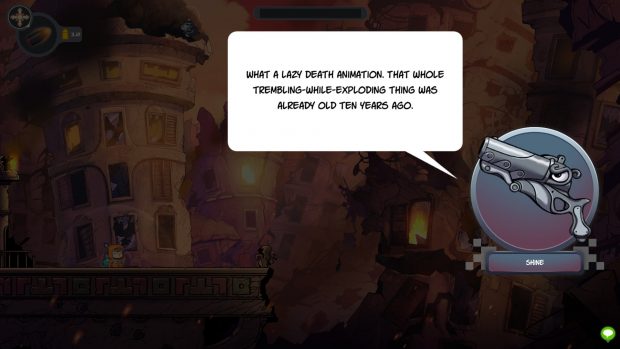 Throughout their journey, Rise unlocks different power-ups and attachments for Shine, which help them solve various puzzles and take out different enemies. The RC Bullet mod was one of my personal favorites. This mod allows players to control the bullet and do what they want with it once it is fired, as long as it is within range of a radio antennae. This mod is introduced early and is used throughout the game regularly,  and it is not just for solving puzzles as well *hint hint wink wink slight spoiler nudge*! My only wish is that there were even more mods and attachments to mess around with. Unfortunately, with how short the game is I do not see a way where they could have crammed anymore in. 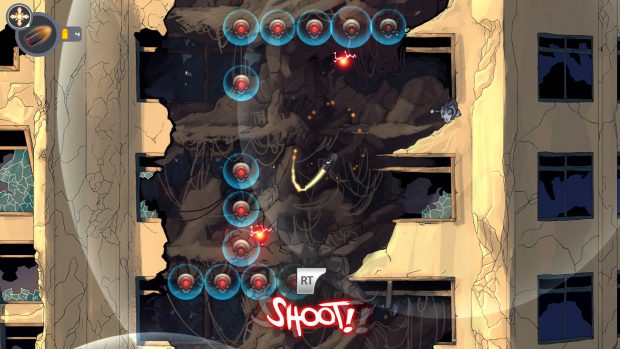 If you’re not solving a puzzle you are most likely fighting off hordes of robots and grunts coming at you. Rise has very little HP and can really only take one or two hits before he dies, making the utilization of cover crucial to survival. What is nice and pretty unique is the ability to shoot the enemies shots out of the air, which becomes pretty necessary to make it through some of the battles in the games as they take on an almost bullet hell type feel. This is where I found playing with a mouse and keyboard more advantageous than playing with a controller. Rise & Shine actually requires some precise aiming to take out certain enemies, I just couldn’t find that type of accuracy while trying to play the game with a controller.

What I found most intriguing about Rise & Shine was the amount of references to both classic and modern games. From characters based on favorites of the past, to bits of decor reminding players of a certain Mushroom Kingdom. I found myself spending extra time walking through levels just to see what games I could pick out next, it was truly like playing “Easter Eggs, the Game”. Game references that Rise & Shine made weren’t even tied to any specific game, some of them were just common themes found in games such as zombies or embarking on an epic quest where if anything can go wrong, it will. 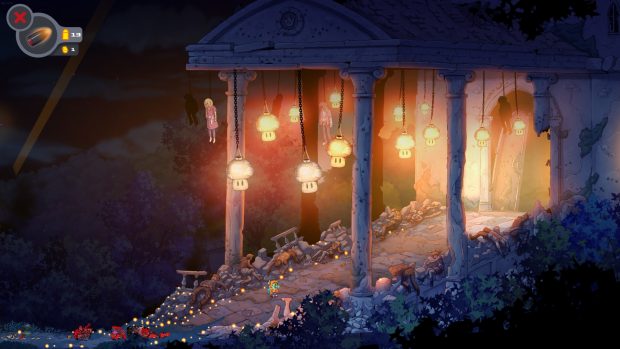 Rise & Shine turned out to be a very charming game that met me with challenges around every corner. The puzzles and battles were fairly manageable on their own, but it was when they combined the puzzle mechanics with the fights that I found myself really enjoying the game. This coupled with the plethora of references to popular games makes Rise & Shine out to be a great game to kick off 2017.

Summary: If you have grown up playing games for most of your life you will find a lot of charm in Rise & Shine. There seems to be a reference for almost all major game out there. My only wish is that is was a little longer, I didn't want to put it down!