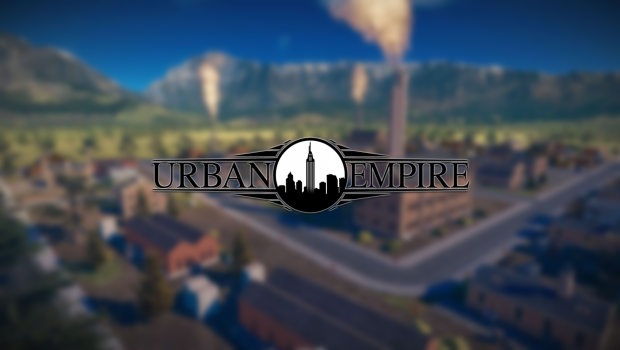 All I wanted to do was legalize abortion. Women were dying because they had to resort to “back alley” options to go through with the procedure. Legalizing it would have given a cleaner and safer option to these women. Unfortunately, I had pissed off all of the political parties in my city so bad that no matter how they felt on the issue they were not going to vote my way. No matter how much I pleaded or demanded they just would not vote my way and the edict was not passed. Sadly, the actions I took trying to get abortion legalized left a sour taste in the city councils mouth and when election time came around I was soon voted out of office. 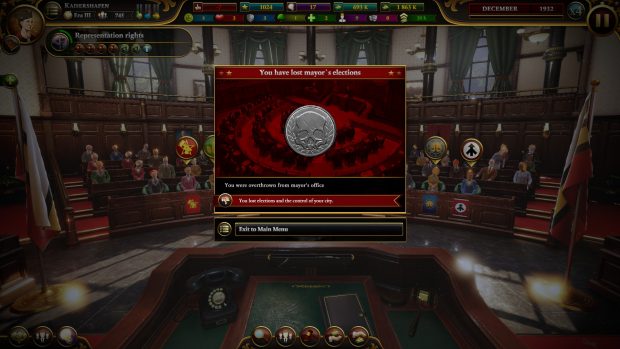 Urban Empire describes itself as a “city ruler” rather than a city builder, meaning that players are the mayor of the city and it is their duty to keep it running in a smooth and efficient manor. Starting in 1820, players are tasked with leading their city through 200 years of scientific and engineering progress. Spanning over five different eras, starting during the Industrial Era, there are a plethora of topics to research, all while trying to pass laws that improve the quality of life for all of the citizens inside the city districts. Obviously everything comes down to money, and if your city isn’t making money, then odds are everything will come crashing down very quickly. 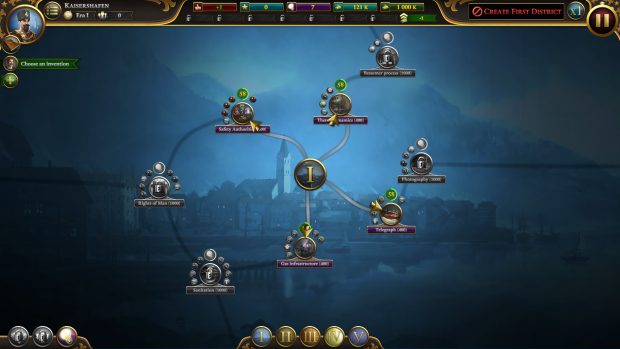 There are two different modes in Urban Empire, a campaign mode where players try to run a city from 1820 to 2020 and a scenario mode where they choose from one of three different scenarios and complete the given objective. Most of my time was spent with the campaign mode and trying to run a city efficiently, and if the story above is any indicator, I have failed miserably. The scenarios, while I failed to complete any of those, were fun and unique to take on. The one I enjoyed the most drops players into an Area 51 type city, tasking them with researching all of the alien tech before a certain date is reached. 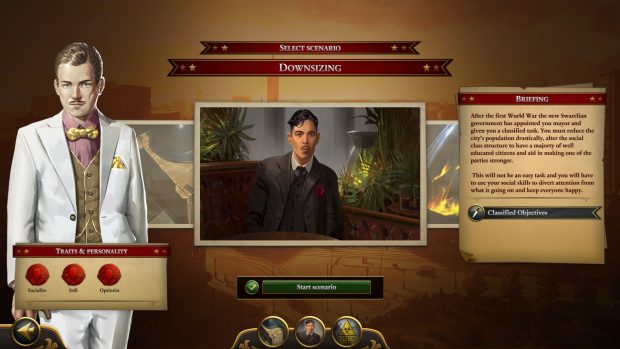 Before starting a campaign in Urban Empire, players have four different families to choose from. Each family has varying traits, ideologies, and backgrounds that effect how the different political parties and citizens react to decisions made. I didn’t notice much difference through the first era using each of the families, and it wasn’t until the second era that I found more personalized decisions specific to each family being brought up. For example, my story above was from when I reached the third era with the Sant’ Elias family. Throughout the first two eras the mother always died while giving child birth, so the mayor of the third generation wanted to improve all aspects of the health field revolving child birth before their term was up. This isn’t the case for the other families though, as their histories vary and affect the goals of each mayor as they take office throughout the eras. 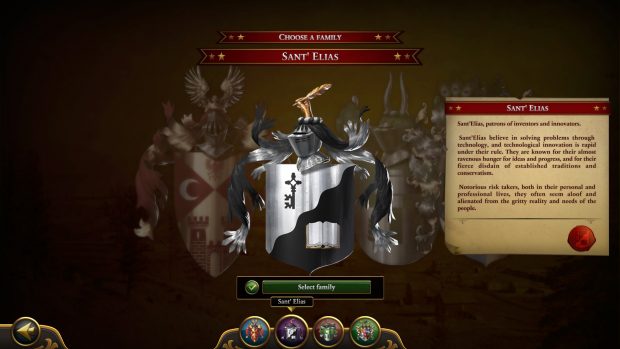 After choosing a family, players are left with a wide open plot of land to start building a city on. It is fairly easy to start off here and the games tutorial does a great job of walking new players through the necessary steps of starting up a campaign. When building a city however, there isn’t much choice for what a player can build in terms of individual buildings except for major structures like schools, police stations, and hospitals. However, which individual houses or businesses will exist are decided solely on how the zones are laid out in the city districts. There are three different types of districts cities revolve around: Residential, Business, and Industrial. A balance of these three are crucial to running a successful city. 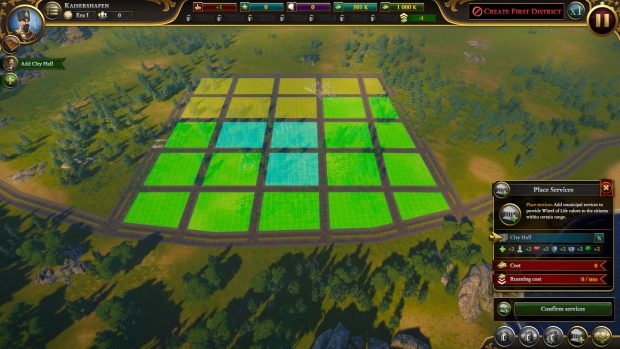 The city council view is where the real meat and potatoes of the game are. This view is where players can decide what edicts they would like to pass to improve their city; ban prostitution, put restrictions on liquor or alcohol, or even choose whether or not to ban 10 year old children from working in factories. However, just because a player says a law should be in place doesn’t mean that it automatically will be done. Each decision must be put up for vote through the city council. 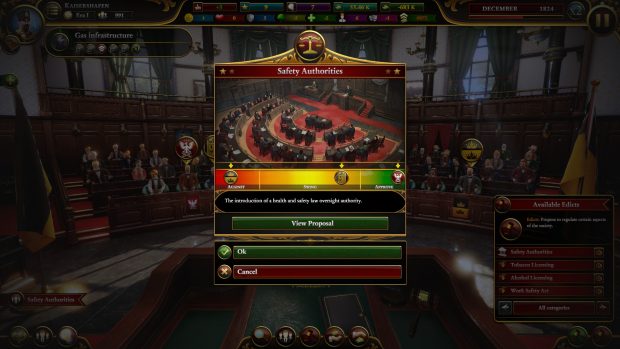 However, there is an opportunity to sway the different political parties before the edict goes up for vote. Players have a chance to gain goodwill with the various political parties through different events that pop up as the game progresses. This goodwill is used to improve status with each of the political parties, making it easier to convince them to approve the various edicts. However, if goodwill is low with a political party, your requests will have little to no effect with them. Except for taxes… they will ALWAYS vote for a raise in taxation of the citizens. 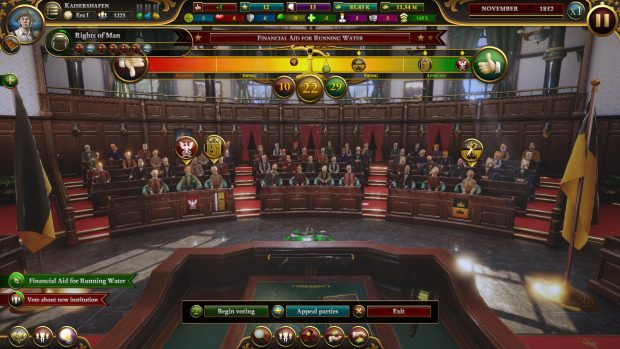 While the game’s pacing may seem slow at times waiting for city council to vote on an edict or for research to finish up, I still found it stressful and challenging to make sure I was balancing my time taking care of everything the city demanded of me. While Urban Empire doesn’t capture the true essence of what it really is like to be a mayor, it does do a great job of showing the struggles of passing bills you believe in while still trying to run a functional city. It may take some trial and error to get going, but once you get the hang of the game it becomes very easy to lose chunks of time to Urban Empire.

I Have the Power!

Summary: Urban Empire does a great job of stressing out players with the tasks of running a city. If you feel like there is downtime, you're doing something wrong.