Browsing the "4A Games" Tag 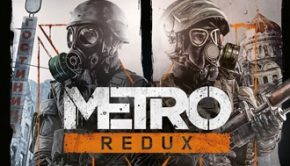 > We may have already gotten a taste of Metro: Last Light with the short gameplay demos from E3, but