>Borderlands 2 will be more PC friendly! 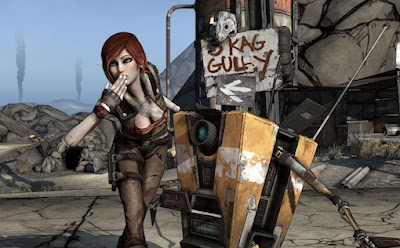 Borderlands was a solid game, but one of the worst console ports ever. We like the game quite a bit here at KBMOD, but man did they ever half-ass this one.

Borderlands 2 is not going to make that mistake. That was really our only concern with the game. Now we have confirmation from the developers that it won’t happen again. They better not be playing us.
In an interview with Kotaku, Gearbox art director Jeremy Cooke was quoted as saying:

“We had a ton of fans who played the game on PC, but they honestly got a port of the console game. We heard a lot of fans say, ‘Hey, you didn’t really take care of us here.’ So, we completely ripped out the UI – there’s a completely new UI for PC, it’s mouse-driven, supports drag-and-drop, all of the things that you would expect in a PC title. It’ll be a lot more fun for people.”

There we go! The UI, at least, will be better for PC this time. I only hope their programmers can get us some console commands to customize the feel even more. They especially need to give us a new FOV command. Playing through a tube was not a fun experience. It is good to know they are thinking of us this time around.
Borderlands 2 will drop sometime in 2012.
Source: Kotaku

>Borderlands 2 will be more PC friendly! →