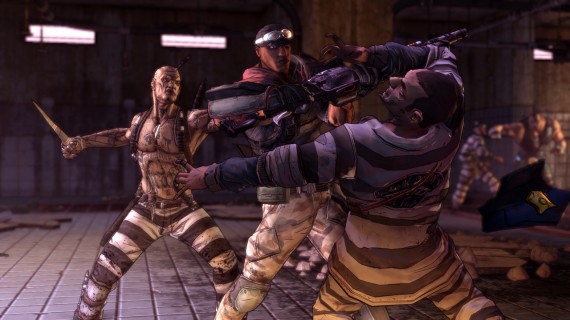 Borderlands is a great game, despite the fact that it was one of the worst console ports ever, it was undeniably fun.  Borderlands 2 is aiming to be even better, even with a tough first act to follow.

The new game starts 5 years after the first one.  The new bad guy will be Handsome Jack, an insane villain has taken for credit for the work that the characters did in the first game.  And he has a moonbase.  Because why not?  Jack has changed the world of Borderlands in many different ways.  His presence will always be there.  The four new characters all hate Handsome, and each for their own reasons.  This will lend unique quest paths for each character.  I have feeling after a while the player will hate him too.

The first thing players will notice visually is a much larger variety of environments.  The same desert over and over got slightly boring in the first game, and Gearbox have realized that.  You will now venture through arctic tundra, grasslands and various other environments.  This will mean meeting different types of animals and wildlife that will surely try to kill you.

If you did enjoy the first game’s story, there will be a lot of details for the original characters.  You will get to find out what happened to them after the first game and maybe what they are up to now.

Good morning! If I die, bury me in the Northern Kingdoms. → 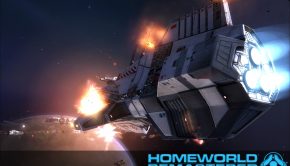