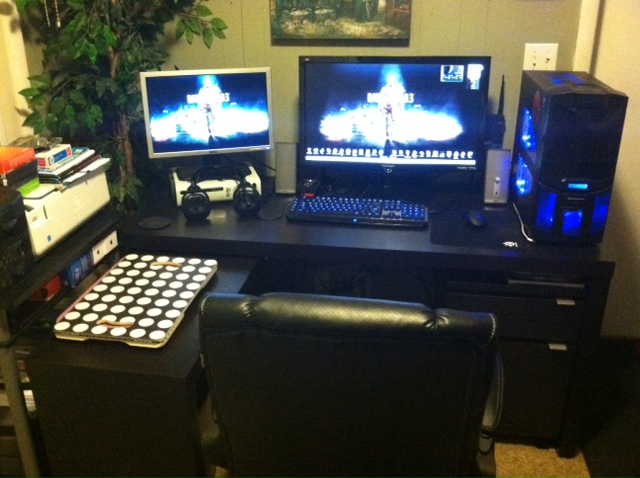 Hi, @BiP0LAR_B3AR or Chris here with my submission to the bro caves. I’m a little older than most of youguys probably, I’m 36 years old. I got back into gaming about the time CoD 4was getting set to come out.

I played mostly on the console until earlier this year after I had someone build my son, who is 11 yrs old, a gaming PC. His PC was built on a pretty low budget, so I started to upgrade it and caught the bug. Couldn’t believe how much better Battlefield BC2 looked and played, So of course I had to build a PC for myself. Pretty much the only thing keeping me from choke slamming my Xbox is Gears of War 3.

I’m currently playing the BF3 Beta, BFBC2, CoD, TF2 and delving into some WoW. There are a couple of things I would have done differently, but this was my first build, this is what I came up with. 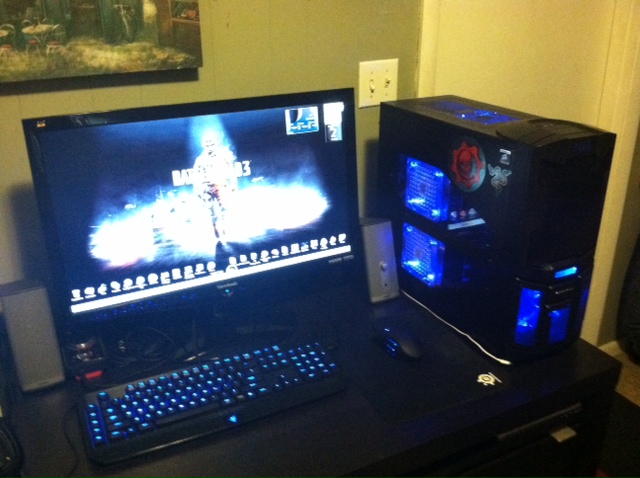 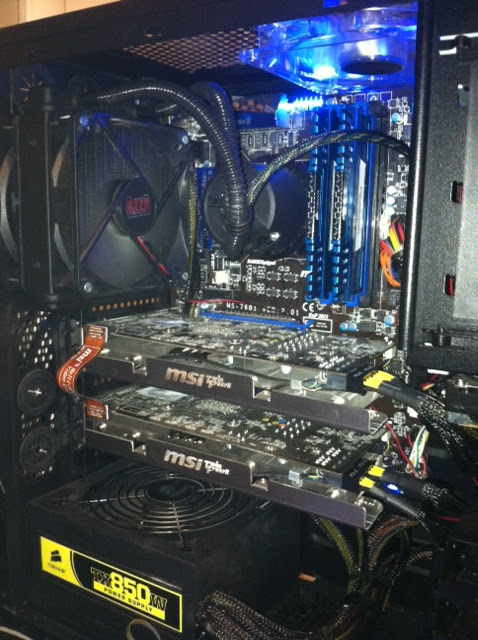 Editor’s note: As one of the elder statesmen around here, glad to see you’re still having fun!